On February 3, the Philippine government presented its second draft of the Nationally Determined Contributions (NDC), a self-determined plan of long-term strategies to reduce greenhouse gas (GHG) emissions. This is intended to be our contribution towards efforts to limit global warming to 1.5 degrees Celsius above pre-industrial temperatures, one of the goals of the 2015 Paris climate agreement.

After receiving criticisms for its initial draft lacking in ambition or strong commitments, government leaders decided to not submit the NDC by the end of 2020 to recalculate the country’s targets for reducing emissions, among other inclusions.

In the latest NDC draft, the Philippines would commit to a 75% reduction in GHG emissions between 2020 to 2030, compared to the business-as-usual scenario for the same period. This is higher than the 30% target by 2040, from the initial draft. It also expresses for the year 2030 to be its aspirational target for said emissions to peak, before decreasing as part of its strategies for a less pollutive development pathway by mid-21st century.

While these are welcome inclusions in the NDC, there remains significant gaps in the four-page draft that, as currently written, seems to focus more on compliance than substance.

One of the biggest issues with the NDC development process is the lack of consistent transparency regarding the policies and measures to be implemented, covering the sectors of agriculture, waste, industry, transport, and energy. This is not aligned with the intent of the Paris Agreement in promoting transparency in the processes leading to the submissions and reports of countries, including the NDC.

It also contradicts the “whole-of-nation” approach that government leaders have been calling for regarding climate action. These strategies will affect the lives of Filipinos, making all of us stakeholders in this matter. As such, the burden of proof is on the Philippine government to inform its citizens throughout this process about the science-based rationale and modes of implementation for these policies and measures, and their impacts on emissions reductions and the well-being of communities and sectors.

This circumstance indicates that despite the higher target, the current NDC draft arguably remains lacking in ambition. Government leaders have already expressed their intent of using the NDC to negotiate with developed nations and other multilateral institutions for adequate finance, technologies, and capacity-building mechanisms needed to implement its policies and measures. This task would be more difficult to accomplish if they plan to figuratively keep its cards closer to its chest when sitting down with the rest of the world.

[OPINION] The environmental crisis must be a matter of national security! 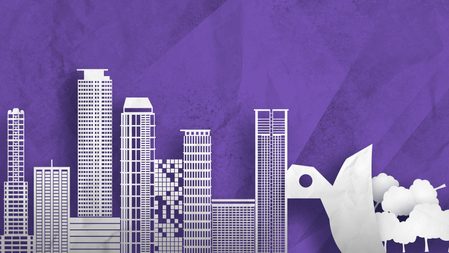 The lack of focus on the forestry sector in the current draft is also problematic. This sector is essential for national efforts for a more carbon-neutral development pathway that has implications beyond reducing emissions; it also affects biodiversity conservation, local livelihoods, resilience to climate-related hazards, and other aspects.

Climate change mitigation is not only about the potential for reducing GHG emissions. It also involves through forests and other natural carbon sinks the removal of the human-induced GHG emissions already in our environment; these are what actually causes the stronger super-typhoons, more intense droughts, sea level rise, and other climate-related hazards we have experienced in recent decades. Without the inclusion of the forestry sector, the Philippine NDC falls short of truly becoming an economy-wide plan.

There has been a lack of consistent opportunities for the meaningful participation of civil society in the NDC development process. Aside from being in contrast to the “whole-of-nation” approach, it also contradicts the mandate specified under RA 9729 or the Climate Change Act of 2009, which requires the State to “enjoin the participation” of non-government organizations, among other sectors and for specific government agencies to “create an enabling environment that shall promote broader multi-stakeholder participation” for climate action.

Throughout this multi-year process, most Philippine civil society groups, which represent local communities and the most vulnerable sectors such as women, youth, and indigenous peoples, have not been either provided enough spaces for impactful engagement or given enough time to be prepared to engage in available spaces. This needs to change moving forward, especially when the time comes for the Philippines to translate words in the NDC into action.

The inconsistent involvement of CSOs is a part of an unfortunate trend observed in recent years. From participation in Philippine delegations to global negotiations to domestic decision-making processes, the inclusive and active participation of civil society and other non-government stakeholders has shown signs of decreasing. This is ironic for a country that has been championing climate justice at the international arena for decades.

That said, all of these issues with the Philippine NDC should only encourage more non-government stakeholders to become more active in processes involving not only this climate pledge, but also other aspects of climate policies and actions. We are all stakeholders during this era of climate emergency, and we all must be willing to work together, speak up, and commit to meaningful action. – Rappler.com

John Leo Algo is the Deputy Executive Director of Living Laudato Si’ Philippines and a member of the interim Secretariat of Aksyon Klima Pilipinas. He has been representing the Philippine civil society in UN regional and global climate conferences and negotiations since 2017.