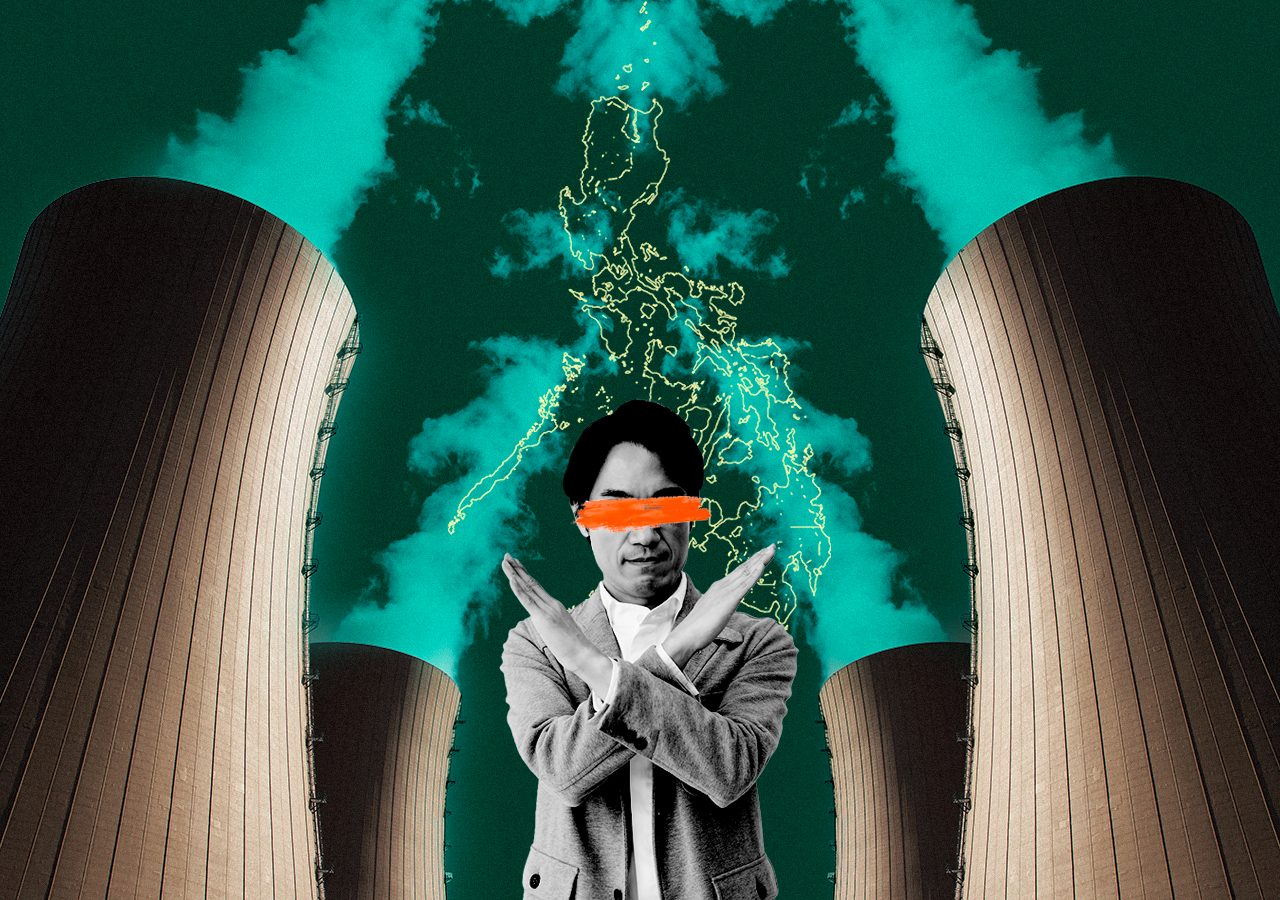 Facebook Twitter Copy URL
Copied
'Nuclear energy should not become a major part of the future Philippine energy system. Here are reasons why.'

Nuclear energy has emerged as one of the most controversial issues on energy security and national development in the Philippines. The most recent Presidents, Rodrigo Duterte and Ferdinand Marcos Jr., have openly supported for nuclear to have a much larger presence in the country’s energy mix.

With these pronouncements come renewed debates on whether to revive the Bataan Nuclear Power Plant (BNPP), whose construction began under the rule of the current President’s father. The power plant was never operationalized due to strong opposition over issues of corruption, high costs, safety, and sustainability, with attempts for its recommissioning successfully blocked in the past few decades.

However, with stronger political support, advocates for nuclear have been bolder on their claims for this energy source, citing its fewer greenhouse gas (GHG) emissions than fossil fuels (coal, oil, gas) that makes it a potential mitigation option against the climate crisis. They also emphasize its capacity to match the nation’s baseload energy requirements.

At the moment, the nation is still in the stage of considering options for sites, technologies, and proposals for installing facilities. However, the Philippines has a chance to change its course and avoid making the same mistake again.

Nuclear energy should not become a major part of the future Philippine energy system. Here are reasons why.

The Philippines is exposed to different types of hazards, including climate-related threats such as typhoons and extreme rainfall. Without drastic reductions in GHG emissions, these threats can potentially become even more destructive in the coming years, around the time nuclear plants would start being operational. This is not to mention other natural hazards to which the country is exposed, especially earthquakes as it is situated right along the Pacific Ring of Fire.

It must be remembered that the 2011 Fukushima nuclear disaster in Japan occurred largely because of an earthquake and tsunami. Lessons must also be learned from the case of the BNPP, which was ridiculously overpriced yet was filled with so many technical and financial issues that made it unideal to be operationalized.

With its high vulnerability to worsening climate change impacts and other natural risks, making the Philippines dependent on nuclear power puts many communities at high risk to the impacts of a potential disaster.

Supporters of nuclear energy have still not presented a clear-cut solution to the problem of safely disposing radioactive waste; not even developed nations have truly figured this out. Despite the frequent suggestion for disposing of used nuclear fuel deep underground, there is currently no such licensed geological repository. This means that the radioactive waste currently awaiting disposal presents a high risk of leaking radiation and other harmful impacts that can pose serious risks to human health and the environment.

Do not take the seemingly-high public support for nuclear at face value, either. Surveys may have shown that a majority of Filipinos are in favor of nuclear energy in the country, but they also reveal that many would not want a nuclear power plant or waste storage facility near their respective communities. Even former Energy Secretary Alfonso Cusi recognized this, saying that “the only problem is, ang sinasabi ay not in my own backyard”. This proves that public support for nuclear power in the Philippines is more polarizing than what it seems.

Incidents like the Chernobyl and Fukushima disasters already show undeniable proof that nuclear poses higher levels of safety and security risks than other energy sources considered as alternatives to fossil fuels. This is why the Philippine government must exercise the precautionary principle, a vital part of the country’s environmental management framework, and protect the rights of its citizens to a healthy environment, as recognized under global and national policies. As mentioned, the BNPP is extremely expensive. It was built based on a $500-million proposal of Westinghouse Electric, but with its construction being littered with technical issues (i.e. location at high risk to earthquakes) and financial controversies, the project ended up costing $2.3 billion. This has resulted in a tremendous debt that had to be repaid by generations of Filipinos, whether they support nuclear power, its proponent politicians, or otherwise.

Yet this is not a unique case, as a nuclear plant is known to be the most expensive plant type to build. Long project cycles and high capital costs make it a risky investment, which has been amplified during times of crises much like the COVID-19 pandemic and the Russia-Ukraine conflict.

There has also been many instances of construction delays, funding issues, project cancellations, and safety concerns associated with nuclear in many developed countries. These occurred despite strong government support, including through subsidies financed through shifting construction costs and the burden of risks to taxpayers.

Something similar is currently seen in the Philippines, where the current energy policy framework allows operators to pass on losses and costs incurred to consumers. Should nuclear plants be built, there is a likely possibility that the already-expensive electricity costs would even be higher.

It should be noted that the costs of electricity from renewable energy (RE) are projected to decrease in the coming years, while the cost from nuclear would increase instead. By 2030, RE-produced electricity will have a lower average levelized cost of electricity (LCOE) in the Asia-Pacific than that produced from either nuclear or coal.

For instance, the LCOE for solar photovoltaic will decrease from 2021 to 2030 for utility, commercial, and residential purposes. The LCOE for onshore wind will also be cheaper during this period. These types of RE are either cost-competitive or already cheaper than nuclear, which is likely to become more expensive by 2030, and much cheaper than coal or gas, the latter of which is another energy source being pushed for by the current administration.

Instead of yet another round of “band-aid” solutions, Philippine policymakers must instead commit to further develop RE instead of nuclear, coal, or any other fuel source. – Rappler.com

John Leo Algo is the Deputy Executive Director for Programs and Campaigns of Living Laudato Si’ Philippines. He is a member of the Youth Advisory Group for Environmental and Climate Justice under the UNDP in Asia and the Pacific.