The last season of the Trump reality show was an interesting one, but ultimately left his biggest fans unsatisfied.

The year started off with his mishandling of the pandemic, which has now cost over 269,000 American lives and counting. Scandals like calling veterans “suckers” and “losers,” tear-gassing innocent rectors, or the revelation that he paid more in taxes to China and the Philippines than the US federal government would have sunk any other politician, but somehow, he survived. Being impeached for misusing the power of his office in an attempt to bully a foreign country to help him in the election? That just got shrugged off in our new normal.

Amazingly, despite all that happened during his term, 10 million more Americans voted for Trump in 2020 than 2016, including a significant portion of Fil-Ams. Veterans who rely on Social Security checks nonetheless stayed in their lane and voted for him, even though their benefits were cut by the same tax bill that cut taxes mainly for the rich. The religious right voted for him, too. In 2016, the thought was that they’d hold their noses and vote for him. By 2020, they voted for him enthusiastically.

Looks like it paid off – the Supreme Court justice whose appointment was rammed through days before the election (despite having only two years’ experience as a practicing lawyer and never trying a case or appeal to verdict in court) provided the crucial swing vote in a 5-4 decision that blocked New York’s governor from imposing limits on attendance at churches and synagogues. Despite the pandemic, and despite several super-spreading events stemming from weddings, funerals, and White House parties, the highest court in the land now subscribes to the theory that religious freedom trumps science and public health concerns, even in the midst of an unprecedented pandemic.

US Supreme Court sides with religious groups on virus rules 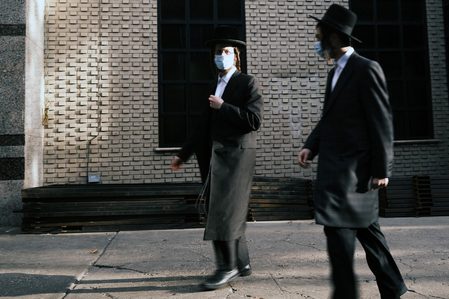 One thing that has become painfully clear since Trump is that this is not actually the first year that most of us have been in a bubble. The new diversity is not one of ethnicity or skin color, but diversity of political opinion. Social media and the social engineering behind the algorithms only exacerbate this problem. Click on any article of any political bent, and expect your browser to suggest more along the same lines. In a few clicks, the internet can get you to the most extreme of anything you can imagine. Curiosity about alternative facts might not kill you, but it can lead you to believe some pretty outlandish, unfounded, irrational things, as long as you trust the source.

This is mirrored in real life as well – people start to avoid their friends and family with opposing political views, but hanging out with like-minded folx tends to push people to extremes. The opinions of people in positions of authority have power as well. Professors, teachers, pastors, or priests aren’t always impartial, and their words can influence hearts and minds. This is especially true of religious leaders, who often serve as the arbiters of right and wrong in their communities. Shortly after Trump caught COVID, there was a pastor who confidently assured his flock that Trump’s infection was fake news, without ever even bothering to look into the facts. He then had to issue a correction once the news was on Fox, because apparently if it’s on faux news, it must be true.

If religion is the opiate of the masses, what would politics be? In our bubbles, religion and politics both divide more than they unite, and patients should be cautious when mixing them. This proclivity extends to the highest levels of government. Like many middle-aged Christians, Mike Pompeo believes in the Biblical prophecies about the end times, and gets disappointed when he thinks they won’t happen in his lifetime. Unlike them though, he is America’s top diplomat, and much of his former and current work in the Middle East has been his way of ushering in the end of days. More powerful than a regular apocalyptic cult member, the rumor is that Pompeo recently met with Israel’s Netanyahu and Saudi Arabia’s Mohammed bin Salman about a possible strike at Iran, which Trump has openly asked his aides about.

The greatest con that the MAGA showman pulled was to convince white heterosexual cisgender Christians that they were somehow oppressed, despite the fact of systemic racism in real day-to-day American life suggesting otherwise. In line with this thinking, D Tiddy made it okay to say the quiet part out loud. If he could name-call his enemies like a schoolyard bully, openly bray dated racist language, and plunder the Secret Service and Pentagon funds to support his addiction to golf and construction, then it was okay for people to say what’s really on their mind. Fil-Ams that dare to speak Tagalog in public or even just exist while looking Asian would get stared down or even assaulted by random strangers in the Trump era.

Even after the peaceful protests this summer, racism is still very much alive. While lawyers from two major firms that represented Trump either donated more to his opponent or dropped out of his frivolous lawsuits to protect their reputations, erstwhile 9/11 hero and current Trump henchman Rudy Giuliani is still on a quixotic quest to disenfranchise millions of American voters and overturn the clear results of the election. In two key states – Pennsylvania and Michigan – the large margin of Biden’s victory was propelled by the suburbs, yet the Trump campaign is seeking to specifically target the votes of voters in Philadelphia and Detroit, whose demographics skew darker than suburbanites.

Stay tuned to the January 5th run-off election in Georgia, which will decide the last two Senate seats. Currently, the Republicans hold a 50-48 advantage, but if the Democrats win both run-offs, Vice President-elect Kamala Harris would break any ties. This has huge implications for any reforms that the Biden administration is planning to make in criminal justice, education, energy, social services, or immigration. With the judicial branch stacked with young Federalist-Society-approved radicals, and an executive branch decimated by Trump-induced brain drain that prioritized political appointees over nonpartisan long-term civil servants, control of the legislative branch will be key.

Biden’s cabinet picks are globally respected, but one obstacle remains for the US to ‘lead the world’ again The one policy proposal Biden has put forth that would most impact Fil-Ams is a proposal to treat the spouses and children of legal permanent residents as “immediate relatives” under immigration law, a designation currently reserved for the spouses, children, and parents of US citizens. Immediate relatives do not have to wait years or decades for their visa priority dates to become due, and there is no numerical limitation on them like the employment or family preference categories. This would benefit not just the beneficiaries themselves, but also cut the wait for Philippine-born adult sons and daughters (over 21) over US citizen sponsors, who currently face a decade of wait if unmarried, two decades if married. More importantly, the estimated 30% of the Fil-Am population that hold green cards would potentially reunite with their family members sooner.

The future of the world depends on the votes of ATLiens in Georgia, who just chose Biden over Trump by a narrow 0.2% margin, but gave the GOP 8 House seats in Georgia to 6 for the Democrats. The world’s a stage and everybody has to play their part, but we’ll have to wait until January to see if the momentum that started with the Women’s March on Washington (the largest single-day protest in US history) on the second day of the Trump administration will stop with Biden’s inauguration, or if the appetite for change will still continue. – Rappler.com

Jath Shao is a lawyer, writer, and op-ed contributor with offices in Manila, Taipei, Cleveland, Chicago, and New York. An immigrant from the Philippines, Jath helps people achieve the American Dream.