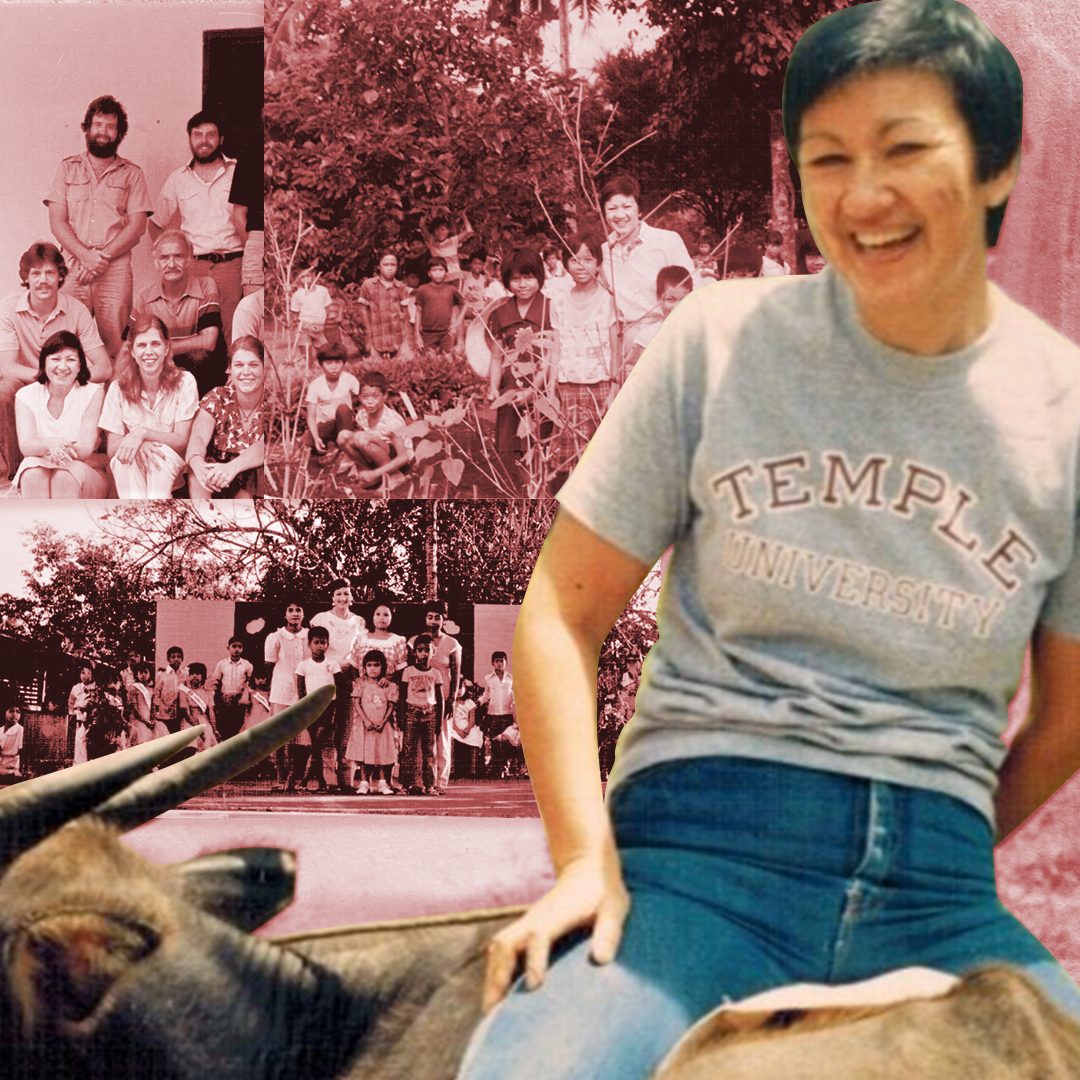 Facebook Twitter Copy URL
Copied
'My group, Batch 214, was the last to serve in Mindanao. Within three months of our arrival, someone had sent us a Yankee, Go Home love letter, planting a dead grenade under a post vehicle.'

In February 1985, I celebrated my 47th birthday crossing the international dateline for my glory days with the Peace Corps. For the next two and a half years, I served in the Philippines, my father’s home of origin.

My group, Batch 214, was the last to serve in Mindanao. Within three months of our arrival, someone had sent us a “Yankee, Go Home” love letter, planting a dead grenade under a post vehicle. It was the first such incident in Peace Corps history. We evacuated to Legaspi, dead set against terminating our service. Our decision makers finally agreed we could remain in-country at sites other than Mindanao, and about four weeks later, we were officially sworn in as Peace Corps Volunteers (PCV).

The next day, I endured a sweltering ride to Irosin, Sorsogon for an assignment at Barrio Gulang-Gulang. I settled into my temporary housing, then met with the elementary school headmaster. He assigned me to a class; my co-teacher delighted in having a native English speaker for her students.

Health issues surfaced quickly. One day, I noticed a boy, Jose, limping. They had no school nurse, so I treated Jose’s minor leg cut with peroxide and Band-Aids. His inquisitive classmates hovered as though they had never seen such basic remedies. My “patient” healed, and I became a first-aid hero. You could buy one Band-Aid or one aspirin at the sari-sari store, but for some, even that cost was difficult. Locals also complained that aspirin did not work. They were right; it was half-strength.

My co-teacher agreed to a vegetable garden after I mentioned food insecurity. I obtained free seeds, and every day the students composted with saging (bananas) or other such skins. Every day we watered, and the kids swelled with pride at their rapid success (though I think success came more from their teaching me). However, our joy tanked from night visitors raiding the garden. On the last-straw morning of missing veggies, a student again taught me, saying, “It’s hopeless.”

As my language skills and confidence advanced, so did my needs-based projects: herbal medicine/nutrition classes, a barrio clinic, income generation, and more. Each project built on the earlier one, and the headmaster and parents rallied input and support. The adults also taught me how to make something from nothing. I just kept moving forward. The tsismis (gossip) became, “She shows up and never misses a day!”

Months after my arrival, my grown sons arranged my first phone call from home. We had no cell or email service then. I bused two hours to Legaspi for the event, and sweated in a hot, unventilated, claustrophobic booth. I missed them so much, I wept at the sound of their voices. “Had I made a horrible mistake?” They asked how I managed the torrid heat. I said, “Well, there are three temperatures: hot, hotter, and hottest.” (I never had long hair again.) When I raised concerns about the cost of the call, they said, “Don’t worry. Talk as long as you like.”

That reconnection proved my turning point. I determined never to quit from loneliness, and it was all muscle memory from there. In the same way Alex Haley sensed knowing when he visited his African village, Philippine soil echoed my past. I ticked off one project after another; the work and months sprinted along. By November 1986, my service was winding down, and I had succeeded in ways I never dreamed possible. But the need for a 10th and last project haunted me. When I pitched it to the headmaster, he said, “Pero Doctora, you have so few months left. There is not enough time.” I answered, “Have I not completed everything else?”

Cleft palate was a common birth defect, traumatizing children’s lives: first ridicule, and then the inability to go to school, work, or marry. The headmaster identified three children, two little boys and a younger girl. Their families entrusted me with their children for the visiting surgical team in a Legaspi clinic. I educated the accompanying parents of each child and raised funds to travel, feed, and lodge the seven of us for the overnight trip.

The night before their big day, I ordered banana splits with chocolate sauce, whipped cream, and a cherry. Ice cream was novel for some of them. Those dazzling smiles were worth every peso.

The morning waiting room was packed, and our anxieties rose when we saw the barebones resources. The clinic offered no hospital gowns, no pre-sedation, no gurney. The kids wore their street clothes into the operating room. With a helper, our two little boys braved their walk to surgery. An orderly carried our little girl, trembling and tear-soaked, in his arms. I winced until anesthesia numbed her screams. Then the fear. “What if something goes wrong?” But it did not. After their healing, they were runway-ready for their Valentine’s Day ceremony. I presented them pre-and post-photos in heart-shaped frames. Today, my heart sings when I think of them.

Providence blessed me in Irosin with the most loving host family. Edith and Jesus Gabito (both now deceased) treated me like a daughter and were generous with their wisdom, patience, grandchildren, German Shepherd Ali, and, of course, food. I packed on more kilos from their mouth-watering meals. Ah, sinigang! Many dishes were reminiscent of my dad’s cooking from the ‘40s and ‘50s. The Gabitos gave me refuge and I always felt they would protect me with their lives. During the 1986 People Power Revolution, one local teased me about potential danger:

Days before my close of service in April 1987, Mrs. Gabito invited me out to their farm for a carabao ride. When she saw how I climbed onto the beast, she asked, “Why do you want to ride backwards?” I said, “Well, it’s kind of how I go through life.” At 83, I remain indebted to this family for accepting a Kanâ into their home, and I am still in love with them.

Like most PCVs, I received more than I gave, and my experience made me a better person. Happy 60th birthday, Peace Corps. – Rappler.com

Diane Rodill, PhD is a family historian documenting her father’s epic 1894-1977 life in a historical biography, “A Filipino Rascal: Philippine Revolution to Korean War.” You can learn more about saving family stories before they are lost on her website.