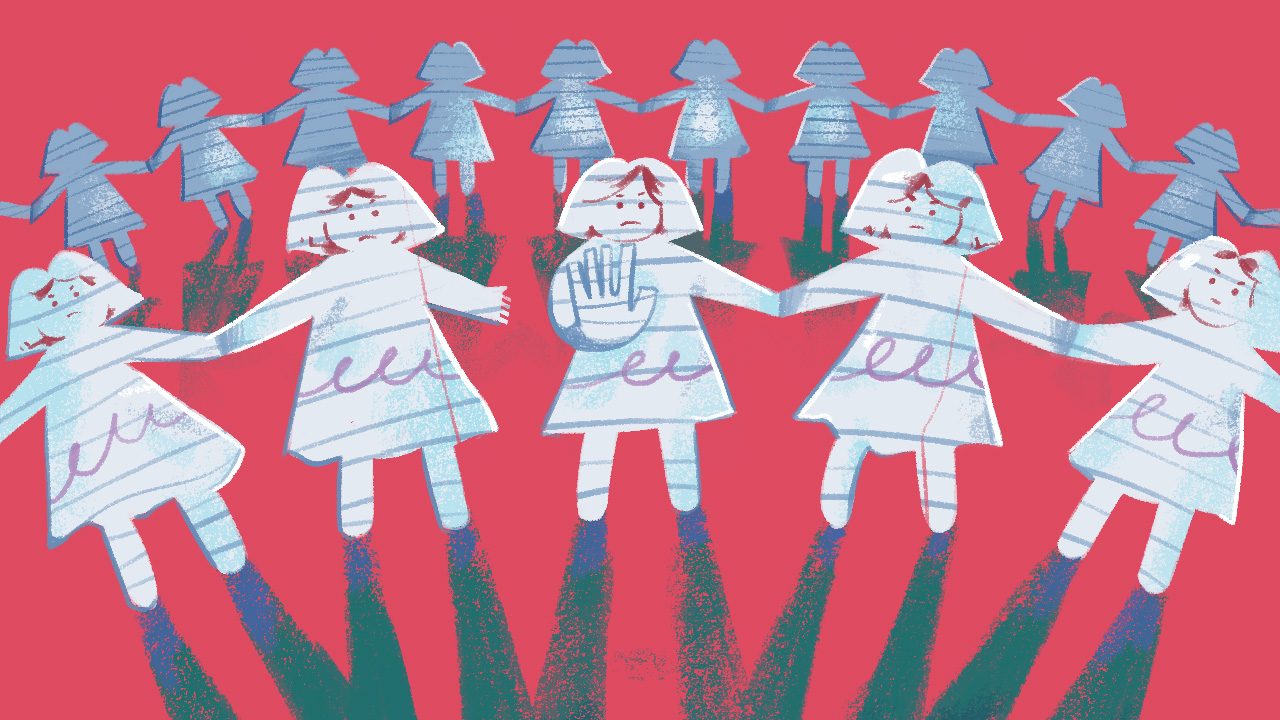 Facebook Twitter Copy URL
Copied
Very recently the Philippines has been in the international spotlight for an important legislative milestone: the approval by the House of Representatives of a new legislation set to raise the age of consent to 16. What can UNICEF PH say about this development?

The following is an interview between ENGAGE co-founder Simone Galimberti, and the Child Protection team of UNICEF Philippines.

On the new legislation raising the age of consent

Q: Very recently the Philippines has been in the international spotlight for an important legislative milestone: the approval by the House of Representatives of a new legislation set to raise the age of consent to 16, finally changing the existing provisions that allow adults to legally have sex with children as young as 12. Could you share the key events that led to such an important milestone? Once the bill becomes law, what should be done to ensure the enforcement of the new provisions?

A: There are a number of factors that have led to this positive development.

Finally, systematic advocacy actions carried out by UNICEF, the Child Rights Network, and the broader child rights community on the need to increase the age for determining statutory rape and equalize protection of both boys and girls against sexual violence, through policy briefs, social media campaigns, direct engagement with Congress, contributed to drive the public discourse on the issue and promote this positive development.

On online sexual abuse and exploitation

Q: Over the extended lockdown enacted to prevent the spread of COVID-19, there has been a massive increase of “Online Sexual Exploitation of Children” (OSEC) of which the Philippines has become a global hotspot. A major report, released by the Washington-based International Justice Mission in May 2020, highlighted how often family members, including parents, are those facilitating such abuses. A positive development was the recent signing of the Child Online Safeguarding Policy by the Department of Information and Communications Technology. How can such a policy make a difference?

A: The policy supports the implementation of the Free Internet in Public Places Act, highlighting the accountability framework of government and the ICT industry. The policy will provide protective and safety mechanisms for the users, especially children. It contains provisions on behavioral protocols; prevention warnings/messaging; child-friendly reporting mechanisms; guidelines on blacklisting and whitelisting; among others.

Q: How can the Anti-Child Pornography Act of 2009 be strengthened?

A: UNICEF is developing a policy brief with the Child Rights Network that attempts to assess the gaps, if any, in legislation and relevant policies, that prevents and addresses online sexual abuse and exploitation of children. The Anti-Child Pornography Act is just one of a number of laws that provides such mantle of protection for children. Among gaps that need to be addressed, are the denomination itself of the violation, noting the limitation and even discriminatory use of the term child pornography.

RA 9775 or the Anti-Child Pornography Act of 2009 was enacted more than a decade ago and considering that the digital environment is rapidly advancing, there are some platforms that are being utilized for Online Sexual Abuse and Exploitation of children that were not present during the enactment of this law, such as livestreaming on social media platforms, as such there are no provisions in the law addressing this specific act.

On the role of social protection, especially the conditional cash transfer

Q: UNICEF has been advocating for a major boost to the Pantawid Pamilya Pilipino Program (4Ps), a major national cash transfer support program that has been highly effective in the past but has been stalled for several years. Why would strengthening the 4Ps make a huge difference for millions of children in the country?

A: In the Philippines, the Pantawid Pamilya Pilipino Program (4Ps) is the flagship national social assistance program directly benefitting around 4.3 million poor households with 7.8 million children as of June 2020. It has consistently showed encouraging results in keeping children healthy and in school. Both outcomes are important indicators of human capital accumulation leading towards increased productivity in adulthood and eventually, breaking the inter-generational transmission of poverty.

In addition, given the impact of COVID-19 on families and communities, particularly the most vulnerable ones, strengthening the 4Ps programs, becomes even more critical.

On the institutional strengthening support carried about by UNICEF

Q: Could you tell us about the ongoing work being carried out by UNICEF Philippines to strengthen existing institutional child protection mechanisms?

A: UNICEF works in close collaboration with key government authorities to strengthen the capacity of national and local child protection systems to more adequately prevent and respond to violence against children, and in particular: with DSWD, to expand the provision of parenting programmes, strengthen the effectiveness of the case management system and enhance the technical capacity of statutory authorities; with CWC, to support the coordination of the child rights and the violence against children agenda; with the Juvenile Justice and Welfare Council, to expand the use of alternatives to the deprivation of liberty for children in conflict with the law, including through the use of diversion of programs.

A: Collection of administrative data on violence against children has challenges across agencies. The child trafficking database is embedded in the Inter-Agency Council Against Trafficking (IACAT) Strategic Plan. UNICEF continues to work with the Council for the Welfare of Children, and recently, with the Philippine Statistics Authority, towards a more predictable collection of such administrative data. This is admittedly quite a long journey but the impetus towards this is provided by the SDG as well as the development plans of the Government.

Q: The Philippines has been recently battered by several typhoons, which have created havoc among local communities that were already particularly hit by the health and economic crises caused by the pandemic. Amid calls by UNICEF to protect children in such dangerous levels of vulnerability, what is happening on the ground right now?

On upcoming legislative work being supported by UNICEF

Q: Are there any other legislative priorities that the government of the Philippines is working on with the support of UNICEF Philippines in the area of child protection?

A: Aside from the Age to Determine Statutory Rape and the review of OSAEC-related legislations, we are supporting the formulation of the Magna Carta of Children, both by the Philippine Congress as well as the Children’s Code of BARMM. UNICEF is keen on ensuring that children’s participation, especially those sectors of children most marginalized, will inform the formulation process. We continue to advocate for the full implementation of the Juvenile Justice and Welfare Act and the Children in Situations of Armed Conflict Act. We have also publicized our support for a Positive Discipline Law and provided technical support for the Civil Registration and Vital Statistics Law, among others.

Simone Galimberti is the Co-Founder of ENGAGE and writes on social inclusion, youth development, regional integration, and the SDGs in the context of Asia Pacific.

Patrizia Benvenuti is the Chief of Child Protection of UNICEF Philippines.

Rodeliza Barrientos is a Child Protection Specialist of UNICEF Philippines.