[OPINION] Hidilyn Diaz is the ‘Mockingjay’ 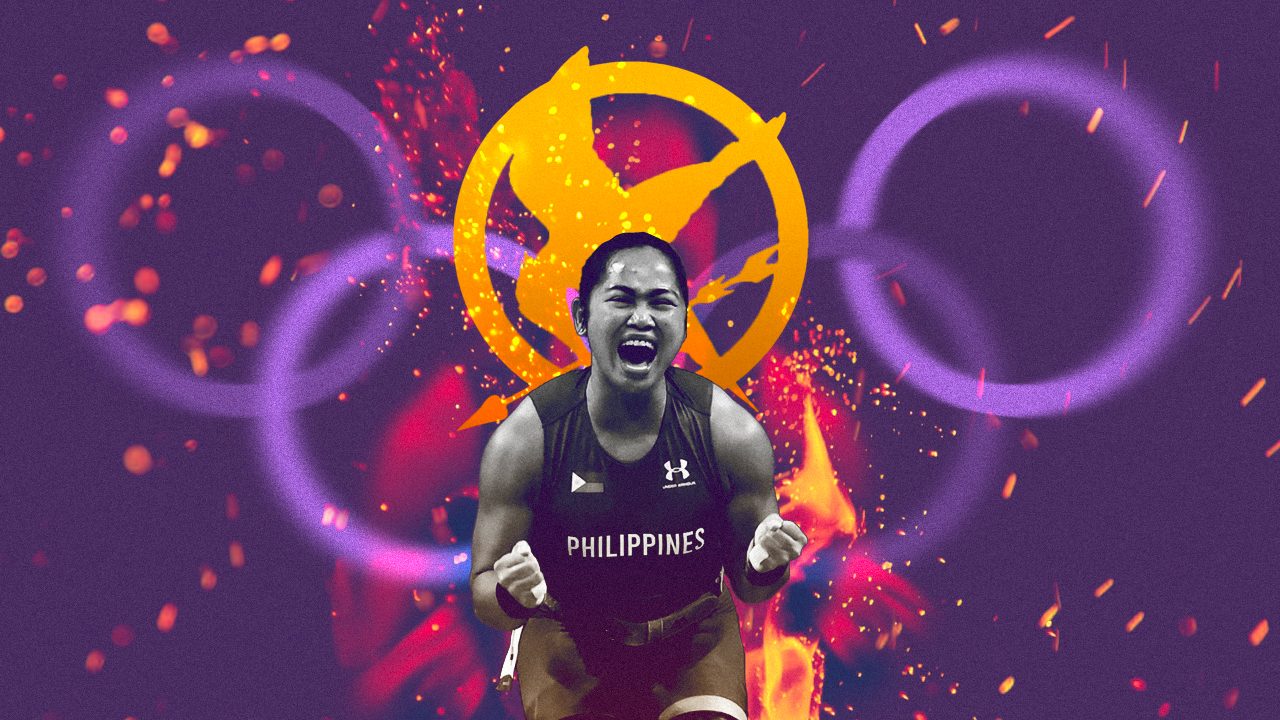 Whether Hidilyn Diaz likes it or not, she has become more than just the “Mockingjay” of Philippine sports – the heroine now wields a viable influence that can make or break a politician’s career.

According to Facebook’s sports newsletter published on Tuesday, July 27, Hidilyn was the most mentioned athlete globally within 24 hours of her Olympic victory. Google Search also showed 500,000 searches on Diaz on the day that she won, topping the country’s Google queries.

President Rodrigo Duterte is the first casualty of her newly-minted power.

Hidilyn’s historic triumph in the Tokyo Olympics overshadowed Duterte’s long-winded and incoherent State of the Nation Address (SONA). The historic moment of clinching the elusive Olympic gold took the top billing in national newspapers instead of Duterte’s lackluster SONA.

Indeed, it was a slap on the face of the unapologetic Duterte administration that vilified her image in by linking her to a supposed oust-Duterte plot. Everyone involved in the erroneous matrix including then-Palace spokesman Salvador Panelo was not spared from public humiliation.

Her victory dealt a huge blow to online trolls – paid and unpaid – who had mocked her for seeking financial help in her Olympics training. Now, those who had criticized her for being supposedly opportunistic have all joined the congratulatory bandwagon.

It might not be clear yet for those who intend to run for president in May 2022 but Hidilyn – like Katniss Everdeen of The Hunger Games – is now the darling of the Philippines. Her voice now has a huge bearing on public opinion; a game changer for any presidential campaign.

Like President Snow, Duterte knows he can’t afford a champion turning into an outspoken critic.

In a brazen attempt to prevent any backlash and instead of apologizing for the malicious accusations manufactured by Malacañang, he told Hidilyn to just let “bygones be bygones.”

Some critics had hoped that Hidilyn would exploit the wound inflicted by her inclusion in the supposed oust-Duterte matrix and use her platform to antagonize the Duterte administration. But Hidilyn chose to have closure instead. She said she had already forgiven those who have caused her fear and doubt.

Duterte also acknowledged her political influence, saying: “You are already a celebrity. It’s a political stock. Take note of that. One day you’ll want also to – baka makatulong ka sa (maybe you can help the) country in some other way, other than being a soldier.”

Whoever has Hidilyn’s endorsement in the 2022 presidential election may have the numbers on their side because elections are easily won by those who are popular or are endorsed by them.

With the opposition’s dwindling popularity and unclear plans, Hidilyn may just be the Mockingjay they need to have a fighting chance against an administration that still enjoys high public approval ratings in its final full year. Perhaps, Malacañang is right about fearing her because it only takes one woman like her to set the dishonest Palace ablaze.

The Olympian recently said that she would vote for a leader who is a winner, God-fearing, humane, selfless, nurturing, and brave – qualities that mostly don’t apply to Duterte. This offers a glimmer of hope for Duterte critics who have seen her fistbumping the President and his allies in photos.

Hidilyn, a member of the Philippine Air Force, also said publicly that she believes the disputed West Philippine Sea is ours, even if she does not want to meddle in international affairs.

The world champ has already made a drastic and hopefully lasting change in public opinion in relation to financial support for athletes. Her journey – herstory – highlighted the grim reality of sports in the Philippines, one that the likes of chess Grandmaster Wesley So had turned his back from.

In the months leading up to the elections, multiple politicians will surely ask for her endorsement. If she ever decides to support anyone, I hope it will be someone who truly embodies the qualities that she herself had enumerated.

We don’t want another six years of a fear-mongering, dishonest, inhumane, and spineless government.

Until Hidilyn – our Mockingjay – decides, she is forever our victor of strength and courage. After all, there are much worse games to play. – Rappler.com