[OPINION] Questions from a member of the Iglesia ni Cristo Facebook Twitter Copy URL
Copied
'Why must we attain our salvation in the next life by making this life hell for others?'

This essay is for the youth in the Iglesia Ni Cristo (INC), concerned members, and curious non-members. My goal is to start a discussion about the continuing crisis in the INC that cannot be ignored, and how we can overcome this. Over the years, watching and participating in the church’s activities, I have accumulated questions that I cannot get answers for from the Church.

The INC has changed drastically since its centennial in 2014. From my interactions with brethren in overseas districts in locales in Asia, North America, and Europe, I have seen congregations becoming smaller and smaller, and even witnessed the loss of a physical Church during the pandemic. Why do we never hear of these in our publications? We have always boasted of buying the churches of dying religions, have held our temples to be the sacred place for worshiping God, and have respected high participation in regular and special offerings, so how can we afford to lose churches?

On our leader’s cult of personality

As much as we criticize Catholic papal infallibility, saying no man should be blindly followed, why then do we hold Eduardo V. Manalo (EVM) on the same level? Why do we hear EVM’s name more than Jesus Christ’s, the head of the church, in worship service? Why do we have activities centered on EVM, such as “OneWithEVM,” and most recently “Obey and Never Complain?” Why are we encouraged to decorate our homes with EVM’s portrait? Why are we required to stay at the end of service to be recorded wishing EVM a happy birthday? Does this not encourage the same blind devotion we ridicule?

Why are we obsessed with Guinness World Records? Why do we use Guinness, which can be paid hundreds of thousands of pesos to manufacture new categories, and which is used by dictatorships as vanity projects to display their power? Why are we trying to prove ourselves to the world with grand one-time events? Are our regular events like weekly bible studies, monthly evangelical missions, and annual games insufficient to show our unity? Why do we care how we look to the world given that we were taught to reject whatever the world thinks of us?

On respecting the law

Why is bloc-voting practiced only in the Philippines, from national to local elections? Why do we not practice it in other countries like the United States? Is it not doctrine to unite in everything, including voting? Do our doctrines change depending on location? Why do we preach that we are apolitical, yet we allow EVM to be a government official, and have Marcoleta serve as congressman from 2019-2022? In the 2015 rally against the Department of Justice’s investigations into the Church administration, we went to the streets and cried, “Separation of the Church and State!” The next year, the Church used bloc-voting to determine representatives of the State. Why do we separate the Church and State only when it is convenient?

[OPINION] Voting for plunderers and murderers because the church says so We had high-ranking ministers and members, including EVM’s own family members, speak up about corruption within the Church. Why did we not have a dialogue about this instead of immediately excommunicating the accusers? Why do we not weigh the truth of their allegations amidst the revelations of the Church’s properties, like their multimillion-peso Boeing aircraft, their off-shore accounts in Aruba, and their weapon arsenal in the central INC compound? Why do we not consider the accusers to be in danger, even when Canada granted asylum to former members Canono and Menorca II, or when expelled member Jose Fruto was mysteriously killed? Why do we act as if the 2015 crisis never happened?

During the Philippine lockdowns, why did we watch recordings of EVM preaching to a crowd who perfectly followed health protocols, while we crammed ourselves in our own congregations with our potential converts, without social distancing, and with some not wearing masks, and some forced to illegally congregate? Why do we act for ourselves at the expense of non-members’ danger and suffering? Why must we attain our salvation in the next life by making this life hell for others?

Why can we not decide for ourselves how to help people or to do good? Why must we seek approval from the Administration in Manila for even the simplest activity. I recall when we were prevented from joining the community pantry initiative in 2021 to help our fellow countrymen. Why are the lessons in the worship services the same every week: obey the Administration and convert more? Why do we only hear pre-recorded songs in services, not allowing the organist to play live, and allow the recorded singing to drown out our own singing? Are we masking our lack of energy?

I only sense fear among members, not just the fear of eternal damnation, but fear of whatever arbitrary command the Administration shall give. I feel no zeal and passion anymore from members. The Church scares them now into maximizing offerings, conversions, and attendance, so they will not be visited, questioned, and guilt-tripped for failing one’s duties. I see not love, but only a congregation encouraged to monitor each other’s lives lest one of them goes against the Administration. 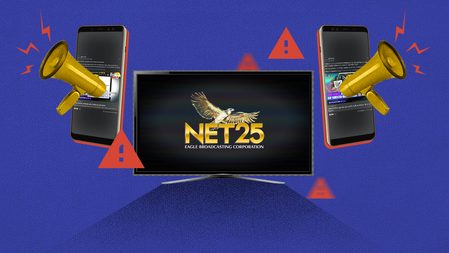 Do these questions make you want to search for answers? I have personally realized the Administration is becoming stricter out of desperation.

But ironically, I am hopeful. I have hope for members anxious inside the Church who want a change in the Administration. I have hope for the non-members critical of the INC’s practices. I have hope because I have seen that there are many of you.

You are not alone. I am grateful to a certain community that is testament to the growing number of people getting disillusioned with the INC. You can find this community here.

Eight years ago, I would have written this piece in frustration. But I now write this in defiant peace. I will be called a persecutor, traitor, and liar. But if it means that someone stuck in the Church will feel hope, I would rather be expelled from my congregation, be disowned by my community, and endanger my safety. If it means a disillusioned, frustrated member finally realizes they can do something, I will be glad to help undo the hell on earth that the Church has contributed to making, than to wait in vain for the heaven it preaches. – Rappler.com

J. Joaquin was born and raised in the Iglesia Ni Cristo (handog). He worked at his locale’s secretariat and later on in its the finance department. Reach him at renegadedude12345@gmail.com.

After the 2015 controversies: What’s been happening inside the Iglesia ni Cristo? 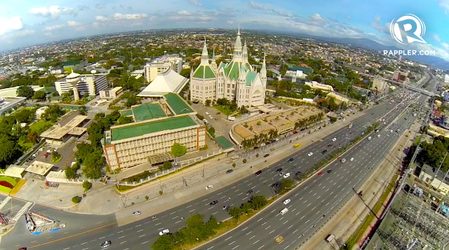