[New School] If you’re not Filipino or Chinese, well, what are you? 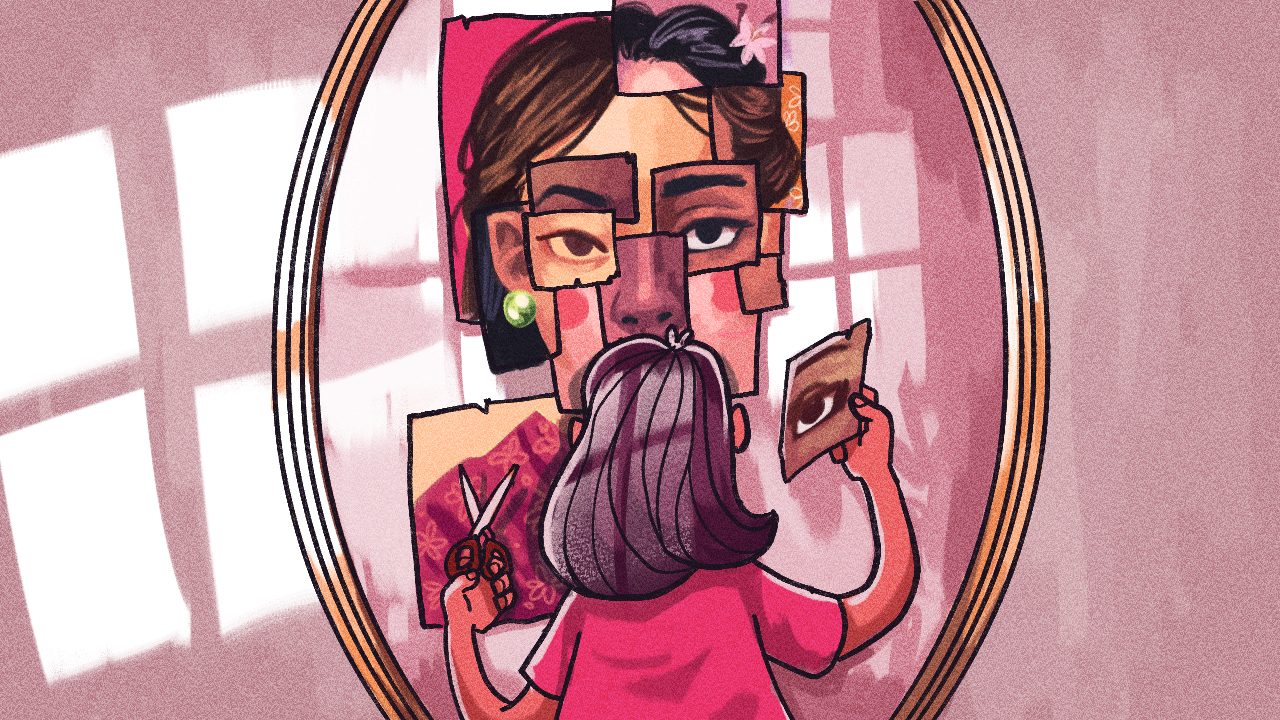 Facebook Twitter Copy URL
Copied
'Deep-rooted issues such as racism and xenophobia will not disappear with the snap of a finger. But along with our countless hardships come our greatest victories.'

Growing up, the world was painted in shades of black and white. I was a normal little girl, with black hair and tan skin, and I had multiple names. Julia, Wang Wei Chi, jiejie, meimei, achi, shobe, ate. I could go around switching mother tongues within the same sentence: “Mama, wo men yi zing late na!” (Mom, we are late already!)

As the years went by, however, I watched as my skin got bronzer and darker, and my eyes got smaller and smaller. A Chinese morena? How did I manage to become something so exotic in my own country? I watched the collection of names that I had become accustomed to start to shift rapidly.

I was introduced to new names. Intsik. Chink. Ching, Chang, Chong. And the removal of others. Wang Wei Chi. My own name had become so foreign, so distasteful to my ears. It’s a name that I still struggle, to this day, to reconcile with, to even type on a simplified Pinyin keyboard. My vocal chords would shut themselves off to prevent any ching-chang-chong from coming out.

This birthed my threadbare identity as a Tsinoy. I was not just Filipino or Chinese; I was both. But how?

The name Tsinoy itself is simply made by joining two nationalities: Chinese and Filipino. But beneath this name lies so much more. Norms, culture, history. Societal implications. Was my identity as a Tsinoy influenced by what society dictated, or did I get to define it? Did I get to draw my own lines and boxes around who I believed I was as a Chinese-Filipino? Did I get to pick and choose from what I liked and disliked about each nationality on my own terms, or must I have to live a certain way because of my fuzzy place between these two worlds? I was set astray, trying to balance an equation that didn’t seem to add up.

President Rodrigo Duterte’s decision to bow down to China led to great unrest among Filipinos. Fear, distrust, and trepidation wafted in the air. I watched at first as people pinched their noses and willed the smell to go away.

I now saw my fellow Asians around the world face incredibly racist and derogatory acts. Another huge burden suddenly placed itself on my shoulders. The already jagged border between my racial identities seemed to widen, leaving me floating in a gray, hollow space.

It was the Chinese that brought the virus to the world! It’s a Chinese virus and all Chinese people have it!

It seemed so very tempting to shed my Chinese side and label myself as just Filipino. Did I dare still consider myself Chinese in the midst of all of this chaos? Or if viewed another way, did I dare lose a whole chunk of myself? The questions that I had grappled with were once again bubbling up. By what terms did I call myself Tsinoy?

Centuries ago, during the Philippines’ Spanish period, life was incredibly difficult for Chinese traders in the Philippines. They were forced by the Spaniards to perform unpaid labor and were taxed exorbitantly; the Chinese suffered some of the worst treatment in the nation. However, despite all these issues, they morphed into an economic asset that had become hugely valuable to the Spaniards, proving their resilience, perseverance, and grit.

Deep-rooted issues such as racism and xenophobia will not disappear with the snap of a finger. But along with our countless hardships come our greatest victories.

Our ancestors have experienced such victories once, twice over. This time, however, it is our victory to claim. I am lucky enough to have witnessed the way we, as a race, a nationality, an identity assumed by many, have been able to come together.

I am grateful for the Filipinos who have treated me like no less despite the raging virus. Who have given me the privilege of safely going out and not having to worry about getting hurt, both physically and mentally. It is a privilege that many like me do not have in other parts of the world. I am, in turn, grateful for the Chinese scattered all around the world, for staying strong in the face of adversity. For sticking up for one another no matter what.

Being Tsinoy, I’ve come to realize, is like getting the best of both worlds. Although I still do find myself ghosting in and out of that gray area, it’s all starting to come together. Yes, the equation will never seem to be completely balanced; there will always be a certain “undefined.” But depending on how it is arranged, the variables will begin to clear up. I am in charge of manipulating the equation.

You are in charge of your identity. You, and you only.

Tsinoy. It’s a definition that I’m still working on, that’s still brewing in my mind. In the future, I hope to find a way to fill in the blanks, to string together the words that are not just right for everyone, but right for me.

If you’re not Filipino or Chinese, then what are you?

A few years ago, I wouldn’t have been able to say. My Chinese side had always jeopardized who I was as a Filipino. But now, I can answer. I will answer.

My cheeks still heat up when I hear people snicker. I still find myself laughing it off with them, and still feel a particular tug in my chest. But I’m working on it. – Rappler.com

Julia Ongking was born and raised as a Chinese-Filipino, and is passionate about expanding her worldview and creating tangible change in her beloved nation of the Philippines. She is currently a freshman in high school and enjoys developing her perspectives through reading, writing, and working with local people.