Facebook Twitter Copy URL
Copied
'It’s not our right to say what the Dumagat should do with their land; that decision lies with them.'

On a map – if you can find one – the Kaliwa river looks almost like an artery running through the heart of the Sierra Madre mountain range. It’s a simile on paper, but a reality for the Dumagat whose lives flow along Kaliwa’s waters.

Dumagat hunters will tell you their name means “sea-faring,” and if you watch them hunt, you’d be inclined to agree. Brandishing spear guns jury-rigged with rubber bands and duct tape, they disappear into the rapids looking for a catch. Lately, the haul has been scarce.

But the Dumagat hunt on doggedly. They upturn stones and sift silt looking for the glimmer of banak scales, or a flathead grey mullet — they just call it food. Eventually, a hunter finds his mark. With a true aim he spears the fish through its spine, a stone shot, before it goes limp.

On any other day he’d descale it, gut it, and serve the mullet’s head with a side of vinegar on the dinner table. Rationed, it would feed him for three days. But game like this is increasingly hard to find. His usual hunting grounds are stymied by illegal loggers. Instead, he could flip the mullet for a few hundred pesos to buy medicine from a faraway town.

The fish represents a choice. To keep living the “old” way, as difficult as that is now, or join the modern world.

Each trip to the Dumagat settlement takes two days by bus and 15 hours by boat; there are no roads. This remoteness explains how they’ve preserved their unique way of living. In fact, throughout history, Dumagat culture stood steadfast against Spanish, Japanese, and American occupation, but now, not every Dumagat is keen on keeping the old ways. Advancements, quality of life, they exist — they’re just beyond the mountains.

Now, a road threatens to further divide them.

Until now, the only way to reach the Dumagat in Sierra Madre was by boat or small plane. This changes with the newly built Ilagan-Divilacan road. Running 82 kilometers long, it connects Dumagat settlements to the neighboring metropolis of Ilagan City. It’s an easier means of access for 20,000 people who, by circumstance, live in isolation.

Tourists across the Philippines were ecstatic. News of the road meant an island paradise was a plane ticket away. Comments on Facebook filled in sharing photos of the (soon-to-be-otherwise) private “Honeymoon Island.”

There is, of course, an equally large encampment of staunch preservationists. On those same “island getaway” forums, people question the ethicality of turning Dumagat homes into vacation spots. After all, why should we encroach on one of the few remaining indigenous cultures? This stance doesn’t end with citizen posts either. Most reputable news outlets today, when talking about indigenous peoples, will say the last thing they need is modern intervention.

The Dumagat face pressure from all sides; to keep their way of living or give in to the times? But who are we to tell these tribes what to do? We as tourists. We as journalists. We as outsiders, content with just looking in. It’s not our right to say what the Dumagat should do with their land; that decision lies with them.

It’s burdensome for chieftain Cipriano Dela Torre, whose worst fears had been realized. He’s one of the few who’ve inherited the tradition of the Dumagat. Now, he’s seeking to preserve it. But mounting accessibility to tourists’ so-called “untouched land” pressures the Dumagat into commercialization. Dela Torre warned his people, “The only remainder of the land that was [ours] could be the mud on [our] feet.”

History tells us the chieftain is right to be concerned. It’s an open secret that the tourist hotspot of Boracay belongs to the Ati tribe as ancestral property. Today, we see little of their culture amidst resorts and 2-for-1 cocktails. Of their 1,032-hectare expanse, a single hectare was left to its original owners.

But the beauty of Dumagat country shouldn’t disguise from what they lack in life. Some Dumagat believe Dela Torre’s vision of preservation is myopic.

The truth remains that the Dumagat are some of the most marginalized sectors in the Philippines. Their life is structured around poverty. Whether they eat for the day is not a choice they freely make. 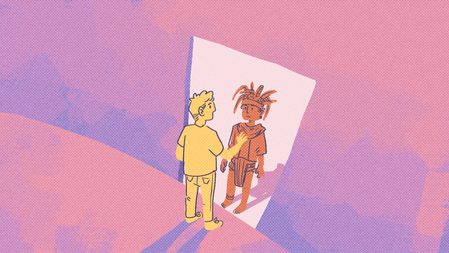 Education was a recent development only recently. Traversing mountains and marsh is their daily commute; there are no roads. In a poignant interview, local Emmanuel Domingo told researchers: “We indigenous peoples cannot dream of a professional career.”

Consensus on the Ilagan-Divilacan road is not unanimous — far from it. Not every Dumagat heeds Dela Torre’s call for preservation; some reject it outright. If a road means easier travel, better trade, accessible hospitals, and walkable schools, preservation can be damned. Their land may become a tourist trap, but at least they’d have jobs.

The Dumagat are at a crossroads, literally and metaphorically. As outsiders to their community, we can’t pretend to know what’s best for them. Having lived in their lands for so long, they would know more than we ever could.  If they want to abandon their culture for modernity, so be it, as long as it’s their choice and not the demands of tourists. Neither can we take the high road and beg them to retain their culture – the “last of its kind” as many say. We run the risk of turning their lives into a museum, a “living” remnant of history. Museum pieces are pretty, but Dumagat didn’t live to be put up on display. Their humanity outweighs the culture they represent.

Amidst their changing times, we can offer them one thing: respect. Respect in their right to self-determination. Throughout history, the crux of the indigenous struggle has always been autonomy, and the Dumagat are simply repeating that. Whatever path they take, if they take it at all, will shape the history of their tribe. – Rappler.com

Diego Magno is a graduating senior at Cornell University currently taking a BS in Communication, and a minor in Inequality Studies.