Will we have a new VP?

Political camps were on tenterhooks awaiting the decision of the Supreme Court (SC) on the electoral protest filed by vice presidential candidate Ferdinand “Bongbong” Marcos against Vice President Leni Robredo.

The High Court, a week ago on October 15, instead released a resolution that said, among others, the results of the recount in the 3 provinces that Marcos himself chose because they likely best exemplified irregularities or fraud, would be released. These 3 provinces are: Camarines Sur, Iloilo, and Negros Oriental. (READ: Supreme Court to release initial recount results in VP protest)

A tedious process followed the identification of these provinces, in accordance with Rule 65 of the Presidential Electoral Tribunal (PET) rules. As pointed out by SC Associate Justice Benjamin Caguioa, who was in charge of the case, they had to retrieve thousands of ballot boxes, recount millions of ballots, and rule on every objection raised by both the Marcos and Robredo camps. Their initial recount showed that the margin of votes between the two contenders even widened from 263,473 votes to 278,555 in favor of Robredo.

Should have been end of story, right? After all, the 3 provinces – which Marcos himself chose – did not show him making a substantial recovery in votes. But no, the SC ruled to continue the proceedings in an apparent departure from its own Rule 65, which says: “If upon examination of such ballots and proof, and after making reasonable allowances into account, the protestant or counter-protestant will most probably fail to make out his case, the protest may forthwith be dismissed, without further consideration of other provinces mentioned in the protest.”

If you recall, Marcos had 3 causes of action he presented to the PET. Our election reporter Sofia Tomacruz enumerated these as follows:

1st cause of action: Question the integrity of the 2016 elections and declare Robredo’s proclamation as null and void (this was denied)

3rd cause of action: Declare null election results in Lanao del Sur, Basilan, Maguindanao (all part of the former Autonomous Region in Muslim Mindanao or ARMM). 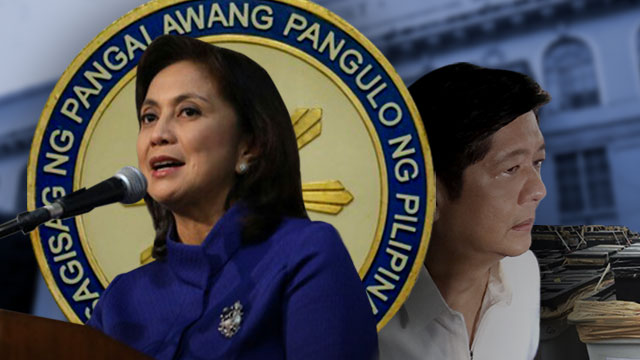 Instead of immediately shutting the doors on extended proceedings, following Rule 65, the PET now is essentially opening the possibility of examining more provinces beyond the 3 that Marcos had identified. The contending parties were given 20 working days to comment on the results of the initial recount and the 4 issues it identified in relation to the former ARMM provinces. This deviation from Rule 65 was why Senior Associate Justice Tony Carpio and Justice Caguioa dissented from the resolution of the majority. If you want to read the full resolution, you can access the 57-page document here: DOCUMENT: SC asks Robredo, Marcos to comment on recount of votes in VP protest.

How is this puzzling resolution justified? Justice Marvic Leonen, who is said to have drafted it, said it was all part of fair play and due process. The Constitution, according to him, guarantees due process, and the resolution is not a final decision on the electoral protest case. In other words, this whole case will drag on. The election protest was filed on June 29, 2016 and it took more than 3 years before this resolution and the initial recount results were released. Read between the lines.

How do you think this will play out in the end? What scenarios do you see? This will be our hot topic of discussion in our next Newsbreak Chats this Thursday, October 24, with reporters who have been closely following this issue: Lian Buan, who covers the Supreme Court and justice, Sofia Tomacruz, who covers the Commission on Election, and Mara Cepeda, who covers the House of Representatives and the Marcoses.