May 9, 2020 5:00 PM PHT
Ryan Macasero
Facebook Twitter Copy URL
Copied
According to the Department of Health, the number of coronavirus cases in Cebu City Jail is at 335. There are 25 cases at the Cebu Provincial Detention Center and 71 at the Mandaue City Jail.

(This newsletter was emailed to Rappler subscribers on May 8, 2020.)

There are hundreds of inmates in at least 3 detention facilities in Cebu who have tested for the coronavirus disease, and the rising number should not come as a surprise. (READ: Philippine jails are a COVID-19 time bomb)

I’ve covered the Cebu Provincial Detention and Rehabilitation Center and the Cebu City Jail on a few occasions, and “congested” does not even accurately capture the situation inside those facilities.

Aside from being overcrowded, the cells are hot, and the conditions are often unsanitary, especially during summer, when water outages are frequent.

According to the Department of Health, the number of coronavirus cases in Cebu City Jail is at 335. There are 25 cases at the Cebu Provincial Detention Center and 71 at the Mandaue City Jail.

I said in last week’s newsletter that Cebu City’s rising numbers were mainly because of its aggressiveness in testing more people. The local government tests even those without symptoms, as long as they live within the vicinity of a confirmed case. The initiative covers inmates.

Targeted mass testing by random sampling began earlier this week, so we can expect the numbers to continue to rise. 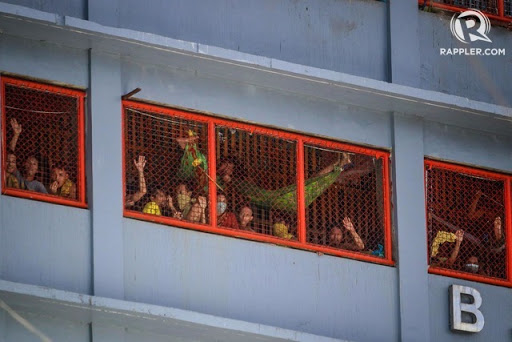 PRISON REFORM UNDER THE ‘NEW NORMAL’

Amid the rising numbers, local officials have begun planning and imagining what local society and the economy would look like once we are able to go out of our homes. Cebu Governor Gwen Garcia called a meeting on April 30 with representatives from different sectors to discuss precisely this.

The island of Cebu has a lot to consider since, as you know, tourism, entertainment, and leisure make up a sizable part of the economy. But I hope reforms in detention facilities will be part of the conversation.

In the short term, the Supreme Court had already ordered the release of inmates whose sentences have lapsed or whose cases have been shelved. But the High Court has yet to decide on the release of low-risk, elderly, and sick prisoners – what many prison reform advocates believe is urgently needed to contain outbreaks further.

The Department of Justice has also relaxed the rules for the application of parole and clemency, and lowered the age from 70 to 65 of sickly prisoners who can avail themselves of clemency.

In Cebu province, the courts and Garcia recently met to discuss the release of children in conflict with the law.

But will our normal be truly “new” if the administration is not willing to budge on its drug war? A drug war which international human rights organizations have criticized for its violence and being too focused on punitive responses, rather than holistic strategies?

The BJMP said in March 2019 that about 70% of detainees nationwide were facing drug charges.

In Cebu, anti-drug operations have, in fact, continued even as the province is nearing its second month of lockdown. This is while the courts are on a skeletal workforce and limited hours. 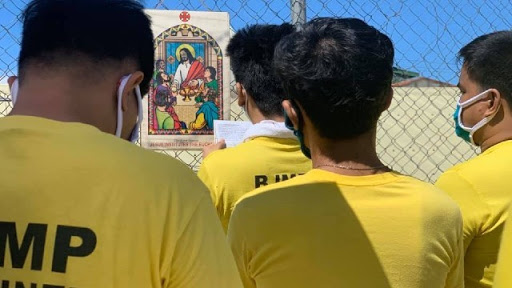 CEBU OUTLOOK FOR NEXT WEEK

The lockdown or “enhanced community quarantine” is set to expire on May 15, and the Cebu City government aims to conduct mass testing in over 65 barangays.

With the number of cases expected to rise, will we have yet another extension of this lockdown? The inter-agency task force will decide next week. – Rappler.com