[OPINION] Back in Cebu: Why local voices matter in covering the news 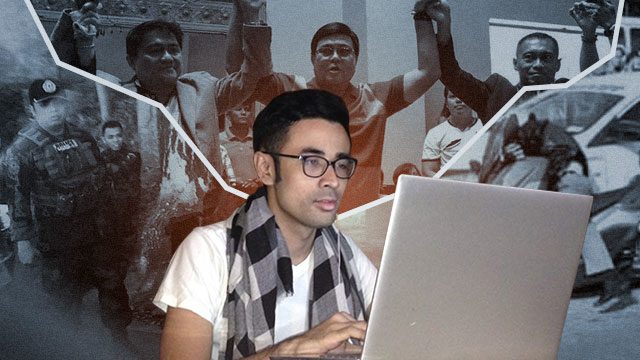 Facebook Twitter Copy URL
Copied
The cultural, religious, socio-economic backgrounds of reporters shape the way they view the world – and in turn greatly impacts their perspective and how they report the stories

After 3 years of working in other news organizations, I found myself back at Rappler, in Cebu again, after what I thought was going to be a temporary assignment covering the local elections.

While I had been with Rappler before, from 2013 to 2016, coming back to stay was not an easy decision.

I wrote in a previous essay why coming home to a more violent and politically volatile Cebu made this coverage more personal and difficult to turn my back on.

But, more than that, I’ve always been a believer in the importance of diversity in enriching news coverage. So the opportunity to cover news in the regions is the chance to try to do just that.

Why is diversity important? Because reporters’ cultural, religious, socio-economic backgrounds shape the way they view the world – and in turn greatly impacts their perspective and how they report the stories.

They can also notice things happening on the ground that foreign eyes may not. During the 2016 elections, most talking heads on TV news programs and even other journalists did not foresee Rodrigo Duterte would win the presidency.

Entering the race late through substitution, Duterte was not as prepared as other candidates like then-vice president Jejomar Binay, who had his machinery, resources and allies in place, which he thought would ensure his win.

But many local observers in the regions could feel a Duterte presidency coming.

He was hitting the right points with the people in terms they could understand. Instead of talking about national economic policies or global issues, he talked about crime, bureaucratic inefficiencies, and promising to use an iron fist to get things done.

And while Duterte may be the most famous tough-talking local politician because of the platform he has now, he is certainly not the first. If people in the metropolis may find this behavior outrageous, people in smaller cities and towns would not necessarily find it unusual.

So when community journalism is done in cooperation with national outlets, part of our job is to connect these dots from the local to national and global events.

Many international outlets have even have been turning away from the practice of parachute reporting – or the practice of flying in a reporter who is not part of the community – to report on something happening somewhere else.

Our news editor Miriam Grace Go often says that journalists embedded in the localities are the best ones to tell the stories of their people.

And luckily I won’t be alone in this endeavor. Two of Rappler’s Movers, Micole Gerard Tizon and Marthy John Lubiano, have decided to stay after graduation to help report from the region.

Micole, a recent graduate of the University of San Carlos, got her baptism of fire in news by covering the Naga landslides in September 2018, which killed at least 65 people and devastated the southern Cebu town. She was still a student then.

Micole was born and raised in Cebu, but maintains strong ties to Samar, where her family members trace their roots.

Art is from Leyte and graduated from the Palompon Institute of Technology. During Rappler’s 2019 election coverage, he was aggressive in pitching stories that highlighted the socio-political environment in Leyte and the Eastern Visayas — a region that has been left behind by development with a political climate defined by the dominance of dynasties who fight to keep control of their bailiwicks for decades.

In my case, I’ve been a political journalist for the past 9 years, but I’m a Cebuano American with deep roots in Cebu City.

And it is in cities like Cebu City – the second biggest metropolitan area outside of Manila – where different local cultures like ours converge, and eventually blend. Cebu City culture is the convergence point of other regional cultures from all over the Visayas and Mindanao (and even Luzon) because of educational and economic opportunities available in the city.

Global cultures also remain in the city. The Chinese influence is apparent in the shops of downtown Cebu, Spain is still here in the churches and religious festivals like the Sinulog. A sizable Korean and Japanese expat communities, among other communities, have also called Cebu home for decades.

We represent only a small range of the diversity of the region, but what we have in common is that we are all part of the cultural landscape in Cebu  and the Visayas in different ways, and have a stake in what is happening in our home.

And this is a part of the reason why they decided to stay on while it’s not uncommon for Movers go on to do other things when the assignment is finished.

Even if I am much older than they are, I have learned a lot about the region just by trying to see stories through their lenses.

Admittedly, I was extremely hesitant about taking on a permanent role covering an entire region with only 3 people and limited resources, considering the tough environment the region is facing, as well as the political and economic pressures newsrooms face, not just here in the Philippines but all over the world.

But what made me believe is that these young colleagues also believe we can do this. They know full well the risk they are taking, dedicating their first year out of college to journalism when they could be pursuing more lucrative and safer endeavors.

They choose to do this because they believe the brand they are corresponding for is independent and fearless, and that they can give justice to telling the underreported stories in our region.

So if they believe, how could I not?

We hope you – our readers in the Visayas – will also believe by supporting us, not only by reading our stories, but by being our eyes our ears. Let us know when you see something happening in your communities that deserves attention.