Vanquishing the voices of doubt and cynicism 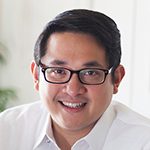 Facebook Twitter Copy URL
Copied
When we sift through stories of people that have revolutionized systems and reformed long-standing practices, we find that there were always critics and there were always naysayers; but the inner voice of optimism triumphed and shone through.

How does one inspire such bright minds as the graduates of the Ateneo Graduate School of Business?  How does one reach the hearts and minds of our country’s current and future business leaders?

How does one inspire the hearts of intelligent individuals that will drive the Philippine economy to even greater heights? How can yours truly possibly affirm, motivate, and, dare I say, entertain such brilliant men and women?

Alam ninyo naman, the pressure on commencement speakers is high today.  After all, it’s the era of YouTube and going viral.

With seemingly every single part of our lives on the Internet – what you had for breakfast, your outfit of the day, how many friends you have, how many people heart your new pair of Nikes – truly, we live in a world markedly different from even just a decade ago.

As much as this new, exciting world has brought communities closer together, given us tools to reach out, communicate more easily, and do business more conveniently, it does have a dark side.

To put it quite succinctly, parang ang daming nega.

I need not look further than my own Facebook page.  During the campaign, we started to play with my nickname and proclaimed proudly that BAM also stands for: Bida Ang Mamamayan.

Of course, some wise aleck instead said BAM stands for: Bobo Ang Maniniwala. Another one went on a rant on my page, and I quote, “Oooooo wow plastic rimmed glasses makes you look like your grandpa and that automatically qualifies you to run for senate taking advantage of the “masses”… nice… *slow clap*”

Excuse me, Ninoy is my uncle, not my grandfather.

But on a serious note, these days, there seems to be a stronger, overwhelming voice that says, “Hindi mo kaya! It won’t work. It cannot be done.”

Whether it is a voice within us or the collective voice of critics, the unnerving voice of skepticism too often drowns out the voice of optimism and confidence that says, “Kaya natin. It can be done.”  Holding on to this voice, especially through times of adversity, is what will make all the difference.

I wish to share with you the story of Nolie Estocado, a daughter of a modest laundry woman and farmer who barely earned enough for day-to-day expenses. Even as she worked tirelessly for a handicrafts company, she never seemed to climb out of poverty.

In 1983, she decided to start her own business, even as her friends and relatives warned her of what they saw as her “inevitable” failure. Nolie had a mighty inner voice and the immense will to fight through the skepticism.

She overcame devastating challenges to build an enterprise that now hires up to 100 workers. Today, Nolie owns a house and lot and an apartment.

Nolie did not let the voice of skepticism drown out her inner voice and it paid off.

This voice of optimism also lives in groups, collectives, and companies. Since 2008, the Jollibee Group Foundation has been running its Farmer Entrepreneurship Program (FEP) that links small farmers directly to the supply chains of institutional clients like the Jollibee Food Corporation (JFC).

One of the first approached were the Kalasag farmers of San Jose, Nueva Ecija.  After going through agro-enterprise capacity building, the first challenge was to meet Jollibee’s quota of 60 metric tons of onions, which a challenge the Kalasag Farmers failed.

Some questioned whether the farmers would ever produce enough onions to meet Jollibee’s benchmarks of quantity and quality.  But like you, dear friends, the voice that says “Kaya natin!” was strong among the Kalasag Farmers.

The voice of optimism, the confidence and belief in our countrymen was tenacious within the Jollibee Foundation. Trusting that the Kalasag Farmers could step up, Jollibee raised their quota to 197 metric tons for the next delivery.

This voice of optimism and confidence fed the farmers’ diligence and perseverance. This time, they surpassed the allotted volume, delivering 235 metric tons of quality onions to Jollibee.  Last year, Kalasag’s delivery reached 480 metric tons of onions.

When I went there last year, I saw for myself how their quality of life improved –  their houses are now made of concrete, their children now go to school regularly, some of them have graduated from college, and, most impressively, when it was time for us to go, everyone took out their smartphones for a selfie.

Nolie, the Jollibee Foundation, and the Kalasag Farmers fostered their inner voice of optimism and confidence and overcame skepticism and defeatism to be rewarded with success.

Within our office in the Senate, I would like to think that the voice of optimism is strong and alive as well.  When I was newly elected as Senator two years ago, I was told, assuredly, that I shouldn’t expect to pass any laws in my first 2 years.

But in our first year, we passed two laws: the Philippine Lemon Law and the Go Negosyo Act, the first inclusive growth and pro-poor legislation passed by the 16th Congress.

These laws have been struggling to pass through our legislative system for decades and you can bet that there were critics and naysayers that chuckled at the thought of a neophyte senator passing these landmark bills.

But our office of bright, idealistic, and passionate individuals did not listen to them.  Instead, we collectively exclaimed, “Kaya natin ito para sa bayan!”

When we sift through stories of people that have revolutionized systems and reformed long-standing practices, we find that there were always critics and there were always naysayers; but the inner voice of optimism triumphed and shone through.

If Mahatma Gandhi gave up those countless times he was thrown in jail, we would never have known the power of non-violence. If Cory Aquino believed those that said a housewife could never be president, who knows if we would have freedom and democracy today.

They had the will and the grit to cut through the criticism and negative chatter to drive revolutions, drive reforms, and ultimately, create change.

Here in the Philippines, we are witnessing unprecedented economic growth.  From being the “Sick Man in Asia,” we are now called “Asia’s Bright Spot.”

Once known for our tremendous debt, we have now garnered investment grade ratings from the most reputable rating agencies. Once considered one of the most corrupt countries in the world, we have since pushed for justice against the most powerful in all of the three branches of our government.

We are now the second fastest growing economy in Asia, second only to China, and we expect to continue on this trajectory.

I trust that the people in this room will continue to fight the tide, swim against the current, and listen to that voice inside that says we can make that difference!

But of course, being Ateneans, we are called to do more – magis.  Unfortunately, for those of us trained in the Jesuit traditions, heeding the call of our inner voice is not enough.

Our challenge is not just to listen to our inner voice, but also to be that voice for others. Be that voice of confidence for those that have known nothing but disappointment.

As we step out of this room and back into the dim world of critics, skeptics, and defeatists, let us become the loudest voices of inspiration. Kaya nating umangat! Kaya nating tumino! Kaya nating umasenso! – Rappler.com