Tourism and a fetish for arrival numbers 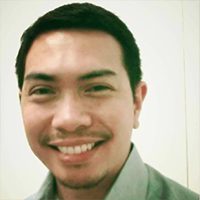 Facebook Twitter Copy URL
Copied
Our conversations should not focus on raw numbers, but the substance behind it

In the midst of a campaign season, candidates are likely to declare that boosting tourism will be a key pillar of their development platforms.  Indeed, this would seem to be the patriotic thing to do – an affirmation that our country is just as beautiful as, and even, “more fun” than, the others.

A conversation about how the Philippines has either improved its performance in tourism, or has much work to do in catching up with its neighbors, often focuses on international tourism arrival numbers.  Within the Southeast Asian region, the countries’ numbers would be:

While the Philippines’ international arrivals has grown at a respectable 8.2% annual rate from 2010 to 2014, analyses of its performance inevitably draw comparisons with Malaysia’s 27.44 million or Thailand’s 24.78 million international tourists, or that Vietnam and Indonesia have surpassed us, or that even Cambodia draws close to our total.

First, looking at these numbers should only be the starting point.

A deluge of foreign tourists may seem like a blessing if we were to see this simply as a game of outscoring the others. But if tourism development is pursued in the name of economic development, the conversation should instead focus on the economic activity generated by tourism. “Tourism receipts” is an internationally accepted metric for this, and yet it is often drowned out by discussions on arrivals.

Table 2 provides more detail to understanding the impact of tourism. Total receipts for the Philippines, in relation to its neighbors, have been growing at an impressive rate of 15.8% per year over the last five years. Also, receipts per tourist have grown significantly at 7.1% per year, while the rest of the region hovered at an average of 2.2%.

It can be conceded that the country still has much to do in moving up from the bottom bracket in total receipts, but we now see that the Philippines is securing more receipts per tourist than even tourism powerhouse Malaysia. Cambodia’s threat of catching up now seems rather hollow. Crucially, this year, the country is on a trajectory to catch up to, if not surpass, Indonesia in receipts per tourist.

Second, it bears emphasizing that some key factors affecting total arrivals are things that cannot be addressed by a marketing campaign. One factor is how some of these countries have become international airline and cruising hubs because of a long-term commitment from government to support the industry. A traveller may thus choose to turn a connection into a one or two night side trip. Tourists in Singapore, for instance, had an average length of stay in 2013 of just 3.48 days, reflecting its nature as a hub, while in the Philippines it was 9.6 days – clearly a destination in itself.

Another factor why some states do very well in total arrivals is the ease of traversing a land border (or a bridge) versus crossing an ocean by plane or ship. The top three sources of Malaysia’s arrivals (total 63%) are from Singapore, Indonesia and Brunei, countries with which its two halves share land borders, bridges, or short ferry connections. The Philippines’ top three, on the other hand, are South Korea, the United States, and Japan, accounting for 48% of the total, all requiring substantial travel (and cost) by air or sea.

Third, as a counterpoint to this emphasis on raw numbers, an increasing number of tourist destinations are in fact searching for ways to limit the number of tourists. Barcelona, in the face of large and occasionally rowdy tour groups, seeks to control the construction of new hotels. Iceland, after seeing tourist numbers three times larger than its own population, is studying how to regulate numbers to manage the impact on its delicate environment. Bhutan has imposed caps on the number of visas and hotel construction, and even imposed taxes on tourists in a bid to reduce the impact on its people and culture. World heritage sites Galapagos and Machu Picchu have strictly regulated the number of people to preserve the environmental and cultural value of the sites for future generations.

A myopia that looks only at total arrivals and receipts ignores the serious socio-cultural and environmental impacts of tourism. The careless focus on numbers, for instance, has led to the critical environmental condition of Boracay, and the plight of the Ati that claim the island as their own. But the use of numbers is also a tool that allow us to shed further light on the situation.

Boracay is merely 10.32 square kilometers in area. Yet it hosts over 28,000 official residents, and received 1.47 million tourists in 2014. With a conservative assumption of each tourist staying three days, this results in average daily population of over 40,000 individuals, creating in a population density of a major provincial urban center like Imus, Cavite or San Fernando, Pampanga.

Yet this does not capture the peak load on the island on long weekends. Estimates have placed LaBoracay 2014 arrivals at 50,000, creating a population density on that weekend similar to cities or municipalities on the fringes of Metro Manila itself – greater than Cainta or Taytay, Rizal or Meycauayan, Bulacan, or similar to Cavite City.

And we have all these people, perched on a delicate coral reef marine ecosystem. Where does the waste – of the human, plastic, paper, and chemical kinds – all go?

Moreover, we have all these people, and the economic interests they represent, arrayed against the 200 or so individuals that comprise the Ati community of Boracay – a community that has called the island their home for hundreds, if not thousands, of years.

Even the economic gains that are used to justify tourism development may prove illusory. A destination may be receiving foreign tourists, but they may be on tightly packaged tours where they book through agencies, lodge in hotels, are toured by guides, shop in stores, and eat in restaurants all owned and operated by their foreign compatriots. Very little of the tourist cash thus enters the local economy, but the environmental impact of their waste, and the social impact of disrespectful and even exploitative behavior, remains.

Our conversations should not focus on raw numbers, but the substance behind it. Truly supporting tourism growth, therefore, involves managing total arrivals in a way that the people and the infrastructure are ready for and can support and sustain that growth.

It will involve forward planning to develop programs that minimize environmental and socio-cultural impacts, while maximizing economic returns.  The Department of Tourism already has a National Tourism Development Plan that maps out this process, and the Tourism Infrastructure and Enterprise Zone Authority is prepared to facilitate investments toward developing sustainable tourism zones.

But other government entities – from key departments to local governments – need to work with the tourism agencies in fulfilling their mandates, not just in hitting target numbers, but in developing the foundation that makes sustaining those numbers possible. – Rappler.com

Mark Evidente is President of TwoEco, Inc., a consulting firm specializing in tourism development.  He is both a lawyer and licensed environmental planner by profession, and a senior lecturer at the University of the Philippines’ Asian Institute of Tourism. He holds a masters degree in environmental management from Yale University, and political science and law degrees the University of the Philippines, and had worked with Sen. Dick Gordon in drafting the Tourism Act of 2009.