Duterte’s ‘benevolent’ dictatorship: No such thing! 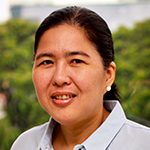 Davao City Mayor Rodrigo Duterte has repeatedly declared that if he wins the presidency in 2016, his administration will be a dictatorship. For the first time in Philippine history, a presidential candidate is running on a platform of “dictatorship.”

Not even the late dictator Ferdinand Marcos claimed that he would install a dictatorship when he campaigned in 1965: he just did while in office through Proclamation 1081. Electoral democracy and dictatorship, after all, do not go hand in hand.  It is absurd to get people’s consent for a dictatorship. It is akin to asking people: may I force (kill) you?

Mayor Duterte’s supporters have claimed that a Duterte dictatorship will be “benevolent.” Benevolence and dictatorship – like electoral democracy and dictatorship – are diametrically opposed. The characterization of Duterte as a “benevolent dictator” is, therefore, an inaccurate one. At best, it is a play on words; a semantics game. At worst, it is an oxymoron that misleads people into believing that a dictatorship can be virtuous. It tells people, subliminally: I will force (kill) people for the greater good.

Dictatorship is essentially governance by force. In a dictatorship, civilian rule ceases to be supreme and people’s consent – that most central element in a democracy –  is disregarded. Thus, when Duterte runs on a platform of “benevolent” dictatorship, he is making a mockery of electoral democracy.

The term “dictatorship” should not be used lightly or loosely. The term should not even be used in an electoral campaign. Now that someone has actually offered dictatorship as a platform of governance, we should subject such offering to intense scrutiny. If we downplay or refuse to debate on this issue, we dishonor those who gave up their lives during the Marcos dictatorship so we can freely debate today. We also dishonor the young who will have to live through our repeated mistakes.

Feeding on frustrations over Daang Matuwid

Despite Duterte’s increasing popularity, there is no public consensus that a dictatorship is desirable. Mayor Duterte has his share of “haters.” There seems to be growing consensus, though, that there is something fundamentally wrong with our democracy.

The level of frustration is high and the Duterte campaign has been quick to feed on our collective despair. While Duterte’s “official” reason for running is the SET decision which rendered Grace Poe qualified for the presidency despite citizenship issues, his narrative, thus far, has been “anti-corruption and anti-criminality.” (WATCH: Duterte: If I have to kill you, I will kill you)

Support for Duterte, thus, is an indictment of the Aquino administration – of the latter’s inability to stop corruption and criminality and its propensity to spew seemingly preventable problems (e.g tanim-bala, heavy traffic, inefficient MRT/LRT, Mamasapano, etc). Duterte, obviously, has been presenting himself as the worthiest of alternatives to the Daang Matuwid presidency.

And Mayor Duterte has Davao City to show for it. Especially for Metro Manilans who suffer the urban chaos daily, the vision of a safe, orderly, clean environment is irresistible. Moreover, unlike Vice President Binay who has also been presenting his Makati as safe, orderly and clean, Mayor Duterte does not face allegations of corruption. Duterte is also not burdened with accusations of patronage politics. Davao has been touted to be one of the safest cities of the world because its mayor has been able to enforce the rule of law.

Davao City is indeed impressive. Traffic is managed well. People feel safe walking the streets at night. Only in Davao City will one see motorists abiding by a 30-km/hr speed limit. Only in Davao City will one experience not having to pay parking fees in malls. Everyone follows the executive ordinances of the Office of the City Mayor. Everyone seems to be disciplined:  residents, businesses, politicians and the police.

A rules-based regime may be what everyone is looking for.  The problem is, many think that someone – a strong man – has to deliver this regime. And Mayor Duterte seems to be the kind who will deliver.

Vice presidential candidate Leni Robredo has claimed that they were able to do in Naga City what Mayor Duterte did in Davao City. Her claim brings a message that making rules stick does not require a strongman but strong institutions that shun the politics of accommodation (in our language “pag-aareglo“) and rely instead on active people’s participation. One is also reminded of Mayor Bayani Fernando’s governance of Marikina in the early 1990s that turned the city around and produced not just an orderly, liveable city but proud Marikeños.

Both Naga City and Marikina City have produced safe, liveable cities based on strong institutions. In Marikina City, the people were empowered but were fearful of their government.  Mayor Fernando was considered a “strong mayor” and people followed city rules primarily because city hall would exact punishment for non-compliance. (Fernando was perhaps a “softer” version of Duterte – he imposed rules but he did not have death squads). In Naga City, the people were empowered but they were not fearful of their government.

And there lies the difference between these two cities and between them and Davao City: the absence/presence of a fearful citizenry.

The absence/presence of a fearful citizenry is also what marks the difference between and among developed countries.  One can see the same level of discipine and order in, say, Lee Kuan Yew’s Singapore and the Scandinavian democracies.  In the latter, however, citizens are disciplined without being fearful.  More importantly, they are disciplined even without government breathing down their necks. In train stations in some Scandinavian countries, for example, one does not see police personnel. Paying for train tickets is a matter of “honesty.” Of course, one has to pay stiff penalties when caught during random checks but everyone seems to pay even when no one is looking.

Unfortunately, the problem with Naga City and Marikina City is that they have remained the exception rather than norm. The inability of central governments, past and present, to create more Nagas and Marikinas is now used by the likes of Duterte to justify “strong rule.”

The fact that a Duterte, a self-proclaimed killer, has been allowed by central governments to thrive is testament enough of the failure of these governments to build strong institutions that can exact compliance from its citizens – politicians and non-politicians alike.

Perhaps, Duterte and his supporters can still be dissuaded from a type of governance that relies on a strong man and a fearful citizenry. (READ: Duterte, Cayetano proclaimed PDP-Laban bets)

Duterte himself has said that he will abide by rules. He has claimed to “accept the Comelec decision” regarding his disqualification case. He has also claimed (in his opposition to Grace Poe’s candidacy) that one “must not mess with the Constitution.”  He ought to see that his envisioned dictatorship will be an aberration of the Constitution because nowhere in our fundamental law does it say that one is allowed to use force without legitimate ends and due process.

Police power is an inherent power of the state and includes the power to make and implement laws and to regulate behavior and enforce order. This power also comes with limits:  (i) only the Legislative branch can determine laws including the scope of police power, (ii) everyone should be accorded due process, and (iii) everyone is equal before the law.

A democratic state, thus, is one that has strong institutions – stronger than other social institutions – that can enforce limits on both politicians and citizens,  based on binding societal rules.

Should Duterte install a dictatorship, he will have to abolish all the legitimate coercive arms of the state except our military and police institutions. And the military and the police will cease to be institutions. There will be no rules, just arbitrary decisions. Thus, even if Duterte wins the elections, his exercise of power will be illegitimate.

While the political “stability” that we now have seems to be a farce, political “instability” that makes a mockery of the laws that bind us as a society is not preferable. That, too, will also be a farce. We already have proof of this. We have a shared history of a dictatorship that created a monster instead of producing its avowed “new order.” Yes, that has to be said out loud: Marcos was a monster. All dictators end up becoming monsters.

Mayor Duterte, we don’t need another monster and we won’t be better off with a fearful citizenry. Why not impress us with a “Duterte democracy” instead of a “Duterte dictatorship”?  The former will probably make a positive difference. The latter is just macho bullshit. – Rappler.com