When trolls and propagandists occupy the Internet

Jan 14, 2016 11:28 AM PHT
Senator Bam Aquino
Facebook Twitter Copy URL
Copied
There is a lot of manipulation happening online. The Internet has transformed into a lawless arena where gladiators compete for our likes, shares, eyeballs, clicks. 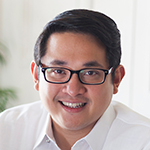 My name is Bambi and I am a young street dancer awakened by the twerking movement of the 70s… That is, according to Wikipedia before we changed the text back to my true, albeit less vivacious, biography.

Apparently, I have what is now known as an Internet troll changing my Wikipedia page regularly.

My troll made me a Ninja Turtle a few times in the past and, though that is extremely flattering, I unfortunately don’t have the martial arts skills to back it up.

In the curious case of Bam’s Wikipedia page, the untruth is so outrageous that it’s clearly unbelievable.

But in other cases, it is not so easy to distinguish fact from fiction or, dare I say, propaganda.

These days, there are people whose job is to sway public opinion on social media, whether it’s a strategic communications campaign or a swarm of troll accounts flooding a comments section.

While creativity and innovation in marketing and communications is more than welcome, untruth and ill intentions are not easily detected.

The biggest phenomena of the Internet age, social media and search engines, incorporate paid advertising to the user experience and now, money can buy eyeballs as well as people to produce bots and troll accounts to post, like, share, and comment incessantly. Click on a regular troll on any popular Facebook page and you may find him or her lacking a true identity.

This is a difficult pill to swallow when a large part of me prefers to engage people who genuinely agree or disagree, and are not being paid to do so.

There is a lot of manipulation happening online.

A far cry from the free marketplace of ideas that we envisioned the Internet to be, it has transformed into a lawless arena where gladiators compete for our likes, shares, eyeballs, clicks, and money by whatever means possible.

When we first discovered the World Wide Web, people celebrated the idea that anyone and everyone could use it as a venue to speak out, to share information, to formulate opinions and generate insightful discussions.

We found a space without propaganda or advertising, free from the control and influence of powerful politicians and wealthy businesses.

Today, what we have is a battleground of messages ceaselessly pushing us to buy a product, watch a video, share a meme, or vote for a particular candidate.

The boon and the bane of the Internet is the freedom it provides. Anyone can share information and go viral like the Al-Dub phenomenon and our DOTA2 related post about Team Rave that was shared 3,445 times!

This freedom also allows anyone to mask lies as truth and post it a hundred times from a hundred different accounts until it worms into your psyche.

So how do we take back the Internet?

Should we look at regulation to control trolling or do we leave it up to the websites to ban abusive language and verify identities?

Do we just tune out when confronted with abrasive comments, potentially ignoring opposing ideas that are worth our consideration?

Do we doubt everything we see online and limit our network to a curated circle, wasting the potential of an open, diverse, unpredictable debate?

Will we end up restricting our use of the Internet to that of self-expression?

How do we take the Internet back from the paid trolls and propagandists, especially during the campaign season where candidates have the machinery to invade both traditional and social media?

In our case, we take back our Wikipedia page by checking it everyday and updating it as often as possible. Perhaps, as users, more diligence is required when absorbing information.

Maybe there is a need to evolve our thinking – to be more analytical, to sift through the barrage of messages on the World Wide Web before we come to our own conclusions.

Bambi’s fearless forecast? The more trolls and propagandists attempt to take the Internet away from us, the more we will put up our own filters, exclude them from our circles, take their comments with a pinch of salt and heaps of humor, and find ways to generate free and open spaces for genuine dialogue and exchange of ideas. – Rappler.com

Senator Bam Aquino is the youngest Senator of the 16th Congress of the Philippines. With 6 laws under his belt, he has actively pushed for cheaper and faster Internet in the Philippines and is among the 50 Most Influential Filipinos Online according to Rogue Magazine. Connect with Sen. Bam on Facebook and Twitter – @bamaquino!