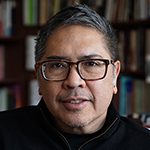 Facebook Twitter Copy URL
Copied
'Digong is a consummate story-teller whose personal experience, not abstract book learning or moral codes, constitute the substance of his tales and the source of his erstwhile wisdom'

Rodrigo “Digong” Duterte’s thanksgiving speech on June 4 in Davao was a marvel to behold, even on video. It was on semiotic overdrive. While recapitulating the usual themes of his campaign – the need to clean up the massive corruption in agencies such as Customs, Immigration, and BIR; the pledge to end the sale of illegal drugs by encouraging neighborhood vigilantes to arm and kill dealers, offering bounties for small and big time pushers alike; the need to bring back the death penalty, etc – the speech inevitably found its way towards the usual targets from “imperial Manila.”

At around 29:00 of the video, the fun begins. He launches his usual tirades against the bishops, liberally peppered with the usual cuss words uttered so crisp and clear they shattered into a thousand pieces as they hit the air, showering everyone with verbal shrapnel. Then at around 31:00, he turns ominously to the subject of the media, and talks about the assassinated (and according to him, corrupt low-life animal) Jun Pala and the great delight he took in hearing about his death.

Shortly after this grisly tale, he recounts the personal hurt he felt about being asked by a reporter for his medical certificate. This request, which he probably took as casting doubt on his integrity, apparently cut such a deep wound. He considered it a grave personal insult to be questioned, as all candidates are, about their health and to be asked to produce medical proof. As he did with Mar during the campaign, he came back with a nasty retort, responding to the reporter with what he took to be a proportionally obscene remark: he asked him about his wife’s vagina and whether it was smelly, whether she had vaginitis.

The vengeful – and sexist – ribaldry produced the desired result: everyone in the crowd laughed, the women covering their mouths in mock modesty. He piled it on with a homophobic bit, recounting how he had earlier challenged Mar, when the latter asked him for his medical certificate, to a display of manliness by comparing their penis sizes, so certain was he that Mar’s “otin” would be too tiny – proof that he was “bayot” or gay. Just check out the size of his ass, he says. The speech only ended when his young daughter came up to him, as she usually does, to remind him it was time to wind it down.

This speech leaves no doubt: Digong is a consummate story-teller whose personal experience, not abstract book learning or moral codes, constitute the substance of his tales and the source of his erstwhile wisdom. This is what he shares with the crowd: not any sort of policy proposal or political vision, but the residues of an injured pride and a frayed ego. He nurses resentments the way a gardener fertilizes his crops, making sure they mature to impressive growth. Roiling in a surplus of narcissistic injuries, he is not a man to forgive nor forget, but one who can’t wait to take revenge for every perceived slight. To question him is to disrespect him, and you will pay what he alone will determine to be the appropriate price.

In Digong, the Philippines has a president from below – not the lower reaches of the social hierarchy, but from lower anatomical regions – where everything private is public, where the personal is immediately political, and where sexuality and violence mix as easily as cream and coffee. If he tilts in an authoritarian direction, he does so without the taking cover behind a veneer of respectability (indeed, the usual burgis criticism that he is bastos just backfires). Rather, he revels in his shamelessness, at least towards those he already loathes for disrespecting him even as he is careful not to offend his big-time supporters, like the Marcoses.

At the end of the speech, he’s forged a warm intimacy with his audience, drawing them into a vernacular circle of familiar jokes and shared hatreds. From “Daang Matuwid” to the 7th circle of hell. – Rappler.com