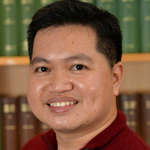 The green light has been given for the burial of former President Ferdinand Marcos at the Libingan ng mga Bayani – the final resting place of presidents, national heroes, and patriots worthy of inspiring and being emulated by “this generation and of generations still unborn,” according to the law that created it, Republic Act 289.

This move raises rather difficult questions from a legal and human rights perspective.

It is always convenient to say that President Rodrigo Duterte is merely exercising a discretion granted to him as commander-in-chief under Article VII, Section 18 of the Constitution. After all, the Libingan is being administered by the Philippine Veterans Affairs Office (PVAO), an agency attached to the Department of Defense. Hence, the defense secretary’s memorandum that directed the Armed Forces of the Philippines (AFP) to undertake the necessary planning and preparations for the burial also designated PVAO as the office of primary responsibility.

More importantly, the commander-in-chief clause validates the President’s rationale for his decision: “Because he was a soldier, period.” Every soldier who has paid the ultimate sacrifice deserves to rest in the national pantheon. A grateful country will find it extremely difficult to argue against this.

But on Marcos, both history and law concur to render a strong dissent. The National Historical Commission of the Philippines (NHCP) has categorically debunked claims that Marcos heroically fought the Japanese invaders as the head of a guerilla command called “Ang Maharlika.” That leaves him with the status of an ordinary soldier in wartime.

The President, however, in the exercise of his discretion, wishes to set the bar rather low: Marcos the soldier – never mind the historical facts – qualifies for the honor. In doing so, the President may have failed to consider that NHCP’s factual determinations relating to official Philippine history should carry tremendous weight legally, by virtue of the agency’s general mandate under Republic Act 10086. I say should because this power has yet to be tested in a judicial proceeding.

In any event, courts are required under Rule 129 of the Rules of Court to take judicial notice of the political history of the Philippines, without needing further evidence. Ergo, NHCP’s conclusion that wartime military records about Marcos’ “actions and character as a soldier do not provide sound, unassailable basis for the recognition of a soldier who deserves to be buried” at the Libingan, also settles the matter, legally speaking. 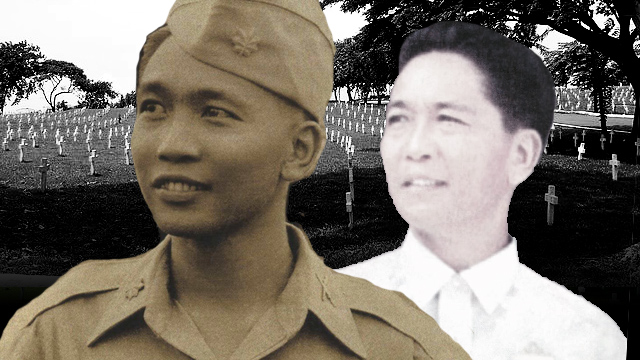 In fact, the Supreme Court already ruled in 1989 that the return of Marcos from exile in Hawaii was no ordinary case. In Marcos v Manglapus, the court, speaking through Justice Irene Cortes, held that it was not about a regular Juan battling an unconstitutional infringement of his right to travel and to return to his homeland, but was the “case of a dictator forced out of office and into exile after causing 20 years of political, economic, and social havoc in the country, and who, within the short space of 3 years, seeks to return.”

A generation later, Philippine society must look at the issue of Marcos’ entitlement to a Libingan plot with the same incredulity and heightened skepticism, no matter how simply President Rody Duterte puts it. The High Court as the final arbiter of democratic and republican ideals must be on guard precisely because the President would want it to look disarmingly simple.

The issue is as complicated as the 75,730 claims of human rights violations under the Marcos regime currently being processed by the Human Rights Victims Claims Board or HRVCB, which was established under Republic Act 10368. As envisioned by its authors, the law was passed to recognize the heroism and sacrifices of all Filipinos who were victims of summary execution, torture, enforced or involuntary disappearance, and other gross human rights violations from September 21, 1972, to February 25, 1986; to restore their honor and dignity; and most importantly, for the State to recognize its moral and legal obligation provide reparation for the deaths, injuries, sufferings, deprivations, and damages they suffered under the Marcos regime.

In short, RA 10368 is supposed to provide victims with a full measure of justice in line with the definition of reparation in the Chorzow Factory case. In that case, the Permanent Court of Arbitration ruled, “reparation must, as far as possible, wipe out all the consequences of the illegal act and re-establish the situation which would, in all probability, have existed if that act had not been committed.”

Accordingly, RA 10368 promises to wipe out the effect of the Marcos’ sins against the people. It also serves as a plain and painful reminder that the Philippines is just starting to fulfill its obligation under international law to provide reparation for victims of human rights violations under the Marcos regime. Now, we are faced with the situation where the claimants – a sizeable number of whom are from Mindanao – are awaiting the HRVCB’s decision on their claims, even as Marcos’ impending burial at the Libingan threatens to water down the legal and historical significance of any potential award.

Bearing in mind the overriding evidentiary character of the NHCP’s historical determination and the human rights implications of the ongoing reparations process, the question arises whether the President’s headstrong determination to bury Marcos at the Libingan is nothing short of arbitrary and whimsical, and therefore illegal. To accord the man whose regime had perpetrated massive violations is to deprive the victims of their due measure of justice.

For the President to argue that his was only a decision to bury Marcos the soldier, and not Marcos the arch-violator of human rights, is to belittle the heroism and oblation of the women and men resting at the Libingan whose merits have been tried, tested and proven in accordance with law. In our constitutional framework, not even the strongest electoral mandate in history, should exempt the President and his subordinates, particularly the Secretary of Defense, from the scrupulous application of established legal standards.

Incidentally, the Supreme Court’s power to correct any public official when the latter gravely abuses his or her discretion was made explicit in the present Constitution at the insistence of Chief Justice Roberto Concepcion, as a safeguard, a guaranty if you will, that the Court would not – as it had done decades ago in Javellana v Executive Secretary – wager the country’s future and shirk from its solemn duty to prevent it from sliding into another dictatorship. – Rappler.com

Marc Titus D. Cebreros is a lawyer and former executive director of the Commission on Human Rights. He is currently Chevening scholar doing a masters in human rights law at Queen Mary, University of London.