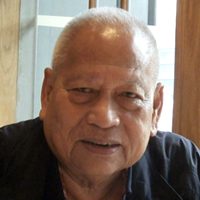 Let me begin by asserting that US-China relations will define the future of the Indo-Asia-Pacific region. And as power relations go, a nation’s location in the global pecking order will be determined by what it believes is worth fighting for – its core values, way of life, sovereignty, territorial integrity, and the like.

The challenge in our part of the world is: who will control the South China Sea/West Philippine Sea (SCS/WPS), or more specifically, will China be allowed to control the SCS/WPS?

On the first question: If China controls the SCS/WPS without fighting or firing a shot but by merely using sand, water, and patience, the negative impact on America’s global leadership will be immense and irreparable. It will trigger a fundamental reexamination of the basic security and political assumptions of its allies, partners, and friends in the Indo-Asia-Pacific region, and may even spill over beyond it – a global game changer.

There is no doubt America has the capacity to undertake any action anywhere in the world to protect its core interests. But winning a war with China may even be as great a challenge as waging one – a tantalizing possibility that has to be addressed with great courage and vision.

On the second question, the answer is clear: China’s leadership has made clear to the world that the People’s Republic of China (PROC) has indisputable sovereignty over the SCS/WPS within its so-called 9-dash line, and will defend it by any means possible.

China also declared that it does not recognize the July 12, 2016 ruling made by the international arbitral tribunal in The Hague which, among others, invalidated its so-called nine-dash line.

China’s actions are consistent with its dream which aims to recover its dignity from the hundred years of humiliation inflicted by the western powers by working to the top of the global pecking order. The SCS/WPS are an integral part of the China dream not only for their resources but a secure nuclear submarine pen for a second-strike capability.

China has recently initiated the beginning of a geostrategic arc connecting China to the Middle East, Africa, and Europe by land and sea through its One Belt One Road (OBOR) project. The ports, airports, energy centers, and the like that will be established along OBOR will be supported by its newly created Asia Infrastructure and Investment Bank (AIIB).

This is the context where the Philippines – weak as it is – rose to protect and defend its core interests, including its maritime entitlements.

It may be recalled that the US earlier brokered a deal which provided that the Philippines’ and China’s vessels simultaneously withdraw from the Scarborough Shoal. The Philippines complied with the deal’s provisions but China did not.

Subsequently, the Philippines – which earlier had engaged China in long and exhausting bilateral talks that produced no positive outcome – filed a case in The Hague regarding China’s illegal claims and activities in the SCS/WPS.

With the support provided by the US, Japan and Australia together with other allies, partners, and friends in the world, the Philippines overwhelmingly won its case.

When the tribunal ruling was released on July 12, 2016, the US leadership cautioned the littoral countries involved in the SCS/WPS dispute – the Philippines, Vietnam, Malaysia – to handle the ruling with restraint. Beyond the policy of restraint, President Duterte later declared the need for an independent foreign policy – which to my understanding is not for or against anybody but equidistant to everyone.

Of course, this was preceded by Duterte’s colorful language in reaction to a reporter’s query on human rights, which President Obama, during the Laos ASEAN + Summit, deftly handled, truly worthy of a great leader.

While recognizing President Duterte as a colorful person, he nevertheless cancelled their scheduled one-on-one meeting because – according to President Obama – no positive outcome may come out of it given the strained circumstances.

President Duterte deliberately omitted mention of the arbitral ruling during the ASEAN + Summit in Laos but made clear in earlier statements that when the time comes to negotiate with China, he will not go out of the four corners of the ruling.

Only time can tell which approach will better serve the nation’s interests: the hardline approach of former President Benigno Aquino III or Duterte’s soft landing.

Let us not forget the reality that our domestic situation is tightly linked to foreign policy which is only as strong as the people it represents.

The Duterte government has been in office for barely 3 months but it is already beleaguered because of the extrajudicial killings (EJKs) in its anti-drug campaign. To date more than 3,000 have been killed but more than 700,000 have surrendered, indicating the gravity of the nation’s drug problem.

While I agree with the government’s anti-drug campaign, we have to accept that since everyone cannot be killed, we should avoid creating conditions where, over time, justice will be defined by vengeance.

Making of an enabling environment

But beyond our legitimate concern about EJKs, the Duterte government has initiated a national reform program which promises to create an enabling environment that will provide the context for the nation to become rich, prosperous, and strong.

If successful, it will make this nation and the national leadership that made it possible great.

If successful, it would lay the foundation for making the shaping impulse of the Filipino in terms of: who he/she is, what he/she can be, what he/she can do, and what he/she can give. These will embody the formation of a new Filipino personality, a new identity of an empowered Filipino enabled to build a strong and respected nation.

We can become wealthy and strong, capable of building an independent foreign policy – a nation that is dependable and worthy as a partner rather than an unhelpful and dependent ally.

The enabling environment consists of:

But if all this fails, the judgment may be harsh and primarily in terms of the EJKs committed in the anti-drug campaign. This would be a terrible loss of opportunity because it will negate what could be bigger and bolder gains for the country. – Rappler.com

A retired military general, the author is the former national security adviser of the Ramos administration.