Cancer and the merchants of hope

Dec 2, 2016 11:45 AM PHT
Gideon Lasco
Facebook Twitter Copy URL
Copied
Complementary and alternative medicine must be taken seriously for a number of reasons “Sayang ang mga buhay.” (These lives are put to waste)

Thus was the lament of my colleague, a medical oncologist, who confided to me her frustration over cancer patients who seek alternative treatments: “They would come in the early stages, and we would advise surgery and other treatments. But instead, they would resort to unproven kinds of alternative medicine, from cabbage leaves to mangosteen tablets. As expected, these treatments didn’t work and they would come back months or years later, at a higher stage. By then, the treatments are much more expensive. Had they opted for treatment early on, it would cost them much less – and their cancers could have been cured.”

She concludes: “These ‘No approved therapeutic claims’ treatment modalities and their advertisements should really be regulated.”

My colleague, whose request to remain anonymous underscores the sensitivity of this matter even among oncologists, raises insights that are worth reflecting upon, in light of the growing incidence of cancer – the third leading cause of death in the Philippines.

What is the role of alternative medicines in cancer treatment? What benefits and dangers do they have, and what factors lead patients to choose them over biomedicine?

To be fair, we must note that there could be a “selection bias” at work here: Doctors are unlikely to encounter the “success stories” of alternative medicine: they will not come back for follow-ups. Instead they will be blogging and telling people about how they recovered.

Indeed, patients can be “cured” by other means. In fact, even without any form of active intervention, some cancers can just disappear: “spontaneous regression” is a rare but well-documented phenomenon in the scientific literature. In real life, however, cancer is rarely left alone; people attempt various kinds of treatments, and when they do experience some improvement, in the absence of a definitive explanation, they will attribute it to something specific: the religious to divine intervention, the healthy eater to diet, the MLM networker to the pill or a product that they could better sell.

Nonetheless, while testimonials can magnify these miracles, statistics show a dire picture: without biomedical treatment, most people progress through the stages of cancer. In one Canadian study for instance, the 5-year survival rate was 86% for breast cancer patients that accepted conventional cancer care and only 43% for those who didn’t.

The lack of evidence for their claims, however, has not stopped people from marketing all kinds of products as cancer treatments. Some manufacturers trumpet on the wonders of a single herb, while others claim to gather all kinds of curative herbs in one tablet. Many of them make use of scientific terms (i.e. “antioxidants”, “cytokines”) to sound authoritative, invoking laboratory and animal studies that are scientifically insufficient but are convincing enough for the general public.

They will also be advertised as “FDA approved”, as if it were an endorsement, even though the FDA only registers supplements as a matter of procedure and makes no actual evaluation of the products themselves or their claims.

Finally, many alternative medicines are promoted as harmless vis-a-vis the well-known side effects of chemotherapy. Left unsaid is the fact that supplements, too, can have side effects and more importantly there is a heavy opportunity cost of each day that goes by without getting proven treatments.

It is worth mentioning that others go even further, offering not just unproven treatments, but unproven diagnostic tools, using dubious methods such as special urine and blood tests, oftentimes with “high-tech”-looking devices. By “diagnosing” someone as having “cancer,” these quacks can then offer a treatment that is sure to work, as there was no disease in the first place. 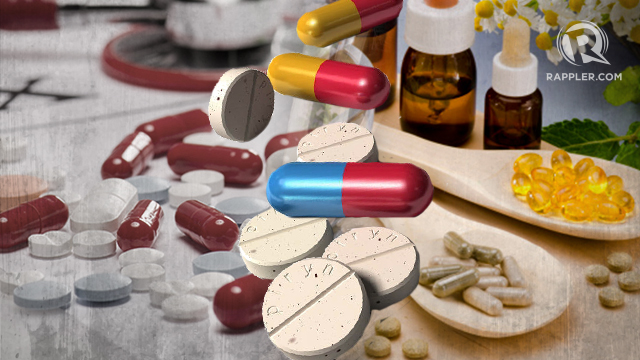 Complementary and alternative medicine (CAM) must be taken seriously for a number of reasons.

Firstly, biomedicine should never shut its door to new knowledge. Vincristine and vinblastine – derived from an periwinkle long used in India and China as an herbal medicine – are now important anti-cancer drugs. Immunotherapy – once set aside in favor of immunosuppression – is showing promising results and is now an exciting avenue for research. Indeed, CAM shouldn’t be generalized as ineffective. Moreover, while biomedicine’s paradigm is treatment, other forms of healing focus on prevention, and their view that modernity itself – our diets, lifestyles, and environments – has become carcinogenic is something that we must seriously consider.

Secondly, the health care system should see these alternatives as symptoms of its own problems and shortcomings. Perhaps it is not able to allay people’s fears and misconceptions about the causes of cancer and its treatment options (i.e. surgery, chemotherapy, radiotherapy). For people who fear cancer, taking supplements has “symbolic efficacy” in assuring themselves that they are doing “something” about their perceived risk. Perhaps, too, the cost of cancer treatment remains – or is perceived to be – prohibitively expensive to many Filipinos. Surely, better PhilHealth coverage will relieve patients of the hesitation brought about by the threat of financial ruin (On a positive note, the Z-benefit package is a step towards this direction).

Finally, alternative medicines speak of the toothlessness of the Food and Drug Administration in controlling the ways in which supplements and other products are marketed. Disclaimers such as  “No approved therapeutic claims” and the newer “hindi ito gamot” (This is not a drug) are meaningless when drowned by imagery and language suggest otherwise. While the FDA has done a great job in issuing public advisories against false claims, the fact that these claims are even allowed in advertisements underscores the need to give the FDA more regulatory teeth – and inter-agency support.

Ultimately, however, the decisions will have to come from cancer patients and their families. While it is easy to dismiss them as gullible or irrational, we must understand that they are caught in desperate situations in which there is nothing more attractive than hope, something that Western medicine itself cannot offer in clear and reassuring terms.

Until a cure for cancer is discovered – or unless we step up efforts towards information dissemination and regulation – the search for alternatives will go on, and “merchants of hope” will continue to profit from people’s desperation and hopelessness. – Rappler.com

Gideon Lasco is a physician, medical anthropologist, and commentator on culture and current events. His essays have been published by the Philippine Daily Inquirer, Singapore Straits Times, Korea Herald, China Post, and the Jakarta Post.