Dec 31, 2016 3:00 PM PHT
Facebook Twitter Copy URL
Copied
As the year ends, Mr Duterte, his PNP chief, his loyalists in Congress and the Cabinet should take a long hard look at what they have accomplished in these 6 months – before it is too late 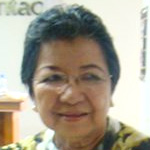 Congressional debate on martial law has suddenly taken public attention when President Duterte expressed strong disappointment in the way it is provided for in the 1987 Constitution. He cannot understand why the 1935 Charter’s provisions for Martial Law – which gives the imposition of martial rule exclusively to the Executive’s hand – are now changed to suit the 1987 Constitution.

Under the current Constitution, ratified by 76% of the electorate, the declaration of martial rule can be imposed only upon the threat of invasion or rebellion, when public safety requires it, and must be accompanied by a written or oral report to Congress within 48 hours.

The limits of martial rule cover 60 days and Congress has to determine whether or not to extend the law, based on evidence of fact. Further, any citizen can petition the Supreme Court to exercise its power of judicial review to determine the validity of martial rule. Mr Duterte sees this as added argument for charter change the soonest time possible.

In supporting the Executive’s concerns, the solons are now faced with the dilemma of rushing Charter Change to restore the powers of the Executive in the 1935 Charter with respect to the imposition of martial rule. Some would even argue that the pendulum swung too much to the opposite side in reaction to the experience of Marcos and Martial Law.

Instead of bickering with each other on whether or not the framers “swung the pendulum too much to the opposite side,” perhaps it is time we face the music and recognize what really matters to the people. As earlier pointed out, there are more than 75,000 reasons why the 1935 provisions on Martial Law were changed by limiting executive action through the democratic principle of checks and balance by both the Congress and the Judiciary.  The gross abuse of power committed by Marcos as dictator resulted in thousands of human rights abuses ranging from illegal arrests, unlawful detention, torture, rape, and summary killings which are all on official record by the Claims Board. The board was created by Republic Act 10368 to compute how much compensation and reparation should go to the individual claimants.  This law is, like the martial law provision in Article VII, Section 18 of the 1987 Charter, the collective legislative response of the people’s representatives to redress grievances committed by Marcos and his martial rule.

RA 10368 made Marcos, through his arbitrary rule as dictator, accountable and liable for all the human rights abuses committed against the people under martial rule. In other words, the rule of thumb should be to direct the entire machinery of government to the full implementation of the law for past crimes committed. Also, under present rule, to make sure that the people, especially those in the margins of society, be given protection and safety against the abuses that Marcos committed; in fact, to be able to live securely against the atrocity of crimes currently committed against the poor under the guise of implementing the war on drugs.

Yet what we witness today is a gross and morbid climate of violence and impunity that is tolerated by the Duterte administration when it admits to more than 6,000 summary killings in its 6-month term – 2,000 legitimized under police operations and 4,000 under mysterious circumstances.

Is it not the height of hypocrisy for the PNP to declare that crime has declined when there are more than 6,000 extrajudicial killings (PNP operations included) that have yet to be investigated? Most of these killings have been suspected drug users and drug pushers whose problems are mainly derived from conditions of poverty and poor health.  The solution is not to kill them but to cure them. As the year ends, Mr Duterte, his PNP chief, his loyalists in Congress and the Cabinet should take a long hard look at what they have accomplished in these 6 months – before it is too late.

When poor people, helpless and hungry die by the thousands under the power of the police gun and private hands without justice and the President is not bothered but is concerned solely with restoring for his use the powers Marcos had as dictator, then it is time for us all to wake up and take collective action. – Rappler.com

The author headed the Commission on Human Rights from 2010 to 2015 and served represented Akbayan party list in the House of Representatives from 1998-2007.