Federalism’s implications on our legal and judicial systems

Jan 7, 2017 11:00 AM PHT
Facebook Twitter Copy URL
Copied
The emergence of separate and distinct legal and judicial systems within the country need not necessarily divide Filipinos, but it bears to recognize that such a threat does exist, and it should at least cause one to think though the consequences of shifting to a federalist system 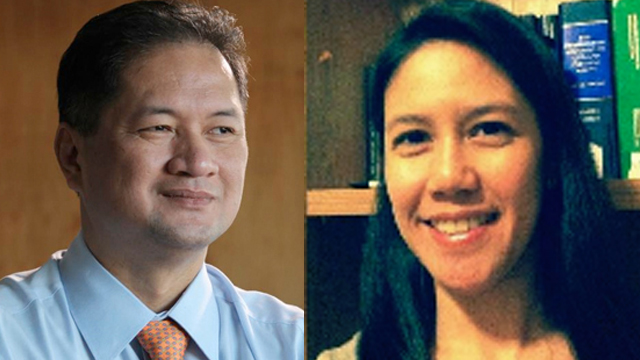 This is the first of a series of articles  the authors (and other collaborators) will be writing on constitutional change. The intent of the series is to influence the process of amending or revising the Constitution that is about to be launched this January.

President Rodrigo Duterte has laid the foundations for this process with the issuance of Executive Order No. 10 last December 7, 2016. The order creates a 25-member Consultative Committee that is tasked to “study, conduct consultations, and review the provisions of the 1987 Constitution including but not limited to the provisions on the structure and powers of the government, local governance, and economic policies.” The President is expected to appoint the chairperson and members of the Committee that has a 6-month deadline to submit its recommendation to him. Eventually, their work will be submitted to Congress that is expected to convene as a constituent assembly.

This article is on the implications of federalism, as distinguished from a unitary system, on our legal and judicial systems. It will be followed by articles on the economic provisions, human rights, public accountability, social justice, and on the debate between a parliamentary versus a presidential system of government.

Equitable development and genuine, lasting peace. These are among the positive outcomes envisioned and often cited by advocates of a shift from the country’s current unitary system to federalism. Advocates argue that these outcomes will be realized as a result of more power and discretion placed in the hands of the states or “federal regions” (according to one proposal by Congress, the 2008 Joint Resolution No. 10), rather than being concentrated in distant “imperial” Manila. Indeed, a key feature of a federalist set-up is the sharing of sovereignty and jurisdiction between a national/federal/central government and the governments of individual states or regions. Presumably, similar to other federalist jurisdictions, the national government will retain control and authority over defense and foreign affairs, including trade.

Beyond these areas specifically allocated to the central government, the state/regional governments are supposedly granted greater power, discretion, and resources to independently determine the fates of their own units and constituencies. Moreover, the people are theoretically enjoined to greater participation in political life as they are brought closer to their elected leaders, and in turn, the latter are made more accountable to the citizens.

One significant consequence of this sovereignty-sharing arrangement is the likelihood of having discrete legal and judicial systems within the Philippines. In other words, while still sharing the same citizenship and a common set of national or federal officials, Filipinos could be subjected to different laws (and, to a certain extent, moral codes), depending on which state/region they are residing or conducting their activities in. Hence, there is a myriad of questions that need to be asked – and eventually answered – in terms of the changes in the way that people would perceive and interact with the law and with the courts.

The more obvious and certain differences will be readily observed in the statutes relating to fiscal matters and regulatory concerns, since the shift to federalism is precisely rooted in the belief, among others, that the problems of unequal income and development, as well as of social unrest and armed violence, are best resolved by granting the various parts of the country (regions) broader autonomy in their decision-making and making them more “in-control” of their own resources. There is indeed much to be said about this proposition and the possible consequences of having tax rates differential and distinct regulatory policies across the states/regions. This article focuses, however, on the less expected, or at least less discussed, effect of a shift to federalism, namely, the emergence of multiple legal and judicial systems within the country.

Assuming, for purposes of this piece, that the Bill of Rights enshrined in Article III of the 1987 Constitution will subsist in the shift to federalism, there remain a number of possible variations in the civil, criminal, and administrative laws that each state/regional legislature can formulate on its own. 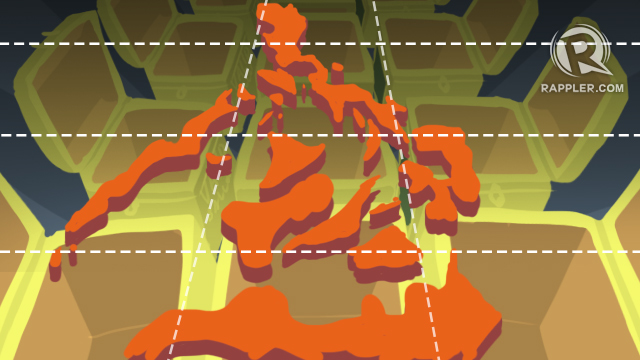 For instance, under a federalist system, the minimum ages (i) for criminal responsibility, (ii) for marriage, and (iii) for access to work may be altered, lowered, or set differently by each of the states/regions. It bears to ask in this regard whether or not the country is prepared to treat each Filipino child differently, and whether or not such resulting disparate treatment would be consistent with Philippine international obligations under relevant treaties, particularly the Convention on the Rights of the Child (CRC).

Relatedly, the requisites for marriage might vary across states/regions, such that same-sex marriage may become allowed in the more “liberal” jurisdictions. Restrictions might likewise be loosened in some states/regions, enabling the legalization of divorce. How these changes in laws/statutes governing persons and family relations would affect the provisions in the present Constitution – treating the family as ‘the foundation of the nation” and marriage as “an inviolable social institution… [to be] protected by the State” – is a question that Congress (acting as a constituent assembly) or members of a constitutional commission have to contend with.

As in other countries that have a federalist system like the United States of America, France, and India, certain activities may be legalized or decriminalized in various parts of the Philippines, but remain to be criminal acts in others. On the upside, in the light of the present lacuna in the law, online harassment can be properly defined and made punishable – perhaps at a faster pace – by some state/regional statutes. This would largely depend on the attitude of the population in a given state/region towards the balance between the exercise of the right to freedom of expression in cyberspace vis-à-vis the perceived governmental duty to protect victims of harassment in any form or medium. In connection to this, some states/regions may finally heed calls made in the past to decriminalize libel and to impose prohibitive monetary fines instead.

Conversely, there is also the possibility of declaring legal in particular states/regions the use of marijuana and other addictive drugs for medical purposes. Indeed, given the greater capacity of different sets of peoples, through their respective governments, to determine what activities are objectionable, and therefore punishable, the country would possibly have to deal as well with the reality that citizens of the Philippines have differing or conflicting opinions and moralities. A grave concern in this regard is whether such realization would affect the people’s sense of national unity, which is said to be a foundation of national security.

The judiciary in a federalist system

Concomitant to these foreseen changes in the statutes and the legal system as a whole, one also ought to ask how these would affect the way that courts work.

Critically, much thought has to be devoted to the reorganization of existing courts, the creation of new ones, and the determination of the hierarchy and relationship amongst them. Should judges in the state/regional courts become elected officials, or should they still be appointed like their peers in the federal/national courts? Can state/regional courts motu proprio refer cases to, or request opinions from, the federal courts, and vice-versa?

Federalism and the legal profession

With the creation of distinct state/regional governments, including judiciaries, another critical aspect to consider is the impact of these changes on the legal profession, i.e., the lawyers. With the shift to federalism, will there then be separate bar associations to be formed per state/region? Will existing lawyers authorized to practice law in the entire Philippines be required or compelled to “re-take” the bar examinations in each state/region? To recall, the present Supreme Court has traditionally been the sole entity constitutionally mandated and authorized to regulate the practice of law in the country. With the shift to federalism and the creation of discrete state/regional courts, would it then become acceptable for the supreme courts in each state/region to independently determine the qualifications for admission to the bar, thereby opening up the possibility of having divergent or inconsistent bar admission and ethical rules? In turn, how would these affect legal education in the country? Are the existing law schools adequate in number (per state/region) and sufficiently prepared to train would-be lawyers and to teach the newly-enacted state/regional laws?

A related situation that needs to be addressed is the possibility of having a dearth of lawyers in one state/region and a surplus in another. This can potentially impact on the people’s constitutional right to competent and independent counsel. All of these clearly require careful deliberation, inasmuch as these are quite delicate matters riddled with important constitutional implications. The debates and discussions about whether or not to pursue the shift to federalism should therefore include these issues/questions.

A charter that unites us

As a final note, without refuting or discounting the advantages of adopting a federalist system, one should still ponder the potential harms of such a shift, including an increased divisiveness or a diminished sense of unity among Filipinos, as a result of having distinct/discrete legal and judicial systems to govern their everyday lives. This raises an imperative for crafting a fundamental law, i.e., a constitution, that would continue to highlight, and serve as reminder of, the subsistence of our shared and common experiences and characteristics as one Filipino people, in spite of the admitted existence of particular idiosyncrasies (cultural, religious, political) among the population and which idiosyncrasies are made manifest in the content of laws.

Law, being a potent instrument of social change, as well as a product or expression of human nature and creativity, has a critical role in steering a nation to the people’s desired destination. Accordingly, reforms in the law or laws, not to mention in entire legal and judicial systems, especially those as far-reaching as the ones mentioned in this piece, would most likely bear significant consequences not only on the manner by which government is organized, but more importantly, with respect to the very way that people live their daily lives, perceive their roles within a society and a country, and deal with political, economic, and social institutions that the law has shaped as well.

The policy choice to shift to federalism, if thoroughly studied and prudently executed, will probably bring about significantly positive results, including those that advocates are expecting and rooting for. Foremost of such results must be that many Filipinos would begin to reap benefits that they desire but could previously not enjoy due to, among others, the undue concentration of power and resources to the “center.” However, the recognition and accommodation of differences and discretion that lie at the heart of a federalist system should not jeopardize more than a century’s worth of nation-building efforts, which were based on finding sufficient common and shared interests among a people of different views and backgrounds.

The emergence of separate and distinct legal and judicial systems within the country need not necessarily divide Filipinos, but it bears to recognize that such a threat does exist, and it should at least cause one to think though the consequences of shifting to a federalist system, or urge one to explore all possible means to avoid the potential dangers accompanying such shift and to design a federal system that unites and not dviides. – Rappler.com

Tony La Viña is former dean of the Ateneo School of Government.

Johanna Aleria P. Lorenzo is a doctoral candidate in Yale Law School, where she also obtained her Master of Laws (LL.M.) degree. She currently works on the subjects of international development and global administrative law, and previously served as Legal Specialist for an anti-corruption and good governance project with the Ateneo School of Government and the Department of Finance (DOF).