Is federalism the silver bullet? 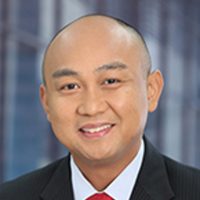 Facebook Twitter Copy URL
Copied
If federalism is to bring fundamental change, then the dynasties and the oligarchs should face greater competition

Shortly after the fall of the Marcos dictatorship, the nation’s leaders embarked on a reform that would reverse the over-centralization of power and finance. Launched in 1991, the Local Government Code reflected the country’s collective aspirations towards greater decentralization.

Decentralization was expected to bring government closer to the people by empowering local government units to respond to the needs of citizens, with policies and interventions that best fit their local conditions. It would recognize the country’s diversity in socio-economic and development contexts; and more importantly, it was seen as part of a grand effort to unshackle development in the countryside. It would finally allow local governments – their leaders and citizens – to chart and execute much of their development policies.

Spending, taxing and borrowing powers among other functions were to be devolved to LGUs; and their challenge would be to match resources with spending priorities. They would be incentivized to grow these resources over time to be able to match the growing ambition of their citizens. Many saw this as the key to stronger governance and accountability. It would end the fiscal dependence (and political vulnerability to) Manila-based politics.

Fast-forward to today, over 2 decades later, our malfunctioning democracy continues to reflect weaknesses in both the center and the periphery.

“Imperial Manila” continues to dominate over the economic and political affairs of local governments. Among the main complaints are that imperial Manila benefits disproportionately from both public and private sector spending and investments; that it controls public spending allocations to LGUs; and that it also passes on unfunded mandates to local government units (LGUs), further shrinking their elbow room to finance and craft their homegrown development strategies.

Why did Manila remain imperial? There are many factors, but one fundamental one is that the Philippine Presidency remains a “winner-take-all” contest that hands over the country’s still largely centralized public finances to Malacanang’s occupant. Roughly 80% of tax revenues are collected by central government agencies – and about the same share in terms of public spending is allocated through central government budget processes.

In large measure, this concentration of authority over public finance and the subsequent inequality in economic development outcomes has fueled the view regarding “imperial Manila.” Regardless of whether the government is reformist or predatory, federalist proponents contend that this over-concentration of fiscal power breeds bad center-periphery politics, and it also undermines the spirit of decentralized political power in the country.

On the other hand, the Philippines’ geographic periphery – supposedly the antithesis of imperial Manila – also faces intense governance challenges. Political dynasties dominate local politics. When expressed as a share of total local government leadership, the latest calculations suggest that dynasties are expanding at an average of about 4 percentage points per election. At this pace, dynasties may comprise almost 70 percent of all total local government leadership by around 2040.

Some people still ask: what’s wrong if all our leaders come from a small number of powerful families?

Based on the evidence, dynastic expansion is linked with weaker political competition, deeper poverty and much lower human development outcomes. Recent studies also emphasize how dynastic leadership patterns are associated with distortions in public finance – curbing local public finance allocations in favor of family ties rather than economic development and poverty reduction objectives. This is one of the factors that blunt the development impact of what the country spends for the poor.

Thus the present system is characterized by a perverse center-periphery relationship. The periphery depends heavily on the central government for resources, while showing very mixed results on the implementation of policies and laws. On the other hand, the central government fails to support decentralization, and often ends up consolidating power by maintaining control over public resource allocations. For the corrupt, control over public funds is seen as a prize – to be won after every election, generating rent-seeking opportunities for cronies and family members who benefit from government projects.

In the end “imperial Manila” and the dynastic periphery are often found in collusion – witness how each and every post-EDSA President has been accompanied by a pliant Congress. Many members of Congress often switch parties to ally themselves with the newly elected leader holding the purse strings. Even the many decent leaders who genuinely fight for their constituents’ welfare have no choice but to align themselves, if only for the good of their constituents and their own political survival.

And since decentralization was supposed to figure prominently as the basis of post-EDSA politics and economic development policy, it is no wonder that the country failed to realize the promise of EDSA both politically and economically. One way to view the present federalism initiative is that it allows the country to press the “reset button” once again – similar to the effort after the fall of the Marcos dictatorship in 1986. Here there are different views on the expected benefits and risks.

On the one hand there are those who point out that the country is essentially “federal” in structure already – we only fail to implement our laws and policies effectively. As noted by Dr Paul Hutchcroft of Australia National University: “If I had 100 pesos for every time a Filipino said that it’s not the policy design but the policy implementation that’s the problem, I would already be a billionaire.”

Some also emphasize that the risks of unintended consequences are great if the country appears unprepared to take on the herculean task of restructuring public sector governance and finance under a new political structure. (Let’s not call this structure necessarily “federal” because as noted earlier, some believe we already are. The point here is that there are different forms of federalism, and we might embark on an entirely new one, entailing many more reforms and considerable cost.)

On the other hand, there are those who believe federalism could address some of the key malfunctions that plagued our democracy since EDSA (and perhaps even prior to it). Being a former politician from the periphery, President Duterte could open the door to dismantling the central government’s excessive control over much of our public finance. This is the same control that causes many dynasties and oligarchs to try and influence leadership selection in the country so they could benefit from the largesse of public investments. Somehow disciplining or mitigating this control should create an opening for genuine decentralization to take root – even as many other reforms will be necessary to make sure unintended consequences are minimized.

Ceding some fiscal control from imperial Manila could result in better outcomes if reformists are empowered in the countryside rather than warlords and traditional elites. Alex Lacson, one of our country’s young leaders points out: “After the fall of the dictator in 1986, he was replaced by many mini-dictators.” Hence, with great power transfer should come greater accountability as well.

Ideally, these accompanying conditions for more effective decentralization should have been put in place already. The challenge was the apparent lack of political will to overcome vested interests and introduce reforms that would be good for the vast majority of Filipinos (and future generations). It is now arguable whether the influence of these vested interests were somehow mitigated by marginal reforms in the past few decades. Many citizens and leaders seem to think that marginal reforms on the existing framework have not been and will not be enough.

There is no silver bullet

Thus the answer to the question posed in the beginning of this article is: “Federalism is no silver bullet – but it can make a big difference if done right.”

The results will largely depend on how many deep governance reforms will be incorporated into the federalist initiative. The very same reforms that should have been introduced to strengthen decentralization in the country since the EDSA revolution in 1986.

Much of this should probably focus on building stronger meritocracy and accountability in leadership selection, as well as unleashing the full potential of the countryside through more inclusive public investments and dramatically increased foreign and domestic private investments. Federalism is actually not a necessary component for these reforms—but, politically, federalism appears to be the feasible vehicle for pushing them.

If federalism is to bring fundamental change, then the dynasties and the oligarchs should face greater competition. Otherwise, simply changing the rules while preserving the same small set of players will probably not fundamentally change the political game between the center and the periphery. Our citizens will continue to be caught in between unless this perverse co-dependency is ended. – Rappler.com

The author is Dean of the Ateneo School of Government. The views expressed herein are those of the author and do not necessarily represent those of the Ateneo de Manila University. This article draws from the study: Mendoza, R.U. and J.Ocampo, “Caught between Imperial Manila and the Provincial Dynasties: Towards a New Fiscal Federalism”.