Jan 28, 2017 10:26 AM PHT
Facebook Twitter Copy URL
Copied
If Aquino was ultimately responsible for Mamasapano should not Duterte accept ultimate accountability for the murder by PNP officers of Jee Ick Joo, and any murder subsequently discovered to have been perpetrated by the police? 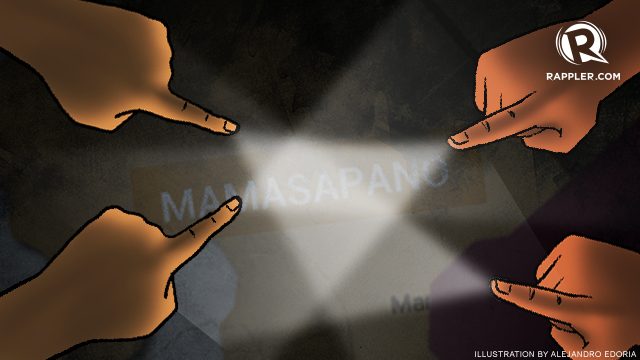 No additional information on the incident can take away the pain of those who lost loved ones in the Mamasapano encounter. Nor can it diminish the sacrifice that the SAF 44 made in the service of the country. That they were poorly prepared and badly led in a poorly planned and badly executed operation was not their fault.

Reviving the Mamasapano controversy may benefit an administration battling the backlash from the build-up of high-profile cases of corruption and murder involving government officials. Media will refocus on the Mamasapano controversy, diverting attention from such cases as: the liquidation by the police of Albuera Mayor Rolando Espinosa in his jail cell; the killing of Zenaida Luz in Mindoro by two motorcycle-riding police officers; the Bureau of Immigration bribery; and the abduction/murder by the police of Jee Ick Joo.

While distracting from unanswered questions about these cases, President Rodrigo Duterte was badly advised in adding even more glare to the scrutiny of Mamasapano that will come with the charges filed against former Philippine National Police (PNP) Chief Director General Alan Purisima and former Special Action Force (SAF) Director Getulio Napeñas for their handling of this mission. Hardly the most glorious operation conducted by the PNP and the SAF, Mamasapano is a reminder of their institutional weaknesses. It also threatens to rekindle the animosity that inflamed the relations between the PNP and the Armed Forces of the Philippines.

Command responsibility, which appears to be the premise for pinning responsibility for Mamasapano on former president Benigno Aquino III, is a double-edged blade. In Duterte’s own words, “If it’s sauce for the gander, it’s also sauce for the goose.” Like the directive to pursue drug lords, the pursuit of Marwan was a legitimate mission that Aquino did not even have to order; the PNP had been chasing Marwan since 2002. Marwan was the Malaysian terrorist on the FBI’s most wanted list.

If Aquino was ultimately responsible for Mamasapano – which he has acknowledged – should not Duterte accept ultimate accountability for the murder by PNP officers of Jee Ick Joo, and any murder subsequently discovered to have been perpetrated by the police?

As part of the post-2001 expansion of the global war on terror, the Americans had been supporting Philippine anti-terrorist operations through Operation Enduring Freedom-Philippines. The Joint Special Operations Task Force-Philippines (JSOTF-P) was organized in early 2002 and had been assisting in the hunt for Marwan since 2012.

According to the PNP, troops of the 84th SAF had shot Marwan and had cut off his right index finger, which was given to the US Federal Bureau of Investigation (FBI) to serve as proof of his death. But a Mindanao-based, party-list group called AWAT (Anti-War, Anti-Terror) surfaced in January 2016, and claimed that the killing of Marwan and the amputation of his right index finger had been accomplished, not by the commandos of the 84th SAF, but by Marwan’s own security aides. AWAT maintained that the 84th SAF found Marwan already dead and that it was Marwan’s left index finger that they turned over to the FBI.

With Duterte’s new friend in the White House, a simpler approach may be possible. Perhaps, he can request US President Donald Trump to ask the FBI to give him the finger or at least declare whether it belonged to Marwan’s left or right hand. The FBI response would catch either AWAT or 84th SAF in a lie.

Confirmation that the FBI received Marwan’s right index finger from the 84th SAF would disprove the AWAT story. Unfortunately, it would not conclusively credit the SAF 84th with the killing of Marwan. Taking Marwan’s life and taking his finger could have been done by different parties.

We do not know whether the United States is able and willing to shed light on this point, which could yield more information on the extent of US involvement in Mamasapano. But resolving at least the finger issue would be a good start to testing how much Mr Duterte can count on Mr Trump’s friendship. – Rappler.com

Edilberto C. de Jesus co-authored a chapter on Mamasapano in the book Mindanao: The Long Journey to Peace and Prosperity (Anvil, 2016), edited by Paul D. Hutchcroft.