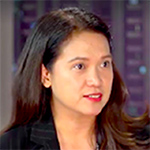 Regina “Gina” Paz Lopez is leading her entire clan in a familiar battle that involves politics and business. The quintessential Filipino business family is up against the mining industry this time.

A professed anti-mining advocate, Gina Lopez is currently the environment secretary who recently made a bold move to order the closure of 23 mines, which represent about half of the key industry players in this mineral-rich country.

Considered to be at stake in this battle is her family’s empire, valued at about US$1 billion by Forbes in September 2016. The clan is behind the country’s biggest media and cable group, and the most active investors in power generation and real estate.

Are the Lopezes prepared for it? Well, they are not coming in blind.

When President Rodrigo Duterte offered the post to Lopez after he won the presidential race last year, she not only got the consent of the family but their support too. Environmental issues are not just their passion; it’s their business as well. Gina’s cousins are the country’s biggest investors in geothermal and wind energy sources.

The family understands that any controversy that one member finds himself in ultimately affects them all, and mining has been one of them.

In 2012, Gina went into an anti-mining rant during an industry event, and picked a fight with Manuel V. Pangilinan. The businessman, known as “MVP,” had by then led the purchase of the Lopezes’ tollroad, water, and power distribution businesses, and just acquired gold and copper legacy miner, Philex Mining. Pangilinan wouldn’t have any of Gina’s sweeping statements that all miners were irresponsible. He stood up, pointed a finger at Gina, and uttered what would become a viral line: “You’re lying!”

The media picked up that rare public display of momentary loathing between the two representatives of the country’s business elite. The macho-cultured miners shrugged off Gina as just the greenwashing handmaid of the Lopezes, so they pounced on the family’s business practices. They revived issues against the Lopezes – such as the leaking pipes of the Lopez-led First Philippine Industrial Corp that displaced residents of the West Tower condominium in Makati in 2010, as well as the “Wowowee” stampede in 2006 during a television show of the Lopez-led ABS-CBN that killed over 70 and injured hundreds.

Gina was asked to stand down. She busied herself with her eco-tourism work. Before she became environment secretary in 2016, her public statements focused on the communities she has helped and the good her advocacy partners has done in the lives of countryside folks.

Gina is not the first member of the family to join government.

Fernando Lopez, her grand uncle, pursued a career in politics while his brother, Eugenio Lopez Sr, or Don Eñing, worked on the vast expanse of sugar land in Western Visayas.

Mina Roces, author of Kinship Politics in Post-War Philippines: The Lopez Family, noted that Don Eñing became one of the country’s most powerful tycoons at the time when Fernando entered national politics. Fernando started as a mayor in Iloilo before becoming vice president to President Elpidio Quirino and Ferdinand Marcos from the 1940s to the 70s. He also served concurrently as secretary of agriculture and natural resources under Marcos. Don Eñing’s eldest son and Gina’s father, Eugenio Lopez Jr, or “Geny,” was once also quoted as saying that it was necessary to have “some clout in Congress to ensure that one’s businesses were not affected by adverse legislation.”

After all, the Lopezes are the poster family for lessons on how being on the wrong side of the political fence affects business. Not only were they reduced to helplessness when Marcos turned against them politically, their stakes in power distributor Meralco, and TV channels ABS and CBN were also seized.

They were reminded again of this lesson when pension fund GSIS general manager Winston Garcia launched an attack against the family over some governance issues at Meralco in 2008. This was during the Arroyo administration, which had no love lost with the Lopezes, whose media empire was at the forefront in covering the scandals hounding the First Family then. Gina’s uncle, Manuel “Manolo” Lopez, who was at the helm of the power distributor at the time, eventually stepped down.

They took the lessons from those years to heart. To reduce their vulnerability to political attacks, the family re-aligned their empire’s corporate structure, allowing them better control of their companies should they find themselves on the defensive again.

It’s the same now in the case of Gina. Family members and close associates have said they are supporting her by fortifying her legal and communications capabilities as a public official. 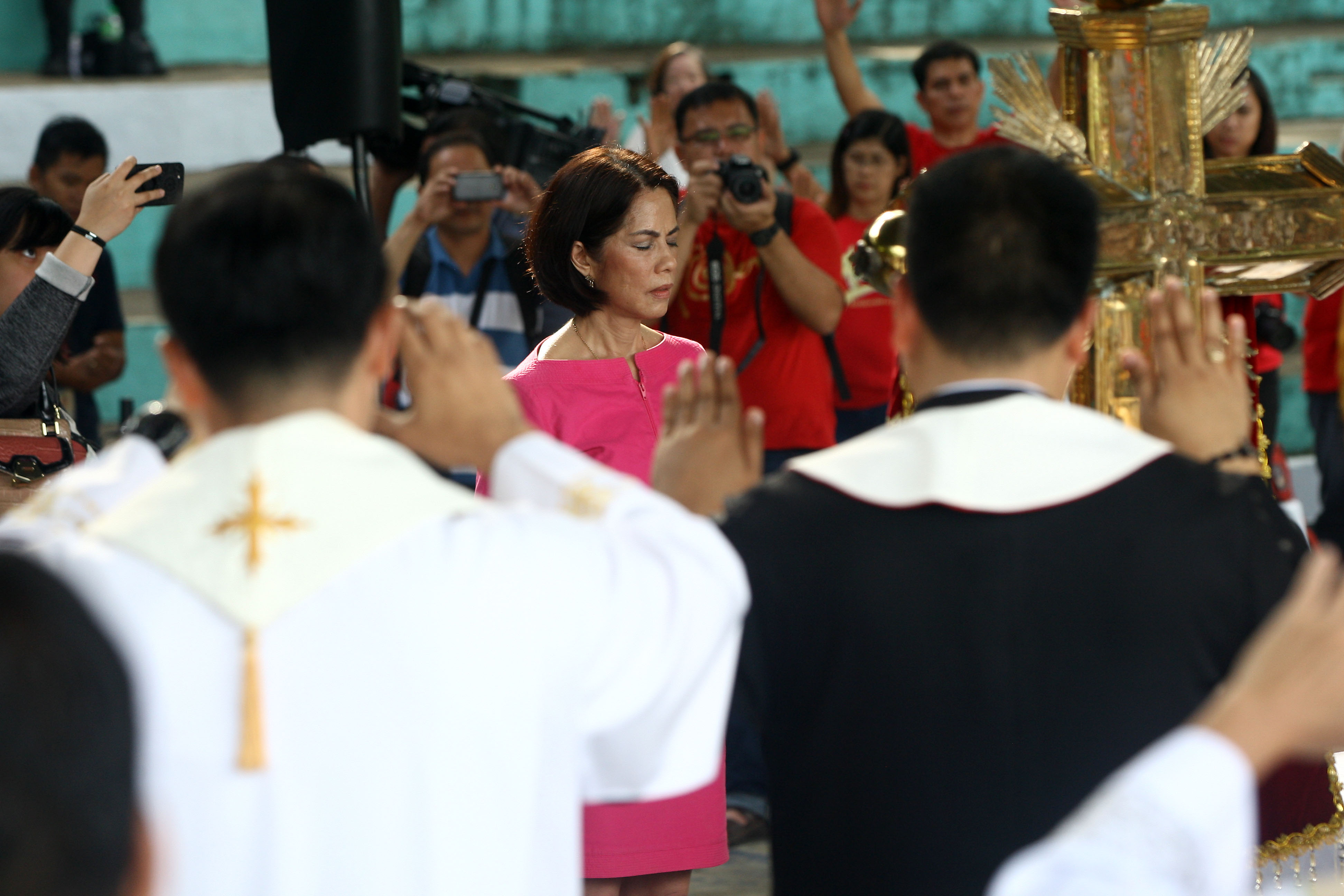 So far, the family sounds optimistic. President Duterte likes her. They both speak their minds – no matter who gets hurt. They are both impatient in showing results of their good intentions. They both want to get things done fast. She also speaks bluntly about the cause of the country’s many problems: government corruption.

Look at those bald mountains and dying rivers, she would say. She is in her element when she shows pictures and videos of destruction, no thanks to the miners she calls irresponsible over and over again, a public relations style more convincing than the industry’s. And since most of the major miners in the country are still digging for nickel or gold or copper, there is little or nothing to show for what they promise as a responsible post-mining life.

The computers or schools or free houses that mining companies provide their host communities in far-flung areas can be easily seen as a dole-out, an effort to appease. These pale in comparison to Gina’s pictures of “poisoned” rivers or silted soil. Never mind that those mountains have rich mineral deposits near the top soil that in turn stunt the growth of trees, or that incessant rain days before had caused the orange silt to slither down the beach.

Against an extractive industry with a long list of past sins, abandoned quarries and ugly digs, Gina wins the visual battlefield hands down. The passionate lover of nature is the face of green, not greed.

So far, the current conflict has remained civilized.

The industry is keeping the fight on the legal level, questioning the process she chose in ordering the mine closures. It’s not above board, they claimed. The supposed lack of due process sounds like a strategy that the mining businessmen hope President Duterte, a lawyer, will agree with.

It’s a strategy that was chosen over an old one: pointing fingers at small miners who, according to experts and analysts, are not compelled to adhere to global standards of taking care of the mountains and rivers while they dig. Nickel miners are among the most notorious and have sprouted in various remote areas and islands in the past years to meet China’s and Japan’s growing appetite for steel. These small miners are not as accountable to national agencies as their bigger, publicly-listed counterparts, and don’t have to be bothered by reputation.

The mining industry has an ally in Finance Secretary Carlos Dominguez, who has not been keen on Gina’s Cabinet appointment from the beginning. Dominguez has cited concerns on the impact of the closures on local governments and communities, stressing the logical need for transition plans. He revived the Mining Industry Coordinating Council to direct succeeding moves toward the oversight of the multi-stakeholder body, in effect reminding Gina to proceed with caution and less unilaterally.

Gina signed the council’s joint statement, but, in keeping with her bull-headed nature, said the day after that the council’s efforts are just a “recommendation.” It’s her decision that will count since it’s for the “common good.” (READ: Gina Lopez: MICC ‘cannot tell me what to do’)

During the press conference following the 5-hour MICC meeting on Thursday, February 9, the body language of Gina and Dominguez spoke volumes. They were seated next to each other but an invisible Chinese wall separated them. They were not only far apart in points of view but also in their reading of how this mining saga would unfold.

Dominguez is all too familiar with mining. He headed the rehabilitation of Rapu-Rapu gold-copper mine in Albay, following two mining spill incidents, which leaked effluents containing cyanide into nearby creeks. And he served as CEO of copper-smelting company, Philippine Associated Smelting and Refining Corp (PASAR), in the 1990s.

Unlike Gina who bagged the Cabinet position only after presenting to Duterte her wishes of an environmentally healthy Philippines in an hours-long meeting after the May elections, Dominguez goes a long way with the President. They are childhood friends. The former agriculture secretary under the Corazon Aquino administration, ex-bank president, and previous chief of dozens of companies was the President’s rainmaker during the presidential campaign.

President Duterte listens to Dominguez, as was the case when he broke his campaign promise on hiking Social Security System pension fund benefits, which would have put the fund life in peril. Economics and finance are, admitted Duterte, not his forte, and he defers to Dominguez on these issues.

Between Lopez and Dominguez, who will the President listen to? Should the conflict escalate, Duterte may eventually find himself in a position where he has to choose. And that would impact the continuing story of the fabled family that is the Lopezes. – Rappler.com