Whose EDSA? A reflection on the (failed) promises of ‘People Power’ 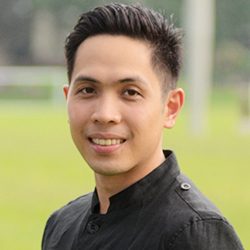 Facebook Twitter Copy URL
Copied
Like an audience of a ‘teleserye’ with no control over the plot, spectatorship is our default mode of involvement. What EDSA represents is the hope that such passivity has not always been the case.

I heartily agree with him. People Power in 1986 was made up of people from all walks of life, and its having been reduced to a protracted family feud – or a political melee – does injustice to its full meaning and proper legacy. Similarly, out of the countless politicians who have professed love for our country, how many actually acted on that love and worked for our nation’s good?

But the President’s statement also holds true for many other claims over certain ideas and values. I think now is a good time to be reminded that, similarly, no one has the right to claim a monopoly over the banner of change. The notion that we need an all-powerful and wise messiah to transform us into great nation has failed us in the past, and it is naive to think that the present or the future will be any different.

Change (that is, development and progress) and the spirit of EDSA (that is, freedom and democracy) are larger than individuals, and we can only realize their promise if we will move beyond our personalities-based politics into one that is based on principles. Why? For the simple reason that, in one way or another, all our political actors have fallen short of the ideals they themselves have claimed to espouse. Blind allegiance to those people, even when they transgress these ideals, advance their interests – not our nation’s.

The Catholic Church, for instance, has had a mixed record insofar as their role in our politics is concerned. While the choice was clear in 1986, it was less so in 2001, and the church’s participation in the latter somehow diluted the exceptionalism of the former, much to be detriment of the whole idea of “people power.” The Church’s obstinacy on the reproductive health bill, amid uncontrolled population growth and rising HIV prevalence, has likewise done them no favor. (I say this even when I greatly appreciate the church’s work in disaster relief and its firm stance against the death penalty.) The Liberal Party, too, has largely disillusioned people via two Aquino administrations which, despite some good intentions, proved themselves to be far from immune to our dirty politics. Lest we forget, P-Noy’s administration was no golden age, marked as it was with favoritism and lack of empathy. We call out Duterte for vindictiveness against Leila de Lima, but P-Noy was no less vindictive to GMA and the late Renato Corona. The Liberal Party’s progressive and technocratic impulses – still carried today by the likes of Leni Robredo and Risa Hontiveros – have thus been unfortunately overshadowed.

But if the Liberal Party failed to deliver on the promises of EDSA, Duterte and his allies have also largely failed to deliver on the promise of change. While claiming to fight corruption, he has openly sided with most corrupt family in our history. His professed love for country has been overshadowed by his hateful rhetoric – and his misguided conviction that death can solve our problems. Sure, it’s just been 8 months since he took his oath of office, but he himself raised people’s expectations by making outlandish vows, include ridding the nation of drugs and crime within 6 months.

Even so, there are some sectors where the winds of change can be felt. Gina Lopez’s DENR, for instance, is revolutionary in its willingness to combat environmental destruction, against all political odds. The Department of Agriculture under Manny Piñol seems truly earnest in revitalizing our much-neglected agriculture sector. And, to her credit, DepEd’s Leonor Briones has vowed to educate today’s youths about human rights and the true legacy of Martial Law.

These bright spots, and the country’s sustained economic growth, however, are undermined by two vexing issues: that of the extrajudicial killings, which the President has, at least in rhetoric, endorsed, and the specter of the Marcoses returning to power.

In this political climate, EDSA has taken a renewed significance. For many EDSA veterans, Duterte’s rule – including the deadly drug war and Bongbong’s ascendancy – is reminiscent of Martial Law. Meanwhile, for Duterte’s supporters, where EDSA failed, they think Duterte can succeed. Duterte’s election did not magically solve our problems – that is beyond denial – but perhaps, they think, giving him even more powers can. Ironically, 31 years after we drove away the dictator, the dictator’s son is part of many people’s hoped-for vision of a better tomorrow.

Personally, I do not want the status quo to continue, but nor do I want a revolutionary or authoritarian government in its stead. I want our democracy to stay the same – even flourish and mature, but I also want our country to change and progress in a way that respects the rule of law and takes into account people’s aspirations. I want strong leaders, but I want them to be equally compassionate; humble as they are proud of the dignity of the offices they bear; able and willing to live by the standards they set for others.

None of our political actors today seem to offer these choices – and part of it, I suspect, is because there is little clamor for them. Many Filipinos, indeed, are content to leave it to the likes of P-Noy or Digong to decide for us what is best, for the Miriams of the Senate to react to them, and when all else fails, expect someone like FVR – or worse, the US – to bail us out.

Like an audience of a “teleserye” with no control over the plot, spectatorship is our default mode of involvement: we take sides, oftentimes with fanatic intensity, without demanding active participation.

For me, what EDSA represents is the hope that such passivity has not always been the case. In those fateful moments in 1986, the idea of democracy became greater than the people who claimed to be its champions.

And so the millions came; numbers far greater than Saturday’s crowds in Luneta and EDSA combined. – Rappler.com

Gideon Lasco is a physician, medical anthropologist, and commentator on culture and current events.