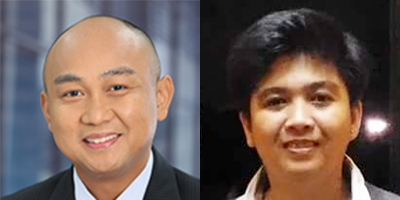 Recently, there have been calls to reinstate the mandatory Reserve Officers’ Training Corps (ROTC) program in the country. The calls have been reinforced by President Duterte’s first State of the Nation Address where he mentioned the need to strengthen the ROTC program to “instill love of country and good citizenship.”

While having ROTC would certainly bolster the military preparedness of our country, it would be wise to properly assess the investments necessary to produce a well-trained and effective reserve force.

The lack of resources and the often corruption-plagued implementation of the program before it was made voluntary in 2002 should give us pause before making this mandatory again.

The Armed Forces of the Philippines (AFP) is very lean. Recent figures place our active military personnel at around 125,000 and our reservists at around 130,000. We have one of the smallest militaries in the world today – at a mere 0.1 percent of our total population. Compare this to Taiwan whose armed forces number around 300,000 (around 1.3 percent of its population), yet they maintain a reserve force of over 3.8 million based on recent reports.

In the words of a former Department of Education Secretary who will remain unnamed, bringing back mandatory ROTC will simply produce “cannon fodder” as quality is sacrificed for sheer numbers.

Basic skills are necessary for a well-trained reserve force. And these skills cost money to build up. Marksmanship is one example. If the ROTC program shall be made mandatory again – and if this time they will invest properly in this type of skill – the government would have to provide for the students’ training on proper handling and firing of standard issue firearms among all higher education institutions across the country.

Let’s do the math.

Consider that there are around 1.2 million students in our SUCs. If only one-fourth of these students receive basic marksmanship training, we are looking at about 300,000 young people to train. According to the Basic US Army Weapons Qualification, each one of them would have to fire at least 40 rounds, say, on an M16 rifle, the standard issue rifle of the AFP.

Should this same standard be applied to our ROTC program, the government would need to spend well over P360 million, an amount never before allocated for ROTC (to the best of our knowledge). And this is for only one round of training. Expert marksmen are developed through repeated rounds of marksmanship training.

Holistic disaster relief training is another example to consider – particularly since this is very relevant to our country and the capabilities of its citizens’ reserve force. To help illustrate, community emergency response training accredited by the US Federal Emergency Management Agency (FEMA) could serve as a usual benchmark of higher-caliber training. The course includes Fire Safety, Light Search and Rescue, Disaster Medical Operations and Psychology, Terrorism and Disaster Simulation. This training course costs about US$75 per person.

If we assume a cost of even only one-third this amount (due to purchasing power parity adjustments), and about the same number of students above, then this would cost P375 million.

Based on these examples alone, marksmanship and disaster relief training would cost the country over P0.7 billion based on conservative estimates. And since the proposal contemplated by government right now is focused on K-12, the numbers can only get bigger, since they can be expected to have more students enrolled. 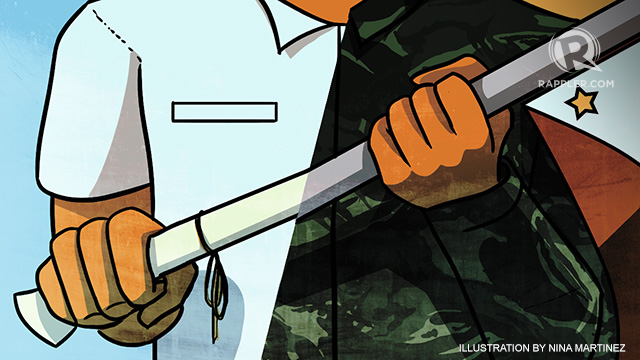 It’s clear that mandatory models of reserve force build-up imply considerable cost, notably IF the country aims to build a well-trained reserve force. Hence proposals to push for mandatory ROTC appear headed for more mediocrity and underfunding, given that sheer numbers are unlikely to be funded in full.

A scholarship-based program could be more useful in several ways. By providing partial to full financial assistance and scholarships to young leaders, we could produce more citizens qualified to serve the Armed Forces after college. Our Armed Forces, in turn, could use this to boost their skills complement in key areas.

For example, the Tweedale Scholarship program of the Navy ROTC in the United States provides educational assistance to students majoring in specific technical fields like engineering, mathematics, computer science, chemistry, and physics. This type of program helps to attract that country’s best and brightest, and presumably underpins the continued professionalization and skills-build-up for a modern military force in the 21st century.

Canada’s Regular Officer Training Plan (ROTP) gives students an opportunity to obtain both an officer’s commission in the Canadian Armed Forces and an undergraduate degree. Under the ROTP, the Department of National Defense pays for all costs of tuition, uniforms, books, and other miscellaneous fees.

Another alternative is Taiwan’s ROTC program. The Ministry of Defense of Taiwan provides monthly stipends amounting to NT$10,000 for those enrolled (roughly Php 15,000 for their living expenses).

In all these cases, these countries have opted for a high quality and well-trained reserve force that could be on standby as well as serve as a pipeline of skilled new leaders for their rapidly modernizing military.

Part of professionalizing the AFP

A well-funded and volunteer-based ROTC program could be more selective and identify young leaders from different provinces with strong potential to take the helm of the AFP and other branches of government.

By allocating resources to key degrees needed by our military for its continued professionalization and upgrading into a 21st century fighting force, voluntary and scholarship-based ROTC could be an effective human resources mechanism.

In countries like the US, ROTC has produced leaders like former Secretary of State Colin Powell, former Chairman of the Joint Chiefs of Staff Henry Hugh Shelton, and former Army Chief of Staff George William Casey Jr., among others.

Our youth deserve no less than a world-class and modern ROTC program. Certainly, there are more effective ways to build our young people’s love for our country than force-marching them under the sun, while making them miss out on the key skills that they would otherwise need as part of the reserve force.

As we have learned, an under-funded ROTC program is susceptible to corruption and actually breeds more distrust of government and the military rather than love of country. Many of our young people are willing to serve, and they appreciate the President’s call to service. It is our duty to ensure they can do the job right. – Rappler.com

Ron Mendoza is Dean of the Ateneo School of Government, and in 1995 served as ROTC wing commander in Ateneo during his senior year in college. Ma. Christine Roylo is a student in the Polytechnic University of the Philippines. The authors thank Michael Yusingco, Ivy Baysic, and Jason Rodrigo for their comments and inputs in the earlier versions of this draft.