Flores’ fluorescent lamp and (our lack of) critical thinking

Mar 15, 2017 3:01 PM PHT
Gideon Lasco
Facebook Twitter Copy URL
Copied
Instead of looking at Mocha Uson as a problem in and of herself, perhaps we can (also) view her as a symptom of a deeper malady: our lack of critical thinking 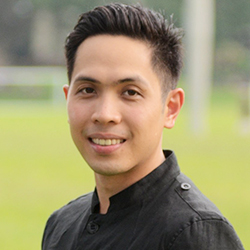 Like many of our kababayan, I grew up believing that Filipinos invented the fluorescent lamp and the moon buggy, among other notable marvels of the modern age.

As our elementary and high school textbooks proudly recounted, an Agapito Flores, born in Bulacan, invented the fluorescent lamp and its very name is indelible proof of its inventor. The same textbooks claimed that a Filipino engineer, Eduardo San Juan, invented the historic vehicle that the Apollo astronauts used when they explored the moon.

Years later, I would be disappointed to find out the Agapito Flores story is actually a myth. In a 2001 Inquirer piece, science writer Queena Lee-Chua wrote: ”No scientific report, no valid statement, no rigorous documents can be used to credit Flores for the discovery of the fluorescent lamp. We have tried to correct this misconception, but the media (for one) and our textbooks (for another) keep using the Flores example.”  The word fluorescent, of course, comes from the Latin fluorspar (a mineral) and opalescence – not from Flores. A prototype for the fluorescent lamp was already patented by Peter Cooper in 1901 – when Agapito Flores was just four years old.

The Eduardo San Juan story is a bit complicated. Lee-Chua also wrote of correspondences with NASA that yielded no mention of any Filipinos among the Boeing engineers who designed the lunar rover. Paulo Ordoveza, the longtime internet fact-checker, however, found that Eduardo San Juan was a aerospace engineer who did contribute in the design of a lunar rover – just not the one NASA used. Thus while he can be credited for being part of the pioneering age of space engineering, he cannot be called the “inventor” of the lunar rover.

These factual errors notwithstanding, these “inventions” continue to circulate, in textbooks, the internet, and even in newspaper columns. What lessons can we learn from these “tales”?

At the superficial level, they speak of the poor quality of our textbooks – something that crusader Antonio Go had tirelessly sought to make known to the public. As Niels Mulder wrote: “For a long period of time, and with considerable publicity, Go exposed the nonsensical material and factual inaccuracies that are densely woven into current Philippine schoolbooks…However, after fourteen years of campaigning he finally decided to throw in the towel in 2010. The quality of public education provided is apparently a trivial issue to the citizenry at large, while those who reviled him are still after his skin.” Mulder argues that these factual errors are both a cause and effect of the lack of critical thinking we need in our civic society. 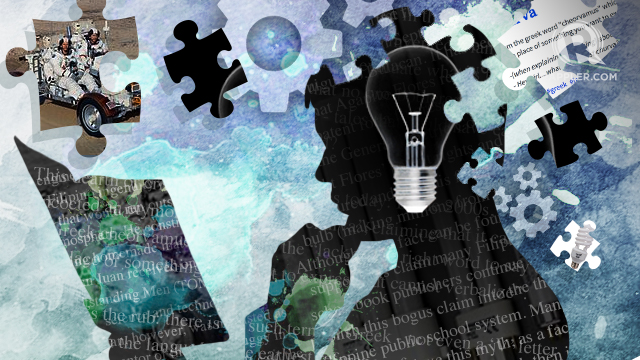 And this brings us to a bigger point – one that has taken on a renewed relevance in our time. Indeed, what is at stake in these inaccuracies is not just the trivial knowledge that a Filipino invented a lamp, but our capacity to collectively and individually evaluate what is factual and what is fictitious. How could it be that no one bothered to interrogate those tales that fly in the face of logic – tales that could have easily been verified?

This dearth of critical thinking continues today: In the 2000s, someone concocted an etymology of the term “churva”, claiming that it came from the Greek cheorvamus, defined as the “lack of the right word to say or in place of something you want to express but cannot verbalize”.

But here’s the rub: there is no such term in Greek – not even a ‘V’ letter or sound in the language! The earliest references for the word comes from Filipino e-groups, and a crowdsourced Urban Dictionary entry that also came from our kabayans. Surprisingly, however, even some newspaper writers accepted the definition as true, echoing it without questioning its factualness!

Is it a surprise, then, that fake news circulates today, and that misleading advertisements and false therapeutic claims do not get called out? Instead of looking at Mocha Uson as a problem in and of herself, perhaps we can (also) view her as a symptom of a deeper malady: our lack of critical thinking. – Rappler.com

Gideon Lasco is a physician, medical anthropologist, and commentator on culture and current events.