Facebook Twitter Copy URL
Copied
A tighter grip on reality – through data and evidence – may be one of the best ways to brace ourselves against this new, rising wave of authoritarian rule

Upon his return from Russia, the President gave a press conference where he explained at length his decision to declare martial law across Mindanao.

But perhaps just as significant was his on-the-spot sacking of Secretary Benjamin Reyes of the Dangerous Drugs Board (DDB) for repeatedly saying there are about 1.8 million drug users in the country. This official figure contradicts the President’s own guesstimate of 4 million.

The President said: “And here comes a chairman…You’re fired. Today. Get out of the service. You do not contradict your own government…”

In this article we explain in detail the study that arrived at the 1.8 million figure. We show that even with a liberal estimate of 2.5 million drug users, the President’s 4 million figure is still off the mark and lies beyond the realm of statistical probability.

The 1.8 million figure comes from the “2015 Nationwide Survey on the Nature and Extent of Drug Abuse in the Philippines” published by the DDB in September 2016 (see below).

The survey, conducted from December 5, 2015 to February 5, 2016, included a random sample of 5,000 respondents coming from 5 regional groupings nationwide: NCR, North Luzon, South Luzon, Visayas, and Mindanao. Each of these groups had a sample of 1,000 individuals.

The 5,000 nationwide sample size is quite large; SWS and Pulse Asia usually settle for just around 1,200 respondents. Moreover, the sample was constructed so that the overall results are nationally and regionally representative of the 77.22 million Filipinos aged 10-69 back in 2015. But remember that a survey yields a statistical estimate of the number of drug users – not the actual prevalence of drug use out there. As such, we have to take into account the so-called margin of error, which makes room for possible over- and underestimation.

This range of estimates (1 million to 2.5 million) is crucial since it flies in the face of the President’s guesstimates on the number of drug users. In various occasions, he said that there can be 3 million, 3.7 million, or 4 million drug users in the Philippines. (READ: Is Duterte’s ‘4 million drug addicts’ a ‘real number’?)

But Figure 2 shows these presidential guesstimates (red lines) lie outside the confidence interval of the DDB’s study (blue lines). The President’s most conservative estimate of 3 million drug users is 22% higher than the DDB’s most liberal estimate of 2.5 million (and the 4 million figure is 62% higher).

Hence, the data suggest that President Duterte’s 4 million figure is most likely an overestimation. Figure 2. Source: 2015 DDB study and various news reports. The DDB interval estimate is based on a ±0.9 margin of error on the prevalence rate (95% confidence interval). The Duterte data refer to his 3-4 million guesstimate (in between is his 3.7 million claim during his first SONA).

Where does the discrepancy come from?

Why is the President’s figure off the mark? There could be a number of reasons, all of them weak at best and absurd at worst.

First, does the President confuse the number of current drug users (1.8 million) with those who used it at least once in their lifetime (4.63 million)? If so, should the drug war also target the additional 2.83 million who stopped using drugs recently?

For this, we can ask how the rate of drug use rose so fast, when two previous surveys by the DDB have shown that the number of drug users tends to be quite stable, never exceeding 2 million since 2008?

Third, is the President referring to drug users of all ages, even those aged below 10 and above 69? If so, this would imply (absurdly) that there are 1.53 million drug users among the very young (below 10) and very old (above 69). This also means that the prevalence of drug use for these age groups would be 6%, or twice the prevalence rate of those aged 10-69!

All in all, there seems to be no strong explanation that could justify the President’s 4 million figure. Government officials have also failed to give any detailed and satisfactory reason for the discrepancy.

The sacked Secretary Reyes himself tried to reconcile the data by saying that the DDB study’s margin of error is ±5 percentage points. Indeed, this would comfortably contain the President’s 4 million figure. But as we mentioned earlier, the DDB’s study was based on a margin of error of just ±0.9 percentage points. Sadly, even margins of error are no longer immune from alternative facts. 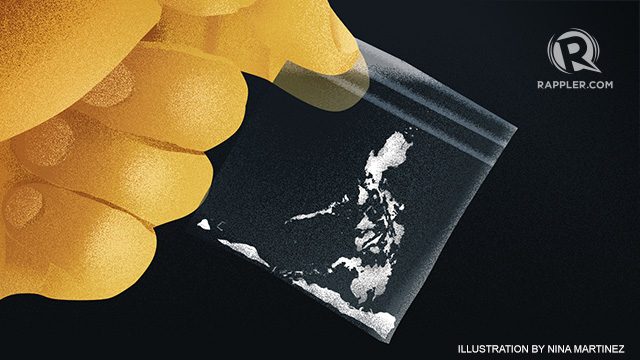 Let’s not lose our grip on reality

In sum, President Duterte’s estimated 4 million drug users is a bloated figure that lies beyond the realm of statistical probability and lacks any solid empirical basis.

But the debate over 1.8 million versus 4 million pales in comparison to the disturbing way by which the administration has brazenly misused statistics and ignored scientific evidence in its efforts to justify the brutal drug war.

The President’s sacking of DDB Secretary Reyes over contradictory data only raises further suspicion that the President is not being totally forthright about his numbers.

Fudging the numbers is disturbing for two main reasons. First, to the extent that the President uses drug use data to justify his brutal drug war, an overestimation could easily be used to justify an extension of the bloody drug war up to the President’s last day in office.

Second, if the President now disputes the drug user data, what other statistics could he dispute later? GDP growth figures? Inflation figures? Unemployment figures? If these figures contradict his own guesstimates, will he also fire officials of the Philippine Statistics Authority?

The pages of history are replete with despots who rose to power by altering the facts and gaslighting their citizens.

With the descent of martial law in Mindanao (and maybe later throughout the country), never has it been more important to stick to the facts. In the end, a tighter grip on reality – through data and evidence – may be one of the best ways to brace ourselves against this new, rising wave of authoritarian rule. – Rappler.com

The author is a PhD student at the UP School of Economics. His views are independent of the views of his affiliations. Thanks to friends and colleagues for valuable comments and suggestions.