On Congress and martial law, 2 words: ‘Duty’ and ‘review’

There has been a chorus of demands from the public for President Rodrigo Duterte to disclose the “factual basis” of his declaration of martial law. He, however, has no constitutional obligation to publicly disclose this in full – vague and generic reasons to assuage public curiosity, yes, but not sensitive information, which could potentially put in danger not only the success of the operation but also the lives of our soldiers fighting on the ground.

The President, however, has a duty to fully disclose his factual basis to Congress, which, under the Constitution, has the automatic duty to revoke, validate, or extend the period of martial law. Thus, to properly decide on the propriety of the declaration, it is essential that all members of Congress – both the House of Representatives and the Senate – have to be informed of the full basis of the declaration so that they can properly decide their course of action.

President Rodrigo Duterte’s Proclamation Number 216 is the second martial law declaration in the post-dictatorial Philippines, the first being the 8-day martial law declared by former President Gloria Macapagal-Arroyo in the province of Maguindanao on December 4, 2009, after the infamous Ampatuan massacre. Duterte’s proclamation declares a state of martial law and the suspension of the privilege of the writ of habeas corpus in the Mindanao group of islands for a period not exceeding 60 days. After a martial law declaration, Article VII Section 18 of the 1987 Constitution requires that the following procedure should be done:

“The Congress, voting jointly, by a vote of at least a majority of all its Members in regular or special session,may revoke such proclamation or suspension, which revocation shall not be set aside by the President. Upon the initiative of the President, the Congress may, in the same manner, extend such proclamation or suspension for a period to be determined by the Congress, if the invasion or rebellion shall persist and public safety requires it.”

President Duterte’s written report to Congress was handed to Senate President Aquilino Pimentel III and House Speaker Pantaleon Alvarez on May 25, during a special Cabinet meeting in Davao City. While the submission of the President’s written report complied with the 48-hour requirement in the Constitution, the House of Representatives, through Majority Leader Rudy Fariñas, announced that since the President intends to “send [his] report to Congress in writing…there will be no need for [Congress] to convene tomorrow (May 25) or Friday (May 26).” (READ: No joint session on martial law? Congress ‘shields’ Duterte)

The nature of this convening requirement has fortunately already been passed upon by the Supreme Court in Fortun vs. Gloria Macapagal-Arroyo (GR Number 190293, March 20, 2012), the suit involving the constitutionality of the aforementioned Maguindanao martial law.

In the case, the Supreme Court characterized Congress’ power to revoke and extend a martial law declaration as an “automatic duty to review and validate or invalidate.” These operative words must be noted: “automatic duty” and “review.”

First, the power of Congress is in the nature of a “review,” meaning the authority to re-examine, revise, or consider for purposes of correction (Black’s Law Dictionary). This would translate to Congress’ authority to pass upon the declaration so that, in the end, it can invalidate, validate, or extend the same.

In contrast with the Supreme Court’s power of review, which is confined to the “sufficiency of the factual basis,” the scope of Congress’ review is fuller and unfettered, covering not just its factual basis, but its propriety, proportionality, and even its plain wisdom.

Thus, in the Maguindanao Martial Law case, the court noted that, under the 1987 Constitution, the power to proclaim martial law or suspend the privilege of the writ is no longer the sole and exclusive prerogative of the President, but now exercised “in tandem” with Congress, “sequentially” and “jointly.” Sequentially and jointly because “after the President has initiated the proclamation or the suspension, only the Congress can maintain the same based on its own evaluation of the situation on the ground, a power that the President does not have.” 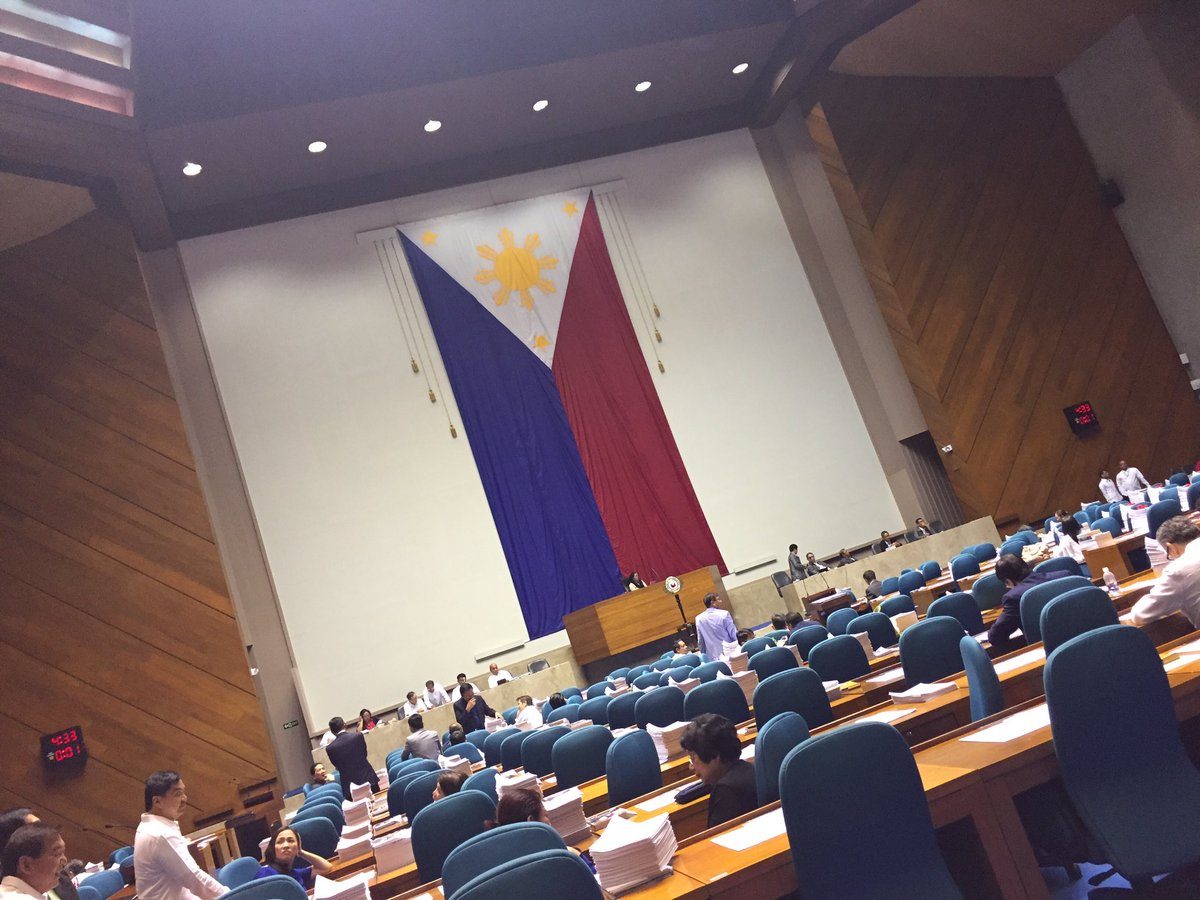 Second, the review of Congress of the President’s martial law declaration is an “automatic duty.” This means that what was assigned to Congress was not just a discretion to revoke or not to revoke, but a positive duty to review. This would mean the duty to summon evidence on the factual basis, examine them, and, in the end, make its own independent judgement on the propriety of the declaration.

And the review is automatic, because no one needs to file anything to trigger the review powers of Congress. By the mandate of the Constitution, Congress has to instantaneously convene when it is in session, or within 24 hours following the proclamation or suspension if it is not in session, without need of a call.

The matter of revoking a martial law declaration is one of the strange scenarios in the 1987 Constitution where the members of the House of Representatives and the Senate are voting “jointly.” I say strange in the sense that the 24 incumbent senators would be mixed with 292 members of the House of Representatives during voting, rendering the Senate virtually irrelevant.

“Only when Congress defaults in its express duty to defend the Constitution through such review should the Supreme Court step in as its final rampart.

If the Congress procrastinates or altogether fails to fulfill its duty respecting the proclamation or suspension within the short time expected of it, then the Court can step in, hear the petitions challenging the President’s action, and ascertain if it has a factual basis.”

Would this mean that those who intend to question a martial declaration before the Supreme Court have to wait for Congress to be in default before they can do so? When exactly can we say that Congress is already in the state of procrastination or that it already failed to fulfil its duty? Does the failure of Congress to convene within 24 hours (as in the case of the present Congress) already qualify as procrastination? These are confusingly vague standards that the Supreme Court can hopefully clarify, if not further redefine, in the future.

Now that martial law has been in place in Mindanao and the President has sent his report, the ball is in the hands of Congress and the Supreme Court, which, under the Constitution, are tasked to keep the President’s power in check. It must be recalled that the Marcos martial law came to be, along with its horrors, precisely because these two other great branches of government failed us. Congress handed its full powers to Marcos in a silver platter and the Supreme Court coalesced with the dictator. In their failure, the country burned to the ground and until now we still struggle to pick ourselves up from those ashes.

Today, we look up to them again, Congress and the Supreme Court, hoping that this time they will be on our side. – Rappler.com