Jun 13, 2017 9:00 AM PHT
Facebook Twitter Copy URL
Copied
In a world where Filipinos are everywhere, where our diaspora has no boundaries, it is time to take a liberal approach to Filipino citizenship 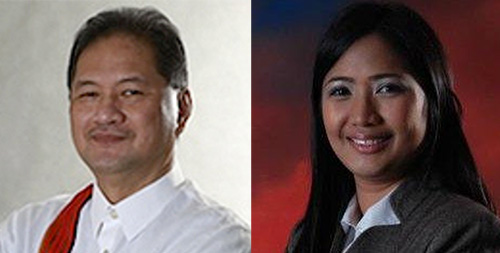 This week, on June 12, we celebrate Independence Day in the country. It’s been 119 years since Emilio Aguinaldo declared our separation from Spain and we still debate about what makes us one country.

Down south, in the heartland of Mindanao, war is raging in the streets of the iconic city of Marawi, among others on the idea that what makes us different is greater than what unites us.

In this article, we look at another phenomenon that has divided this country from its foundational days, the concept of citizenship and who deserves that recognition. We look particularly at recent controversies to highlight the debate and point to ways forward in the interest of national unity.

The controversies around the citizenship status of former Foreign Affairs Secretary Perfecto Yasay Jr, Senator Alan Cayetano, and Senator Grace Poe emphasize again the reality that our country still needs to come to grips with how we accommodate global Filipinos into our society. The criticism against dual Filipinos like Loida Nicolas Lewis engaging in Philippine politics, is also an indication of this.

In particular, should global Filipinos be treated the same way as other citizens, or should they have less rights, particularly in political and governance matters? How restrictive should we be? Should Filipinos, who have some kind of foreign link by birth or through migration, be treated differently than other Filipinos? Or should we be liberal about this, including, for example, abandoning the natural-born citizenship requirement for many government positions, from as high as the President to ordinary workers in government?

When former senator Cayetano was appointed foreign affairs secretary a month ago, there was once again a small outcry about his citizenship. Thankfully, that died down quickly as it is a non-issue. Certainly, Secretary Cayetano’s legal status cannot be compared to his predecessor’s, Perfecto Yasay Jr. But the fact that some tried to make it an issue proves again that we have yet to come to terms with how we should accommodate global Filipinos into our society.

We saw this question of the role of global Filipinos in the case of Grace Poe when, together with the issue of foundlings being natural born citizens, her reacquisition of Philippine citizenship and years of residence in the country were questioned. Thankfully, the Supreme Court decided these issues decisively in her favor, applying a liberal standard of interpretation to conclude that she has reacquired Philippine citizenship properly and had accumulated the required 10 years of residence to run for president. A contrary decision would have been disastrous for the Philippines.

Another global Filipino that has been attacked recently is the lawyer and philanthropist Loida Nicolas Lewis. Perceived to be critical of President Duterte and a supporter of Mar Roxas/Leni Robredo and the Liberal Party, Lewis has been attacked in the press and in social media as a foreigner interfering in Philippine domestic matters. She and other prominent Filipino-Americans have been linked to Robredo in so-called destabilization plots against Duterte.

This is of course laughable and completely untrue. Loida Nicolas Lewis is a good woman who cares deeply about the country. Her philanthrophy has helped many Filipinos, particularly in her home province Sorsogon where she has invested heavily in improving education. Most of all, Lewis has been a leader in galvanizing Filipino Americans to support the Philippines on its territorial disputes with China and to promote good governance in the country. I am not politically aligned with Lewis but I appreciate and welcome her involvement in the Philippines. I am particularly grateful to Lewis for her sterling leadership in the advocacy to get global Filipinos the right to become dual citizens and to get all such Filipinos, OFWs and dual citizens, the right to vote.

The Yasay case is perplexing. Why did he not do a Grace Poe and take the steps to reacquire his Philippine citizenship once the Dual Citizenship Act was enacted? He did do the renunciation in the United States Embassy in June 2016 before his appointment to the Duterte Cabinet. He could also have reacquired his citizenship before the renunciation and taking office. Perhaps, he truly believed that he never became an American citizen since he claims he never had the intention of staying in the United States thus negating, rendering it null and void from the beginning, the oath of office he had taken to become an American citizen.

Subjective belief aside, the facts are quite clear on Yasay’s citizenship. Born Filipino, he lost his Philippine citizenship when he took an oath as an American. He never became a Filipino citizen again, which could only be done through either repatriation or by reacquition, with the latter conferring on Yasay the status of dual citizenship. When he renounced American citizenship in 2016, in my view, Yasay clearly became stateless. The good news though is that he can easily reacquire Philippine citizenship. It does not take rocket science for him to determine what steps to take to do that. But it requires humility and an admission that you have made a mistake.

Alan Cayetano is a natural-born Filipino

It is as clear as day: Senator Cayetano is a natural-born Filipino. Having renounced properly his American citizenship (I would argue that dual citizens by birth do not have to do this), he is qualified to be senator and to run for or be appointed to any position that required natural-born citizenship.

For the record, even as we might have differences with the Cayetanos on some issues, we respect their record of service. We remember certainly the contribution of their father, the Senator and Attorney Rene Cayetano, to our national life.

Raising a bogus issue of citizenship against Alan Cayetano is alarming. It reopens again the debate on how global Filipinos should be accommodated in our society. Its time to put a stop to this.

Who are global Filipinos?

What does it mean to be a Filipino? In an attempt to strengthen a unified national identity amid strong regionalism, education policymakers of the Commonwealth period tried to push various markers of Filipino identity: a Filipino language; a Filipino “race” of kayumanggi-skinned people; a common historical national narrative of freedom-loving heroes who fought colonial rule.

This push for a common identity might have hastened the development of a shared Filipino identity. But it also had the unfortunate effect of creating a limited, narrow concept of “Filipino-ness,” prioritizing those with “pure” Filipino ethnicity who have never set foot outside the Philippines, whose roots and identity are exclusively Filipino.

Yet there are many ways of being Filipino. Simply look at its legal definition – anyone who has Filipino citizenship – and we immediately see that Filipinos are not just kayumanggi-skinned people, but also Filipinos of many different ethnicities: Chinese-Filipinos, Indian-Filipinos, Australian-Filipinos, and so forth. It includes not only those whose ancestors have lived on Philippine soil since time immemorial, but also those whose families have only been Filipino for 3 or 4 generations, as well as those who have been naturalized in their lifetimes.

The distinction among Filipinos in our law is only between naturalized and natural-born Filipinos. Our law does not create a hierarchy of Filipino-ness based on language, skin color, or religion. The word “Filipino” fully includes, therefore, those who are Filipino by accident as well as those who are Filipino by choice. It fully includes those whose ancestors are part of the national narrative of Filipino history as well as those who identify with alternative narratives of migration: both immigration and emigration.

More and more of us are global Filipinos. For some of us, it is our family history that made us “global”: Filipinos with non-Filipino ancestry; naturalized Filipinos who were formerly foreigners; and dual citizens from birth. For others, it is the choices we have made in our lifetimes that have made us “global”: these are the documented and undocumented OFWs; permanent residents of another country; former Filipinos who renounced but subsequently reacquired Filipino citizenships.

As we become more global, we must learn to challenge our own narrow conceptions of Filipino-ness, and learn to fully embrace each and every Filipino.

Beyond the legalistic definition of Filipino, we can also speak of Filipino identity, which is even broader and more inclusive, as it includes even more global Filipinos: the American child with Filipino parents who goes to Tagalog school on Saturdays to learn his parents’ language; the young European mestiza with a Filipino mother who visits the Philippines to learn more about her roots; the Japanese husband who has lived in the Philippines for decades, building his life here with his Filipina spouse: as long as they identify as such, they are Filipinos too.

In trying to define the nation, Benedict Anderson described nations as “imagined communities”: referring to our capacity to imagine a kinship and shared identity with people we have never met before, and with whom we have no blood relations. Those of us who have met or been global Filipinos know this well: the smile of recognition we give to a stranger in an American supermarket when we hear her speaking in a Philippine language to her children, or being called the familiar “Ate” or “Kuya” by a stranger on a European train. Global Filipino-ness does not detract from our identity; it enriches it, stretching the boundaries of our nation.

In a world where Filipinos are everywhere, where our diaspora has no boundaries, it is time to take a liberal approach on Filipino citizenship.

We might want to consider abandoning the natural-born citizenship requirement for most government positions, keeping it only for the President and Vice President and abolish it for everyone else. In the case of dual citizens, we might want to abandon the requirement of renunciation of foreign citizenship to take on most government positions, perhaps again retaining it only for the highest offices.

We need our global Filipinos to engage with the country. Let us make sure we give them the opportunity to do that. – Rappler.com

Tony La Viña is former dean of the Ateneo School of Government. Rowena Azada-Palacios is an assistant professor of philosophy at Ateneo de Manila University.