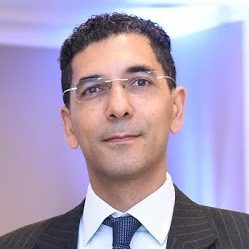 Facebook Twitter Copy URL
Copied
One person is displaced every 3 seconds. By the time you finish reading this sentence, someone will have been displaced.

One of the things my colleagues in the Philippines have taught me is the word bayanihan, which stands for solidarity and bearing one another’s load. As we witness the worst humanitarian crisis of our generation, where conflict and violence force thousands of families every day to flee their homes, it is this spirit of togetherness that is needed across the world today.

Throughout my two decades with the United Nations High Commissioner for Refugees, the UN Refugee Agency, I had the chance to witness acts of generosity and compassion by ordinary people, my colleagues, and even among displaced communities themselves after losing everything.

Perhaps this is what makes humanitarian work worthwhile; it reminds us that at the end of the day, we are all bound by our common humanity despite our differences.

From the classroom to the front lines of conflict

I was teaching law in 1997 when I got an invitation to serve with UNHCR in Mauritania. I had very little knowledge of humanitarian work at the time, and transferring to a different country seemed daunting.

But maybe the call to serve was stronger.

Back in 1999, we were confronted with a tense situation where a village in the south of Mauritania was surrounded by the armed forces. In the middle of the desert, the community was prevented from returning to their village and were exposed to the elements. Urgent action was needed to address mounting vulnerabilities.

Six months later, through the intervention of UNHCR, this seemingly impenetrable village was teeming with life. The community supported each other, started cultivating their own food, and become self-reliant. It was a sharp contrast from what it was half a year before.

At the heart of UNHCR’s work is providing protection to refugees—a field I have been involved in since my assignment to Mauritania two decades ago.  I also have had the privilege of training UNHCR’s humanitarian workers, NGOs, and government officials worldwide who provide protection to families in conflict and emergency hotspots.

Protection encompasses all the activities we can carry out to uphold and safeguard the right of refugees: It can mean helping asylum-seekers find safety, seeking release from detention, helping refugees obtain identification, or access to jobs. It can mean advocating for better laws with governments.

Protection can also mean ensuring that life-saving assistance in handed in a way that is gender-sensitive and respects diversity.

Protection is more relevant today as the number of displaced persons continues to rise. The worst humanitarian crisis of our time

2016 saw the highest level of forced displacement ever recorded, according to a new report UNHCR released today, June 19.

The report, which surveyed the state of global forced displacement, showed that the number of displaced persons was at 65.6 million as of the end of last year. This is 300,000 higher than the previous year—a result of protracted fighting and disruption in peace efforts in long-standing conflicts.

This is equivalent to one person becoming displaced every 3 seconds.

This means that by the time you finish reading this sentence, someone will have been displaced.

One of the primary drivers of global displacement is the war in Syria which has raged on for more than six years. More than 11 million have fled their homes, 5 million of whom live in refugee camps in neighboring countries. More than 2 million have perished, 24,000 of whom are children.

The cost of the Syrian war will reverberate for generations. Displaced children have limited access to quality education, and it is estimated that 24.5 million years of education have been lost.

What humanitarian work teaches us every day is to look beyond the numbers and see that refugees and displaced persons are real people like you and me, with their own dreams, fears, and hopes. We also see that in communities and nations where peace remains elusive, civilians are the ones who pay the biggest price and bear the disproportionate burden of suffering caused by war and violence.

These are mothers and fathers, sons and daughters who have abandoned everything they have—oftentimes with nothing but the clothes on their back. These are families with the most modest of resources who have lost their homes, their work, and sometimes their relatives.

Yet on the front lines of conflict, and in the fog of war, my colleagues and I continue to witness the courage and resilience of these families who have been forced to flee home. They don’t give up, and they find a way to start again. They find a way to fight despair, strive to belong, and become contributors to communities they are part of.

We have also stood witness to the immense generosity of many individuals, families, villages, towns, cities, and nations we have worked with. It is also important to note that the vast majority of the world’s refugees are hosted in the poorest countries, and we must do all we can to support them.

Tomorrow, as we mark World Refugee Day, we honor the courage and resilience of families forced to flee conflict or persecution. We also honor the spirit of inclusion and generosity demonstrated by those who may not have a lot, but have much to give.

The world can no longer be passive while thousands continue to drown in the Mediterranean, while children are uprooted from their schools, while women and girls risk abuse and gender-based violence because of their displacement, and while families continue to be torn apart in their search for safety. The Filipino and the bayanihan spirit

Every day at UNHCR, we encounter people who give us a stark reality check. Some would ask, “As ordinary citizens, we cannot stop war or deeply-rooted protracted conflicts. Is there anything we can do to help?”

The gravity of the situation makes one person seem powerless. It is easy to leave the solution to those who have access to power levers, or those in boardrooms deciding the size of grants to be given.

But this is very far from the truth; we must not let the staggering level of displacement paralyze us from taking action.

Where is the Filipino amidst all of this?

Filipinos are no stranger to being a source of an outpouring of generosity for families on the run from persecution and death.

Long before we could alter our profile photos or post a hashtag expressing solidarity with victims of violence, Filipinos have long embodied the spirit of bayanihan and have personified generosity, on a global scale.

When other nations shut their eyes and closed their doors, the Philippines sometimes would be the only country to welcome refugees. “You can come here. You are welcome. We will share the burden with you. We will not shut our doors on you,” Filipinos and their leaders would say.

In the 1920s, long before the country had formal immigration policies, the Philippines had welcomed activists fleeing political persecution in Russia. Almost two decades later, in one of the darkest times in modern history, the Philippines provided refuge to 1,200 Jews escaping the rise of Nazism in Europe. (IN PHOTOS: The life of White Russian refugees in the Philippines)

In the Philippines’ modern history, there have been nine waves of providing humanitarian support for refugees from Russia, Spain, Iran, Vietnam, China, and East Timor.

Recently the Philippines, through President Rodrigo Duterte, donated US$300,000 to provide humanitarian assistance to the Rohingya, the marginalized and persecuted boat people of Myanmar.

Indeed, the Filipino is strongly rooted in its rich history of providing humanitarian support. (TIMELINE: Philippine laws and policies on refugees) I have served with UNHCR in many countries, each with their own protection needs. What makes Filipinos special is that they seem to naturally and intuitively understand and empathize with people who have been uprooted from their homes by war, conflict, violence, persecution, and calamities.

In my three years here, I have noted that Filipinos—the man on the street, in government, in the military, in courts, in businesses—are some of the most compassionate people whose actions for the vulnerable and the displaced go beyond the bare minimum.

At a time when expressions of solidarity are becoming rare, at a time when inward-looking, security-focused policies become dominant, Filipinos remain a beacon of hope and humanitarian spirit.

World Refugee Day is our opportunity to remember that there are now more people displaced by conflict or persecution than any time since World War II. Never has the need for solidarity to stand with refugees been greater than today.

For Filipinos, World Refugee Day is also an opportunity to recall how past generations have demonstrated generosity to the most vulnerable peoples when it counted the most.

As UN High Commissioner for Refugees Filippo Grandi would say, “when we stand together with refugees, we also stand for respect and diversity for all.“

World Refugee Day is our opportunity to ask ourselves: “What can we do through simple actions to help build better futures for displaced families? What can we do to promote a spirit of inclusion and bayanihan?” – Rappler.com

UNHCR, the UN Refugee Agency, encourages Filipinos to stand in solidarity #WithRefugees and with families torn apart by war, conflict and violence. To learn more how you can help, please visit: http://donate.unhcr.ph/refugees.

Yasser Saad is the head of the Philippine office of UNHCR, having served with the UN Refugee Agency for 20 years. He has both Egyptian and French nationalities, and holds a Master’s Degree in Public International Law from the University of Paris. Following a short stint as a lecturer for law students, he started his career as a humanitarian worker in Mauritania in 1997. He covered emergencies in Yemen, Iraq, and Tunisia. He was also posted in Geneva, Bangkok, and Algeria before being assigned to the Philippines.