Mr President, before signing the law on free college tuition, please read this 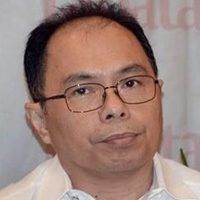 Recently both houses of Congress approved a bicameral conference committee report consolidating Senate Bill 1304 and House Bill 5633. Awaiting signature of the President, this legislation has 6 objectives. I quote:

1. Increase participation rate among all socioeconomic classes in tertiary education

3. Give priority to students who are academically able and who come from poor families

6. Recognize the complementary roles of public and private institutions in tertiary education

To achieve these objectives, the proposed measure identified 3 instruments:

The question in many minds is whether the proposed instruments will deliver on the stated objectives.

Before discussing this proposed measure, it is worth mentioning that Republic Act 10687 or the Unified Student Financial Assistance System for Tertiary Education (UniFAST) Act was recently signed, in October 2015. This law rationalizes Student Financial Assistance Programs (StuFAPs). The merits of this law are discussed in Orbeta and Paqueo (2017). This is a useful reference in discussing this proposed measure.

While well-intentioned, the untargeted free tuition in SUCs, LUCs, and state-run TVIs will likely lead to unintended consequences.

First, it appears to be based on hypothesis not supported by data. The often-used justification for this proposal is that most, if not all, students in SUCs, LUCs, and state-run TVIs merit even greater government subsidy, i.e. poor. However, examination of the composition of students attending public HEIs in 2014 shows that only 12% of the student population may be considered poor, or the from the bottom 20% of the income classes.

With this enrollment structure, any untargeted subsidy will benefit more richer households than the poorer ones. The proposed measure virtually asks a public school teacher in a rural area whose child did not qualify to a public tertiary education institution to contribute to the education of a car-driving child of a doctor in an urban area who qualified primarily because of better basic education preparation.

In the competition for free spaces in the public tertiary education institutions, those who have poorer basic education background, namely those form poorer households, will expectedly lose. This is clearly demonstrated by data from an existing targeted program called the Student Grants-in-aid Program for Poverty Alleviation (SGP-PA), which directly targets Pantawid families with college-ready high school graduates.

Based on entrance examination scores, the SGP-PA grantees clearly have poorer academic preparation compared to other students and will lose in open competition. Only explicit targeting of the poor – like what is done in the SGP-PA – will assure them of spaces in public tertiary institutions.

Hence, it is doubtful that this policy of free tuition will deliver on the stated objective of increasing access for all socioeconomic classes. Instead, it will promote even greater proportion of student from higher socioeconomic classes in public tertiary institutions than what already prevails.

Second, it is worth highlighting that instead of encouraging more private investments in human capital development, the law proposes to replace with general taxes the tuition and other fees that households have already willingly decided to contribute to the education of their children.

These private investments are motivated by the well-accepted hypothesis that, unlike basic education where most of the returns accrue to society, returns to tertiary education mostly benefit the students. In addition, it is also worth noting that this is not a onetime allocation but is a recurring one.

How long and how capable is government in replacing this lost private contribution to tertiary education remains to be seen. If this cannot be sustained or is replaced only partially moving forward, deterioration of the quality of publicly-funded tertiary education can be expected.

The economic managers in their memorandum to the President are correct in being apprehensive that financing this substantial recurring allocation may not be sustainable and “easier said than done.”  These arguments show that this does not contribute to fulfilling the stated objective of “optimized use of government resources in education.”

Third, the other hypothesis underlying the move to provide free tuition and other fees in SUCs, LUCs, and state-run TVIs is the expectation that this will encourage attendance in tertiary education, in general, and the attendance of the poor, in particular.

The latter is desirable from the equity objective. Unfortunately, there appears to be no real empirical basis for this hypothesis. Simple analysis of the relationship between the presence of SUCs in the locality and enrollment shows this hypothesis is not supported by data in general and much less among the poor. This is easy to explain by pointing out that tuition and other fees is not the biggest component of total cost of tertiary education but living allowance. 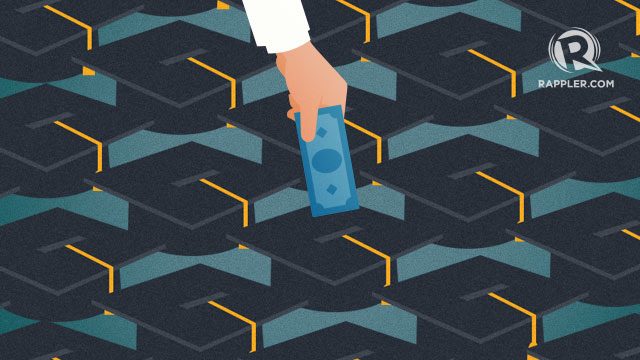 In addition, it is also worth highlighting that there is no real urgency of aiming for higher attendance in tertiary education given that the country has still many more tertiary education graduates compared to countries in similar level of development.

The law stipulates that students with financial capacity can volunteer to opt out of subsidy or contribute to the school. One wonders how many will be civic-minded enough to volunteer to contribute when one can get tertiary education for free. It is important to recall that public finance textbooks points to the “free riding” issue as the primary reason for under provision of public goods if financed by voluntary individual contribution. It is argued that there is no compelling encouragement for those with financial capacity to contribute the appropriate amount commensurate to the benefits they receive.

It is notable that the proposed law attempted to level the playing field between private and public tertiary institution, recognizing their complementary rule in tertiary education. This is done by providing for a tertiary education subsidy (TES) program for students in private HEIs and private-run TVIs to be managed by the UniFAST Board. Furthermore, unlike the program for students in public tertiary institutions, this explicitly provides for prioritization based on income using either the National Household Targeting System for Poverty Reduction (NHTS-PR) or other proof of income. In addition, the TES may cover room and board allowance, additional allowance for disability, and cost of getting professional license or certification.

No such similar explicit provision is proposed for students in public tertiary institutions. Covering the other costs, particularly room and board, besides tuition and other fees is critical if participation of students from lower socioeconomic classes is being encouraged. While this is somewhat inferior to an identical program for both public and private tertiary institutions proposed in the UniFAST, this is clearly a step in the right direction. The remaining issue is how the prioritization of students in the lower socioeconomic classes will be implemented.

Finally, it is also worth noting that the features of the student loan program introduced in proposed measure addresses the problem haunting existing loan programs such as the Study-Now-Pay-Later (SNPL) program: the very poor repayment rates, which earned the program the moniker “Study-Now-Pay-Never.”

The last known study that looked at the program puts the repayment rate at 2%. The law proposes to incorporate repayment into the collection system of the Social Security System and the Government Service Insurance System rather than through Commission on Higher Education, which is not equipped to collect loan repayments.

In addition, it mentions a clearly laudable provision which requires payment only when income of beneficiaries is above what is called “compulsory repayment threshold” (CRT), making it an income-contingent loan. Income contingent loans have the nice property that frees the beneficiary from paying the loan when his income is below CRT, which may be due not to his fault alone but can be also partly be due to the quality of education he got.

To lower the likelihood that beneficiaries will earn below CRT, there is a case here for being selective on which tertiary institutions programs are eligible for student loans financing. This is the reason why the UniFAST law provides for certification of which tertiary institutions and programs will be eligible for publicly funded StuFAPs. The results of professional board examinations putting average passing rate around 40% and the proportion of faculty with graduate degrees show that many of the tertiary education institutions and programs are clearly not performing well. This should justify the hesitation of making all tertiary education institutions eligible to provide educational services that are funded by general taxes if the objective is to “ensure optimized utilization of government resources in education.”