Failure of the legal system: A challenge to Filipino lawyers 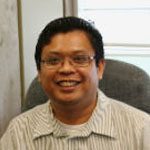 Facebook Twitter Copy URL
Copied
As part of the legal system myself, an educator in the field of criminal justice, I say, we are losing, and we are losing poorly. We carry a heavy burden because the public call for blood is our own doing.

The Philippine legal system is a miserable failure. It has produced lawyers who are adept in using the law to pervert the law. And I say this with so much pain because I worked with many dedicated Filipino lawyers.

First, many bright young lawyers are frustrated by the fact that to win a case, they need to pull connections. Even if they have produced a well-crafted motion or brief, even if they spent numerous hours of doing legal research, all these may be thrown away if the opposing party uses extra-legal tactics. In the legal profession, this is called “gapangan“.

That is why many of the laypersons I interviewed would say, “Kaya naman kasi gapangin ang piskal o judge.” (They can make arrangements with the fiscal or judge.) A hard reality is striking: the law that they read in the books is very different from the law that they practice. And it would be considered naiveté for the bright young lawyers to insist on the ideal. As one lawyer I talked to said: “Wala kang maipapanalong kaso kung puro galing ka lang sa papel.” (You can never win a case if you rely on the formalities).

Second, confronted with these harsh realities, bright young lawyers adapt to this practice. They become socialized in the realities of the law profession. Though many of these lawyers want to maintain a corrupt-free identity, they are, in one way or the other, forced to play to the “tune of the music.”

That is where the law fraternity connections come into play. Law fraternities are, by nature, very idealistic student organizations. They fight for the rule of law, for nationalistic aspirations, for service to the people. However, all these idealistic visions of the law fraternities are temporarily suspended, and the social capital accrued in the connections are the ones maximized. That is why it pays if the judge or justice is a “brod.”

Aside from the fraternities, other forms of social entanglements can be maximized: familial relations, classmates in law schools, coming from the same province – the traditional strength of the Filipino social relations. These are all utilized, one way or the other, to get an edge in winning the case. Thus, to be a good lawyer, it pays to be adept at both the formal elements of the law (the technical side) and the informal elements of litigation (the political side).

They need to know when or which tactics to use in a particular case or context. The capacity to switch between “santong dasalan” (soft or diplomatic way) or “santong paspasan” (tough way) will elevate them in the community of lawyers. While there are instances that lawyers can win on merit alone, most lawyers I talked to lament that these are rare instances indeed. Third, these harsh realities affect the legal careers of many lawyers: many of the appointments and promotions are based on personal connections. Judges who are efficient in court administration, as measured by the speedy disposition of their cases, for example, are not promoted, if they do not have connections to the appointing authorities.

The disconnect between promotions and merit translates to a culture of inefficiency in the court management. Some inmates in jail are undergoing trial for as long as 15 years, yet judges who have heard these cases are promoted anyway.

Thus, currently, we have a very legally cynical public. Filipinos do not trust the legal system. They would rather approve the action of a police officer to summarily kill a drug pusher rather than try the offender in front of a judge who may likely use technicalities to dismiss the case.

And they cheer when the President of the Republic, who is a former prosecutor, calls for the sidestepping of due process and human rights of the suspects, with the belief that we need to cleanse first the corrupt legal system before we can even introduce any meaningful reforms. And I understand their frustrations and pain. The popularity of the President is rooted in a genuine reality: the brokenness of the legal and criminal justice system.

Thus I say with a heavy heart that the legal system is a massive failure. As part of the legal system myself, an educator in the field of criminal justice, I say, we are losing, and we are losing poorly. We carry a heavy burden because the public call for blood is our own doing. Mga panyero, tayo ang may gawa niyan. (My friends, we are the cause of this.)

But we should not take this sitting down. May I call on all lawyers, judges, prosecutors, legal scholars, who are truthful to their profession, please stand up and be counted! Let us do our fair share to improve the criminal justice system. Let us be truthful and honest.

Or else, the public sentiment that calls for blood will eventually wipe us all out.

If you are a lawyer who makes this commitment, or if you want to challenge a lawyer you know, please tag, pass and share. Let us re-sensitize them with the nobility of their profession. – Rappler.com

The author is assistant professor at the Department of Criminology and Criminal Justice of the Southern Illinois University in Carbondale.