Oct 5, 2017 10:00 PM PHT
Facebook Twitter Copy URL
Copied
Perpetrators of horrendous crimes are considered enemies of humanity, and can be tried and punished anywhere in the world by virtue of the principle of universal jurisdiction 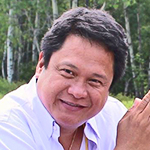 (Part 1: Ombudsman has power to probe Duterte for mass murders)

In a 6 -1 judgment, the UK House of Lords held that the late Chilean dictator Augusto Pinochet did not enjoy immunity from criminal prosecution for charges of torture (Regina v Bartle, March 24, 1999). In Regina, Lord Nicholls confronts what he describes as “the crucial question” of “whether the acts of torture and hostage-taking charged against Senator Pinochet were done in the exercise of his functions as head of state.” This, in light of Pinochet’s claim of immunity as a former head of state.

And it hardly needs saying that torture of his own subjects, or of aliens, would not be regarded by international law as a function of a head of state. All states disavow the use of torture as abhorrent…. But international law has made plain that certain types of conduct, including torture and hostage-taking, are not acceptable conduct on the part of anyone. This applies as much to heads of state, or even more so, as it does to everyone else; the contrary conclusion would make a mockery of international law.

Lord Nicholls then cites the Nuremberg Charter and judgment:

Under the charter of the Nurnberg International Military Tribunal (8 August 1945) crimes against humanity, committed before as well as during the second world war, were declared to be within the jurisdiction of the tribunal, and the official position of defendants,”whether as heads of state or responsible officials in government,” was not to free them from responsibility (articles 6 and 7). The judgment of the tribunal included the following passage:

“The principle of international law which, under certain circumstance, protects the representatives of a state cannot be applied to acts condemned as criminal by international law. The authors of these acts cannot shelter themselves behind their official position to be freed from punishment.” 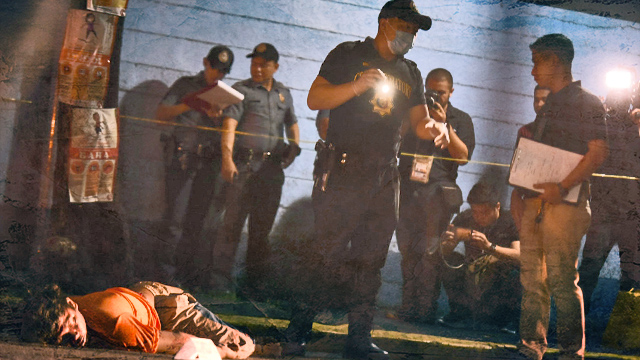 Perpetrators of these horrendous crimes are considered enemies of humanity, and can be tried and punished anywhere in the world by virtue of the principle of universal jurisdiction.

Under the principle of universal jurisdiction, enemies of humankind, like those committing piracy, genocide, slavery, torture, and various forms of war crimes and crimes against humanity, can be investigated, prosecuted, arrested, and held for trial anywhere in the world. No safe harbor should be provided international outlaws. That is why they are held to be triable or extraditable from anywhere in the world. States anywhere in the world have the duty to either try or extradite them to other countries for prosecution and trial.

Neither is there prescription of their offenses. Despite the lapse of long periods of time, they can still be held criminally liable for their despicable deeds, whether as the mastermind, instigator, planner, coordinator, or direct perpetrator. Nor can those enemies of humanity be given amnesty. Such is the case. For their crimes shocks humanity’s conscience and strikes at the very heart of the international civilized order. Those international crimes are jus cogens in nature and therefore ipso facto non-derogable at all times under any and all circumstances anywhere in the world.

No head of state can claim immunity from suit for crimes against humanity, genocide, and war crimes. These most egregious crimes against the international order violate the non-derogable principle of jus cogens, which is compelling and binding law, at all times and in all places in the world. Immunity is irreconcilable with the customary international law principle of jus cogens. No head of state can deviate from this peremptory norm of customary international law.

My Lords, the Republic of Chile was a party to the Torture Convention, and must be taken to have assented to the imposition of an obligation on foreign national courts to take and exercise criminal jurisdiction in respect of the official use of torture. I do not regard it as having thereby waived its immunity. In my opinion there was no immunity to be waived…. The international community had created an offence for which immunity ratione materiae could not possibly be available. International law cannot be supposed to have established a crime having the character of a jus cogens and at the same time to have provided an immunity which is co-extensive with the obligation it seeks to impose. (My emphasis)

Article 7 of the Charter of the International Military Tribunal, established under the London Agreement of August 8, 1945, says that in prosecuting and punishing “major war criminals of the European Axis”:

The official position of Defendants, whether as heads of State, or responsible officials in Government departments, shall not be considered as freeing them from responsibility, or mitigating punishment.

In its judgment of October 1, 1946, the International Military Tribunal (Nuremberg) explains the individual criminal responsibility of 19 out of 22 alleged war criminals convicted mostly for war crimes and/or crimes against humanity, thus:

The authors of these acts cannot shelter themselves behind their official position in order to be freed from punishment in appropriate proceedings.

… the very essence of the Charter is that individuals have international  duties which transcend the national obligations of obedience imposed by the individual State. He who violates the laws of war cannot obtain immunity while acting in pursuance of the authority of the State if the  State in authorizing action moves outside its competence under International Law.

During its 55th plenary meeting on December 11, 1946, the United Nations General Assembly, in resolution 95/1, affirmed “the principles of international law recognized by the Charter of the Nürnberg Tribunal and the judgment of the Tribunal.”

With or without the Rome Statute of the International Criminal Court, Philippine President Rodrigo Duterte and other state functionaries can be held accountable as enemies of humankind for supposedly instigating and orchestrating the widescale murder of civilians. Such crimes violate a peremptory or compelling norm of international law, which permits of no exemption or justification at any time anywhere.

It means that despite, for instance, the declaration of a state of emergency, state actors cannot justify the commission of crimes against humanity, for such is considered to be a violation of this peremptory norm of customary international law, also known as the principle of jus cogens. In the hierarchy of international law, visualize jus cogens or peremptory norms of customary international law as occupying the highest rung of the ladder, whose violation permits no exception or justification whatsoever, at all times, anywhere in the world. Such violation stings humanity’s conscience, shocks our very core, and assaults the international public order. – Rappler.com

The author is a lifetime member of the Integrated Bar of the Philippines. He holds a Master of Laws (LLM) degree in American Law for Foreign Lawyers and an LLM in Human Rights (Honors). The views expressed here are exclusively his. He does not represent any group or institution.