Oct 9, 2017 1:00 PM PHT
Sylvia Estrada Claudio
Facebook Twitter Copy URL
Copied
The Mayo Clinic says that if you are a narcissist, 'you have trouble handling anything that may be perceived as criticism. You may have secret feelings of insecurity, shame, vulnerability and humiliation. To feel better, you may react with rage or contempt and try to belittle the other person to make yourself appear superior.' 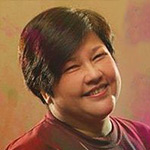 People have been asking me recently about this personality disorder. So I thought this might be a good opportunity to explain about one type of mental illness.

To make life simple, I will refer to the Diagnostic and Statistical Manual  V of the American Psychiatric Association. This is the “bible” of mental health professionals in many parts of the world including the Philippines. It is also used by insurance companies and in courts to identify mental illness. It is a guide to diagnosis, treatment and research. The DSM V is a thick book that presents various criteria that need to be met in order to make a diagnosis of a specific mental illness. In short, if you’re in that book, then you have a mental disorder, and if you are not, then you don’t have one.

While the patterns of thinking, feeling and behavior are very different from what the culture requires for them to function well with others, those with a personality disorder may not be aware of their illness because their patterns appear normal to them. 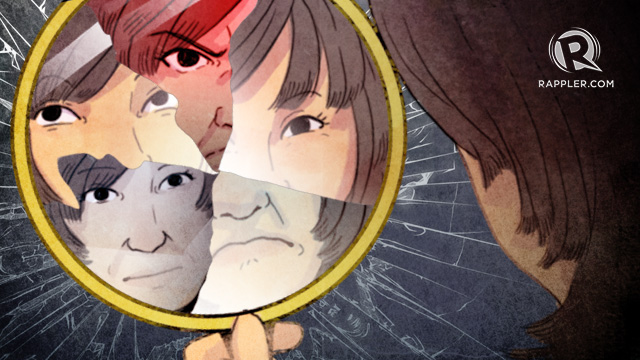 People ask me, “Are these people crazy”? Well, “crazy” is not a term mental health professionals use. But people with personality disorders are sufficiently in touch with reality in the sense that they don’t have the delusions, hallucinations and bizarre actions that are obvious signs of mental illness.

Unfortunately for their families and society, those with personality disorder may go through life as not overtly ill or “crazy”. The problem can be hidden for decades and only those who are close suffer the consequences of the illness. Those suffering from narcissistic personality disorder for example, can become charismatic leaders who can fool large numbers of people.

Those who may wish to read the “official” definition of narcissistic personality disorder of the DSM may read it here.

But for the layperson, we can refer to the well-renowned Mayo Clinic that describes it as: “Narcissistic personality disorder is a mental disorder in which people have an inflated sense of their own importance, a deep need for admiration and a lack of empathy for others. But behind this mask of ultraconfidence lies a fragile self-esteem that’s vulnerable to the slightest criticism.”

Mayo Clinic goes on to say that if you have this disorder “you may come across as conceited, boastful or pretentious. You often monopolize conversations. You may belittle or look down on people you perceive as inferior. At the same time, you have trouble handling anything that may be perceived as criticism. You may have secret feelings of insecurity, shame, vulnerability and humiliation. To feel better, you may react with rage or contempt and try to belittle the other person to make yourself appear superior.”

In my own experience, women are very often the target of narcissists because our society allows the person with narcissistic personality disorder to see them as inferior. Male narcissists also are more enraged by women who criticize them because women are expected to show subservience and admiration for men.

Many clinicians also note that these people lie without compunction because it helps them control or manipulate others. When caught in a lie, narcissists will counter-attack and add counter-allegations. They will never admit or apologize for the lies. Their public persona matters to them so that anything that can be seen as diminishing this will be met with rage and intimidation.

On the other hand, narcissists can act very nicely to people in a utilitarian sort of way, such as to their fans or admirers, when they want people to like them more and work to meet their needs and goals.

How to spot a narcissist

In his book “Dangerous Personalities” Joe Navarro, a former FBI profiler, talks of his interviews with people who were victims of someone with narcissistic personality disorder. He talks about how a narcissist thinks. Here are a few highlights that add to our picture of the narcissist:

1. I have no need to apologize. You, however, must understand, accept, and tolerate me no matter what I do or say.

2. Most people don’t measure up. Without me to lead, others would flounder.

3. I appreciate that there are rules and obligations, but those apply mostly to you because I don’t have the time or the inclination to abide by them. Besides, rules are for the average person, and I am far above average.

4. I may seem arrogant and haughty, and that’s OK with me.

6. I will criticize you and I expect you to accept it, but if you criticize me, especially in public, I will come at you with rage. One more thing: I will never forget or forgive, and I will pay you back one way or another because I am a “wound collector.”

7. If you would just do what I say and obey, things would be better.

Navarro notes that narcissists will associate with “the power-hungry, the unscrupulous, profiteers, opportunists, and social predators.” People whom, Navarro notes, “you would not trust to park your car.”

Have you met anyone with narcissistic personality disorder? Are they your boss or your loved one?

If so, seek help for yourself and for that person as soon as possible. – Rappler.com

Sylvia Estrada Claudio is a Doctor of Medicine and has a PhD in Psychology.