Democracy under threat: We will shine the light, we will hold the line 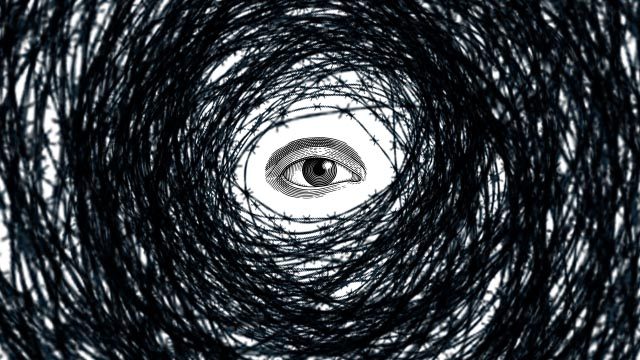 Facebook Twitter Copy URL
Copied
'Like many, I fear that the pendulum of democracy is swinging the other way globally, enabled by social media,' says Maria Ressa when she accepted the National Democracy Institute's W. Averell Harriman Democracy Award on November 2 (US time)

We at Rappler are extremely thankful that on this day, the International Day to End Impunity Against Journalists, our work and our struggles are being recognized by the National Democratic Institute here in the United States and, just a few hours earlier, in Amsterdam by the Free Press Unlimited.

I’ve been a journalist for more than 3 decades, and as a conflict reporter, war zone correspondent, I’ve never gotten as many threats as I get now as a founder of Rappler. So you know we’re living through through a moment of history.

This is one of those moments, where the mission of journalism has never been stronger – and despite the online and the offline attacks against us, we find the courage to hold the line.

I’ve had the privilege to report on people power movements and the end of one-man authoritarian rule through much of Southeast Asia, starting with people power in the Philippines in 1986. It was an exciting time to start my career.

5-and-a-half years ago, we started Rappler with the belief that technology – social media – strengthens people power exponentially. And we rode the crest of social media adoption – growing 100 to 300% in our first few years – quickly becoming one of our country’s top online news sites. We scaled fast because of social media.

The Philippines is a Facebook country – nearly 97% of all Filipinos online (you’re talking about roughly 58 million Filipinos) 97% are on Facebook. It is our public space – one that – when Rappler began – truly strengthened democracy and empowered us. We were proof of social media for social good.

Perhaps because we lived online, we were the first to document the weaponization of social media from July to August of 2016.

Today, I watch with horror as authoritarian leaders in many countries around the world use social media’s exponential power to spread propaganda, use anger and hate, to manipulate their people and to create alternative realities.

Like many, I fear that the pendulum of democracy is swinging the other way globally, enabled by social media.

In the Philippines, the failure of elite politics to deliver democracy’s promise paved the way for the rise of Rodrigo Duterte and a drug war that’s killed thousands. I can’t give you the exact number because that certainty is also a casualty in our war for truth.

When we published our social media propaganda series in Oct 2016, we proved the online ripple, using investigative journalism to ferret out and show – for example – how 26 fake accounts can impact up to 3 million other Facebook accounts in the Philippines.

Right after that series was published, we were pounded by online attacks. For about a month, I received an average of about 90 hate messages per hour.

Data that we’ve collected in nearly two years show how disinformation was deployed by what we now call the propaganda machine.

We’re six months ahead of you: we elected our president 6 months before you did.

When a lie is said 10 times, Truth has a chance to catch up…but when it’s repeated a million times, it becomes the Truth – especially when it’s backed by online state-sponsored hate exploiting the fracture lines of society – among them in the PH, the gaps between the rich and the poor, the rural provinces against imperial Manila.

Journalists are no longer the gatekeepers to the public space. We’ve lost that role.

To the tech companies running their platforms, I appeal to you to take action – be transparent…to be accountable. You’ve built a city. Now put the traffic lights in place so that the cars don’t crash into each other. Stop the impunity.

We are seeing free speech used as an excuse for posts that incite hate and violence deployed against people like me – against the journalists, activists, and anyone perceived to be critical of government.

Rappler is not anti-government; we are not anti-Duterte. In fact, he recognizes our coverage of his campaign helped get him elected.

We’re journalists, and we will not be intimidated.

To the men and women of Rappler, good morning. This award is for your hard work, your sleepless nights, and most of all, your courage.

We will shine the light.

We will hold the line. – Rappler.com