Masters of the art of compromise

Feb 29, 2012 10:01 AM PHT
Benjie Pineda
Facebook Twitter Copy URL
Copied
Is the termination of the case a childish expression of disgust or a calculated move on the part of the prosecution? 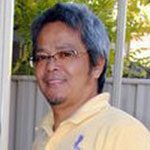 The sudden move by the prosecution to terminate its presentation of evidence is plainly a political statement against the impeachment court. The implied message is that the court failed to exercise its constitutional mandate when it chose not to force witnesses from the High Tribunal to testify.

The suggestion further goes that while the prosecution did everything within its competence and reach (which could arguably be not that much) the Senate opted instead to tread the path of extreme caution, choosing to avoid a confrontation against a patently more determined and assertive Supreme Court.

The dropping of the 5 other charges is reported to have been contemplated on by the prosecution weeks earlier. But the resting of the case was apparently finalized after the Senate refused to subpoena witnesses from the Supreme Court.

The prosecution tried to press the impeachment court to assert its authority but instead got a public admonition on pushing the prospect of a constitutional crisis. The prosecution pleaded, to no avail, that its hands are tied by the February 14 resolution of the Supreme Court preventing any of the latter’s personnel to testify in the impeachment trial without prior approval of the Supreme Court en banc.

The public embarrassment of the prosecution members last Monday continued, for like errant school children, they were even advised to use their imagination and find their own means of inviting sensitive witnesses like Associate Justice Ma. Lourdes Sereno, and not rely solely on the power of summon of the impeachment court.

The abrupt termination of the case presentation can, therefore, be either a mere childish expression of disgust by fumbling lawyers or a calculated move by shrewd politicians to put the onus back on the shoulders of the senator-judges while at the same time washing their (prosecution) hands for the poor preparation and handling of the case.

Bear in mind, too, that the main reason an impeachment process is considered to be inevitably a political exercise is because the very actors involved, members of both houses of Congress, are political animals.

The senator-judges can thus read too clearly the message behind the rather surprising move by the prosecution. Again, this will necessarily have to be abrupt in order to get the desired political impact. Even the media can easily pick up the underlying politics and treat it as fair game.

Defenders and apologists of the impeached chief justice can also twist it and present the tactic as a face-saving gimmickry done at the expense of the Senator-Judges. As such, the prosecution has taken a very risky gamble that may simply backfire. It can provoke unnecessary antagonism from otherwise “friendly” or “undecided” members of the impeachment court.

The calculated results may in the end not be realized but instead compound the problems of the prosecution.

Then again the move may also be designed as a signal of an offer to compromise.

It can very well be that the prosecution is relaying the message that it can go along with the safe game of the Senate-Court, that it will stop in pushing the latter to a head-on collision with the Supreme Court, provided that certain concessions are granted.

Here, the bargain is likely for the crucial evidence on the peso accounts of the impeached Chief Justice to be allowed to stand. The prosecution may truly feel confident that the body of evidence presented under Article 2 of the impeachment charges, if left intact, is enough to nail down Corona.

Politicians, after all, are masters in the art of compromise. – Rappler.com

(The author is a former journalist and holds a master’s degree in governance and public policy from the University of Queensland.)