[OPINION] Divorce and the religious response

Mar 21, 2018 9:02 AM PHT
Jayeel Cornelio
Facebook Twitter Copy URL
Copied
The realities that necessitate divorce include: violence, infidelity, and abandonment. Instead of providing comfort, religion brings only oppression when often a romanticized image of the family is used against even the most dysfunctional relationships. 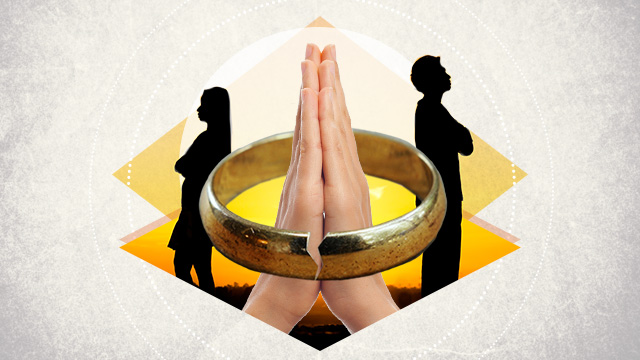 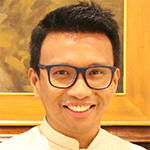 The tide has shifted.

In a matter of years public opinion has changed in favor of legalizing divorce. In 2005 only 43% of adult Filipinos agreed that separated couples should be allowed to divorce. At that time 45% disagreed. In 2017, those who agreed increased to 53% while those who disagreed went down to 32%. SWS describes the net agreement of +21 as moderately strong.

Although 15% remain undecided there is no indication that public opinion will roll back. Since 2011 surveys have consistently shown that there are more people who want divorce legalized in the Philippines.

How the trend is interpreted depends on one’s moral or religious worldviews.

For some people, that the Philippines does not have a divorce law is a badge of honor it shares with the Vatican. And it must remain like this at all costs.

In their view it reflects our society’s moral standing. We may not be as developed as other countries but this is our way of resisting moral decay. Recently one bishop even proclaimed that “the destruction of families by divorce is indeed a project of Satan, the enemy par excellence of God.”

(For the record the Philippines has a very specific provision for divorce under the Code of Muslim Personal Laws.)

For others, however, divorce is very much needed in the Philippines. Legal separation and annulment are provisions that are not only expensive and tedious. They also have their respective limitations.

Legal separation does not allow for remarriage while annulment places a lot of burden to show that the marriage that took place was void to begin with.

With justification, divorce addresses the limitations of these provisions. It recognizes that marriage existed and that divorced individuals can marry again.

What is interesting is that even Filipino Catholics themselves agree with legalizing divorce. 54% of adult Catholics agree as opposed to only 31% who disagree.

Clearly, these figures fly in the face of the Church’s official teaching that marriage cannot be dissolved. What accounts for the discrepancy?

Ordinary Filipino Catholics, in my view, do not entertain divorce just because they want to contradict their clergy.

They know that the Church values marriage. They do too. This is the reason getting married remains an ideal in Philippine society. In 2015 more than 1,000 marriages were solemnized on a daily basis.

At the same time, our society treats the abiding family as a source of happiness and meaning. This will make it difficult for divorce to become a quick legal remedy, as others might fear.

But ordinary Filipinos also know that not all marriages are made in heaven. Violence and betrayal are realities on the ground.

For these individuals divorce is needed not because they want to destroy families or their children’s future. They are simply aware that not all conflicts can be resolved in the context of marriage.

Today whenever divorce is brought up in church communities it is treated either as taboo or as moral depravity.

What exacerbates the problem is this: Too often a romanticized image of the family is used against even the most dysfunctional relationships. Passages from the Bible are even carelessly invoked in the name of marital sanctity.

Asserting it in this way neglects completely the realities that necessitate divorce: violence, infidelity, and abandonment. Instead of providing comfort, religion brings only oppression.

Hence for the religious to focus only on the divorce law is inadequate. Already the bigger issue is the reality of broken families in our society.

These are just some of the big questions at hand. Surely, religion, as an institution of hope, has something concrete to offer. – Rappler.com

Jayeel Cornelio, PhD is a visiting professor at the Divinity School of Chung Chi College at the Chinese University of Hong Kong. He is on leave from the Ateneo de Manila University where he is the Director of the Development Studies Program. Follow him on Twitter @jayeel_cornelio.