Facebook Twitter Copy URL
Copied
In these tough times, government officials must be wary of populist policies that could make matters worse. They should also avoid making callous remarks that tend to belittle the poor and add insult to their economic injury. 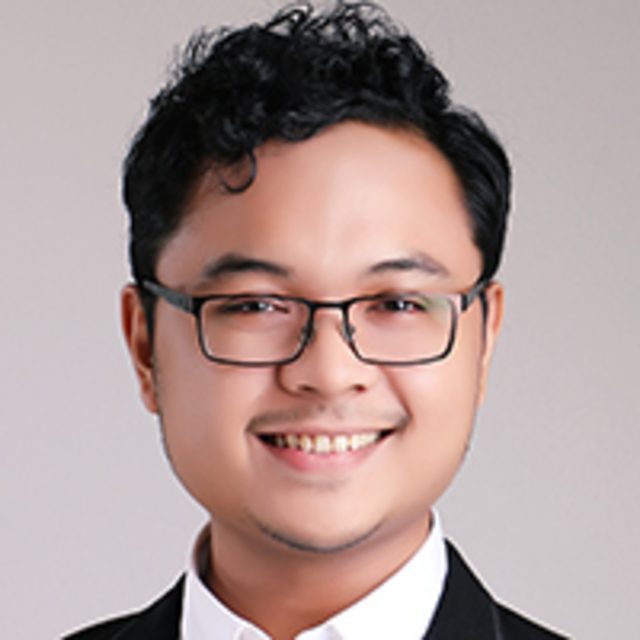 More and more Filipinos are reeling from the recent acceleration of prices, with little to no relief in sight.

Gas pump prices now hover between P55 to P60 per liter. Rice prices are at a 3-year high. Restaurants and food stalls have revised their menu prices upward. Your weekly budget for groceries might buy fewer items than before.

Why is all this happening? In this two-part series, I explain the causes and consequences of the recent inflation spike, and what government can do to cushion its impact.

In this first part, I explore the two international factors behind the inflation spike, namely higher world oil prices and the continued weakening of the peso against the US dollar.

In the second part, I focus on the role of TRAIN (President Duterte’s tax reform law) and explain why its timing could not be worse. I also outline the different policies government could pursue to abate the present economic hardship of our people.

In these tough times, government officials must be wary of populist policies that could make matters worse. They should also avoid making callous remarks that tend to belittle the poor and add insult to their economic injury.

Figure 1 summarizes where we are. In April, the country’s inflation rate – which measures how fast prices are rising – has reached 4.5%.

This level, the highest in over 5 years, is above and beyond the Bangko Sentral’s upper target of 4% for 2018. Forecasts suggest inflation may have risen even more in May.

The situation is worse if we stick to the original 2006 base or reference year, in which case inflation in April actually reached 5.1%, the highest in more than 6 years. Why is inflation so high? I want to focus first on two international factors that could explain it: the recent surge in oil prices and the continued weakening of the peso.

In a previous piece, I noted the sudden but welcome plummeting of world oil prices in late 2014. I said, “For a lot of motorists out there, the sharp drop in gas prices may well be the best Christmas gift they’ll receive this year.”

I also said that the plunge in oil prices was borne largely by a combination of weaker demand and stronger supply in the international oil market.

But now, more than 3 years later, the tables have turned: world oil demand has strengthened while world oil supply has weakened, thus the comeback of high oil prices.

Figure 2 shows that the international benchmark called Brent Crude is at a 3-year high, breaching the $80 per barrel mark for the first time since late 2014. Why the uptick? It’s basic supply and demand.

On the one hand, world oil demand is higher because economic growth worldwide is brisk.

In January, the IMF revised upward its forecast for global GDP growth in 2018 and 2019, from 3.7% to 3.9%. As world production grows – especially in emerging economic behemoths like China and India – so does the demand for petroleum products like gasoline or diesel.

On the other hand, world oil supply has gone down for a variety of reasons.

First, the Organization of Petroleum Exporting Countries (OPEC), an oil cartel, decided to cut its production till end of 2018, jacking up oil prices and increasing their profits.

Second, Venezuela – which sits on top of the world’s largest oil reserves – is currently gripped by economic and political turmoil, and this has led to a collapse of its oil production.

Third, US President Donald Trump’s decision to pull out of the Iran nuclear deal and reinstate “powerful” sanctions could effectively choke Iran’s oil exports. This is bad since Iran is currently the world’s 5th largest oil producer.

Will oil prices continue to rally for the rest of 2018?

There are hopeful signs that the surge might be ebbing away. A few days ago, world oil prices ticked downward on news that US oil inventories might soon go up. Saudi Arabia and Russia also indicated they might bump up their production to fill the global oil shortfall.

But oil prices may also continue to rise (or settle at high levels) if geopolitical tensions persist, including conflict in the Middle East and the diplomatic row between the US and Iran. Venezuela’s crisis is also unlikely to disappear any time soon.

In the Philippines, higher world oil prices have been particularly painful because of the weaker peso and TRAIN.

Figure 3 shows that the peso-dollar exchange rate is at a 12-year low, hovering around P52.3 per dollar in May. As I explained before, a weaker peso is not necessarily bad. But it certainly makes imported commodities – including oil – costlier. In other words, the weaker peso amplifies the impact of higher world oil prices.

Moreover, there’s reason to believe that the peso will weaken against the dollar even more.

To wit, the US Federal Reserve has hinted it might raise its key interest rate at least once more in 2018 to temper the US’ own inflation rate. This will attract investors to the US, and as local investors leave the Philippines they will flood the local market with pesos and lower its value against the dollar.

Although a weaker peso is good for the country’s dollar-earning sectors (like exporters and OFWs), higher inflation could easily counteract the purchasing power of their extra earnings.

The remittances sent by OFWs, for example, might be higher, but their families at home will face higher inflation, leaving their purchasing power not much larger than before. – Rappler.com

(Part 2: Is TRAIN to blame? What can government do to cushion the impact of higher inflation?)