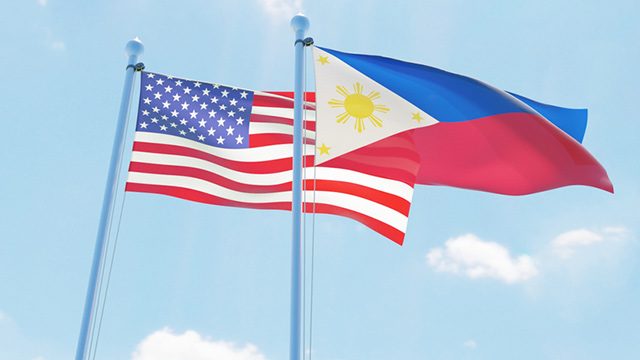 Over the past 18 months, I have been touched by the warmth and hospitality of the Filipino people; I am honored to call so many Filipinos friends. Every day, it seems, I am gratified by the depth and breadth of the US-Philippine relationship. At the Embassy, we often talk about the United States and the Philippines being friends, partners, and allies. And it seems this is a perfect time to highlight just how apt that description is.

The US-Philippine friendship is built on shared sacrifices and shared values. It also is built on people-to-people ties, forged through education, exchanges, family connections, and travel.

There are more than 300,000 US citizens living and traveling in the Philippines at any given time, and an estimated 4 million US citizens of Philippine ancestry. Nearly every person I have met has a family member in the United States.

I also am constantly struck by our extensive, long-standing educational ties, which we have worked hard to continue building. In one important example, it was an honor to celebrate the 70th anniversary of the formation of the United States Educational Foundation in the Philippines earlier this year.

Among its many contributions to our enduring friendship is the Philippine Fulbright program – the oldest continually-running Fulbright Program in the world. That highly respected program has sent more than 3,200 Filipino scholars to the US and brought more than 1,000 US scholars to the Philippines. Among these are some of the Philippines’ highest achieving artists, scientists, and public servants. Building on this success, the EducationUSA program has helped thousands of Filipino students study at US colleges and universities. This year, EducationUSA held fairs for Philippine students in Manila and Cebu City, with 34 US schools in attendance.

As we think about friendship and family, we naturally want to protect the future generations. In one example, our friendship was reinforced when the US joined with the Philippine Dangerous Drugs Board and the 26th Annual National Youth Congress that successfully engaged young Filipinos to promote drug abuse prevention in May of this year. We partner with the DDB to fight the scourge of illicit drugs through community programs and drug demand reduction.

In another example, 5 years ago, the United States Agency for International Development (USAID) embarked on a project to detect, treat, cure, as well as prevent the spread of tuberculosis. Over the last decade, USAID provided over P4 billion to support the Philippines’ goal of eliminating TB by 2035. As a result, more Filipinos have access to state-of-the-art TB treatment and protection health services, which are curing more and more people.

The US-Philippine partnership has made itself evident time and again throughout the years. That partnership has been particularly evident in addressing the challenges that followed the end of fighting in Marawi. Alumni of US government exchanges from Mindanao were on the frontlines of humanitarian and psycho-social efforts to address the needs of people displaced by the fighting.

Now, through the US Embassy’s year-long P18.5 million #ForMindanao campaign, US exchange alumni are developing low-cost, high-impact projects to address the immediate needs of an estimated 13,500 out-of-school youth, university students, madrasa students, and women in Mindanao, as well as tackling the root causes of conflict and violent extremism.

The US-Philippine alliance is perhaps most evident in our two militaries’ long tradition of shoulder-to-shoulder training and defense cooperation. The Armed Forces of the Philippines and US military have long-standing ties going back to World War II, and this has contributed to regional security and stability throughout those many years. Every year the AFP and US military train together, including in high-profile exercises like Balikatan and KAMANDAG. During these annual exercises, our two militaries build effective and ready forces capable of responding to security challenges by focusing on a variety of missions, including mutual defense, counterterrorism, and humanitarian assistance and disaster relief.

The Philippines is by far the largest recipient of US military assistance in the region, supporting the AFP’s modernization goals through a variety of programs and initiatives. In the past few years the US has delivered millions of dollars of planes, ships, armored vehicles, and small arms to the Philippines.

A few examples demonstrate the point. Earlier this year, the U.S. delivered a Scan Eagle Unmanned Aerial System worth P687 million to the Philippine Air Force (PAF), which will provide unmanned intelligence, surveillance, and reconnaissance capabilities to the AFP.

Last month, the US provided personal protective equipment worth P178 million to the Philippine Marine Special Operations Group, which will also protect AFP members in the southern Philippines and Mindanao.

Last year, the United States donated two Cessna 208B air intelligence and surveillance aircraft to the AFP. Since then, the aircraft have enhanced the PAF’s counterterrorism capabilities and helped protect AFP members actively engaged in counterterrorism operations in the southern Philippines and Mindanao.

These are only a few of the inexhaustible list of wonderful programs, initiatives, and relationships that represent our two countries’ bond every day.

I have been honored to serve as US Ambassador to the Philippines for a year and a half. In that period, I am proud to say that we have built on more than 70 years of working constructively for the benefit of both our countries, and I expect that relationship to continue for decades to come. It is clear to me that our future is brightest when our two countries remain the closest of friends, partners, and allies. – Rappler.com

Sung Kim is US ambassador to the Philippines. He wrote this piece as the United States celebrates its 242nd Independence Day on July 4.