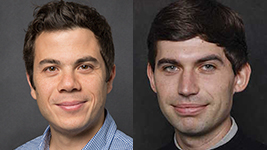 In recent months there has been significant debate regarding the merits of Chinese infrastructure financing. Chairman Xi Jinping’s signature Belt and Road Initiative (BRI) promises to reshape Eurasia and cement China’s great power status. But despite an obvious needed for infrastructure investment in the region, the downsides of such rapid and large financial flows are becoming apparent, posing a tricky challenge for debtor governments in balancing the significant opportunities against equally large risks.

As part of a broader trend towards warmer ties, Manila has increasingly looked to Beijing to fund the Duterte administration’s signature $180-billion “Build, Build, Build“ spending program designed to overhaul the nation’s infrastructure. China has proven a willing lender, offering more than $7.3 billion in financing for major projects including the $3 billion southern line of the North-South Railway, the $374 million Kaliwa Dam Project in Quezon province, and the $53.6 million Chico River Pump Irrigation Project, among others. However, this assistance has not come without controversy.

Although better than the rates available from commercial banks, commentators have noted that Chinese loans come with high interest rates (2-3% “at best“) relative to loans available from other willing lenders such as Japan (0.25-0.75%).  Others have raised concerns about a lack of competitive tendering. These worries have been amplified after Filipinos witnessed the fate of other nations that had received Chinese infrastructure financing – unable to repay loans on rushed projects that have not proven commercially viable, various governments have come under pressure to make concessions to Beijing such as exchanging their debt for Chinese equity in natural resources or strategic assets.

These developments have generated anxiety on both sides of Filipino politics. Describing China as a “merciless loan shark,” opposition lawmaker Representative Gary Alejano has frequently warned against the risks of uncontrolled borrowing from Beijing, and Vice President Leni Robredo has explicitly stated that the government fears it “might get stuck in a debt trap.”  In a worst case future scenario where Manila is unable to repay Chinese loans, Filipinos worry they may have to forego disputed territory in the West Philippine Sea in exchange for debt relief from Beijing.

The debate is not unique to the Philippines. Those more skeptical of China’s growing power, especially analysts based in the US and India, argue that the pattern of BRI lending – the offering of large “soft” loans for infrastructure projects in strategically located developing countries, before leveraging that debt for concessions when countries are unable to meet the terms of repayment – belies a broader geopolitical strategy. Others instead see China pursuing a domestically-focused agenda that is more chaotic than coordinated. While BRI beneficiary states do tend to adopt policy positions more friendly to China, such as supporting Beijing in multilateral forums (e.g. Cambodia’s blocking of anti-China resolutions in ASEAN), and ceding control over strategic infrastructure (as seen in Pakistan, where a Chinese firm recently secured a contract to manage the Gwadar Port for 40 years), it is difficult to attribute these actions to BRI-related leverage as opposed to independent decisions regarding the general national interest. Further insight will likely come in the future from governments as dispersed as Myanmar, Tonga, and Djibouti.

What lessons can the Philippines learn from other countries’ experiences? Under what conditions will a government be more or less vulnerable to Chinese “debt traps”?  To answer these questions, we consider the case of Sri Lanka as an illustrative example of the process whereby Chinese debt can translate into strategic concessions.

The basic lesson from Sri Lanka is simple. Needing to kick-start its economy following a long civil war, the then government of President Mahinda Rajapaksa eagerly accepted Chinese financing for a number of infrastructure projects. Between 2005 and 2017, Chinese investment in the country totaled close to $15 billion. The central problem was that a number of the projects – most famously a port and airport in Rajapaksa’s home district of Hambantota – failed to generate sufficient revenues to cover debt repayments. The long-term nature of infrastructure projects makes them especially tricky investments to price and plan, and the subsequent lack of commercial viability raised many questions regarding a lack of transparency in the decision-making process and the possibility that decisions to “build bridges where there were not rivers“ were made instead for personal or political reasons.

Rajapaksa lost a surprise election in early 2015, in part because of corruption allegations. The new government commenced promising to reverse and renegotiate some of its predecessor’s worst decisions but, facing a deteriorating macroeconomic situation and dearth of alternative financing sources, ultimately had little choice but to cede control of a strategic asset – the Hambantota Port – in return for debt relief. While the government insists that the port will never be used for military purposes, others around the region are not so sure. Meanwhile, India remains actively engaged in its traditional sphere of influence to counter rising Chinese influence, which does suggest some scope exists for smaller states to play the two sides off against each other.

Turning to the Philippines, there are, perhaps, grounds to be optimistic. First, in contrast to Sri Lanka under Rajapaksa, there is reason to believe that government officials are paying close attention to the risks that could come with Chinese loans. Most recently, Socioeconomic Planning Secretary Ernesto Pernia declared that the government is being “extra careful“ to ensure that Chinese loans do not become debt traps. This scrutiny appears to be flowing into Filipino laws, such as the inclusion of a provision enabling Congress to demand documents and information on foreign loans being negotiated by the executive in the federal constitution currently being drafted by the Consultative Committee.

Second, recent reports indicate that Manila is seeking to secure loan assistance for infrastructure projects through the Asian Infrastructure Investment Bank (AIIB) rather than directly from China. Regardless of the fact that the AIIB is led by China, because its loans will rely on international capital markets rather than Beijing’s pockets they are likely to feature much higher standards of transparency and accountability. Pursuing future projects in this way is a wise strategy because higher levels of transparency will increase the likelihood that projects are commercially viable and thus capable of generating the revenue necessary to fund loans.

Third, democratic checks and balances may also mitigate risks, especially if popular discontent with the impact of Chinese investments influences politics and elections. Filipino debt levels are currently sufficiently low to provide future governments much more scope to extract themselves from potentially bad Chinese debt than the Sri Lankans had in 2015. The newly elected Malaysian government’s moves to suspend three China-backed projects and renegotiate a 4th due to concerns about debt sustainability are instructive.

These factors will prove important moving forward. The Philippines’ infrastructure requirements are significant, with the Asian Development Bank recently estimating Manila will need to spend over $127 billion over the next decade. China could prove a valuable partner in covering these costs – the challenge for policymakers will be ensuring that loans target viable projects and debt remains sustainable. – Rappler.com

Darren Lim (@limdarrenj) is a lecturer and Victor A. Ferguson (@victoraferguson) is a PhD candidate in the Australian National University’s School of Politics and International Relations. Darren Lim’s recent research with Rohan Mukherjee on China’s economic statecraft in Sri Lanka is summarized here.

This article was originally published by Asia Pacific Pathways to Progress Foundation. The views expressed are the author’s alone and do not constitute official positions of APPFI.