[OPINION] In defense of mothers and others 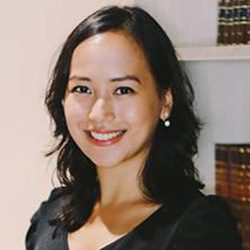 Around the time that the infamous i-pepe-dede-ralismo dance was busily plunging Philippine political discourse to the gutter, I was personally coming to terms with an image I had seen on my Facebook feed.

A friend had posted a picture of two bikini-clad Caucasian women lying on their surfboards. Two Filipino men who appeared to be surf instructors were guiding them through the water. The shot seemed to be taken from afar and above. The caption simply cautioned: men, let us not lose hope. Let’s call this second image as the “surfer women post.”

The timing of these two posts was striking for me.

One was their visual symmetry. Both were alluding to the female body as an instrument of power – whether to control discourse in the federalism debate or the subtle, seemingly innocuous kind of “overpowering” force that justifies male ogling, catcalling, and “don’t wear this so as not to get raped” logic that form part of our everyday struggles as women.

Equally remarkable was the general reaction they elicited – on one hand, many Filipinos (and Facebook friends) rightly expressed their outrage over Mocha Uson’s lurid treatment of important national issues and the “degradation of women and mothers,” as Harold Clavite of the Philippine Information Agency noted.

In contrast, the men who commented on my friend’s surfer women post celebrated it with a deluge of likes, hearts, and wows. When I expressed my rage through the (very effective) angry emoji, I was met with dumbfoundedness.

Another friend messaged me to clarify my anger. After all, the post, by implying that earthly (male) beings still have a shot with such heavenly bikini-clad bodies, seemed to glorify Woman. The post’s message was clear: look at these women, they are hot. They are generally out of our league, but look at this picture, they are talking to the locals! There is hope for men!

The contrasting reactions (condemnation vs. celebration) over these two posts perfectly illustrate how some men (even the pepe-dede defensive kind) miss the point. It’s as if praising women’s bodies and seeing them as heaven-sent make them any different from Drew Olivar portraying women as nothing more than breasts and genitals.

It’s easy to hate misogynistic posts like the i-pepe-dede-ralismo dance (and rightly so!) for its objectification of women, yet at the same time celebrating men who display women’s bodies as wow doesn’t scandalize (enough of) us.

As long as men objectify women in a positive way, it’s okay it seems, oblivious to the fact that both treat women as nothing more than their bodies. It’s the classic Trojan horse, where misogyny is forgiven because of the beautiful wrapping.

In Philippine legal and political discourse, there are three dominant images of Woman – the virgin, wife, and mother.

When Clavite criticized the i-pepe-dede-ralismo dance and asked Uson to leave office for “degrading women and mothers,” I couldn’t help but note that important addendum – mothers. Though well-intentioned, it gives the impression that we have to be some kind of woman to earn this protection.

There is a whole class neglected by this defense – girls who are too young to procreate, and women who can but choose not to.

Why can’t our defense be because it degrades women, period?

Women are depicted as virginity warriors, called to protect their virginity to death. Anything beneath that is consensual sex, as if genitals were thrust upon each other through no positive act on the part of the man.

In this way, rape cases continue to hinge the guilt of the accused (often male) on the actions of the victim (often female). This portrayal of Woman echoes the argument of conservatives who have ceaselessly opposed the Reproductive Health Law – abstinence is the best form of contraception.

After all, women should be protecting their virginity for the life of them anyway, so abstain to avoid pregnancy! Filipino women, as protrayed by this narrative, are compelled to only have one story – progressing from virginity to marriage to childbirth. The end.

But further inquiry into our intentions is necessary. We must locate the source of that angst. When I see images like my Facebook friend’s post, I come to wonder if the willingness of some of us to protect women is hinged on what these women have done (or are willing to do) with their bodies.

What are our reasons for defending women against sexism? Are they only worthy of protection because they are members (or potential members) of a family unit, those we deem “safe” to defend?

Then the inevitable question – are we prepared to defend the women in the margins, excluded by images of the virgin, the wife, and the mother spun by male institutions in our public narrative?

Benevolent sexism lives on in silence and maintains the harm. Don’t be fooled. – Rappler.com

Jenny Domino recently obtained her Master of Laws degree at Harvard Law School. She is currently a Harvard Fellow at ARTICLE 19, working on freedom of expression issues in Southeast Asia.