[OPINION] A prophetic oracle against murderers

Aug 18, 2018 1:30 PM PHT
Facebook Twitter Copy URL
Copied
Woe to you who call yourselves 'Christians' but do not care an iota about the victims of extrajudicial killings 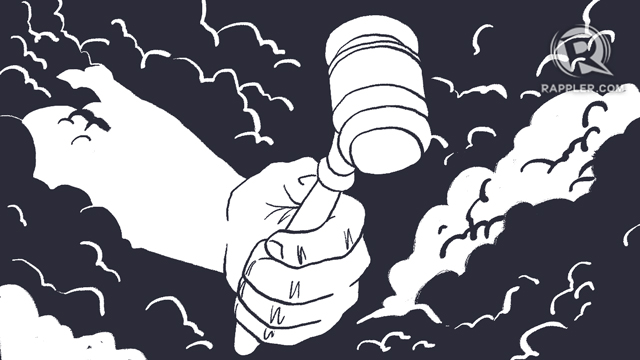 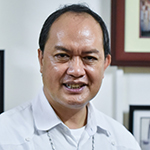 If the Israelite prophet Amos or Ezekiel were to prophesy in the Philippines today, this is what he would say:

The word of the Lord came to me thus: “Son of Man, I appointed you as a watchman for my people. Proclaim this oracle from housetops!”

Woe to you who call addicts “non-humans” deserving of death. Who gave you the right to pass judgment on people who are sick? You claim to care about the future of young people in this country. What future awaits them if they end up dead on a street alley after a “legitimate police operation”?

Woe to you who arrest and detain “drug suspects” without charges and extort ransom money from them and their relatives! You call yourselves “law enforcers” but have no regard for the law! You break into homes without search warrants; you arrest suspects without arrest warrants, you force “drug suspects” to work as assets and force them to point at other suspects for summary execution!

Woe to you who drive the poor victims of drugs more deeply into poverty and misery! You who neither respect human rights nor human lives. You who trample on people’s dignity because they are poor and are unable to defend themselves! You who eliminate addicts like chickens infected with avian flu – do you not care at all that your victims have wives who are driven into despair and hopelessness, and children who end up like stray dogs and cats in the streets, sniffing solvents to forget their hunger?

Woe to you who indiscriminately submit names of alleged “drug suspects” to the police, or casually drop their names in drop boxes, knowing that the “drug watch list” is also used as a “kill list”? Do you even realize that in doing so you are practically pronouncing the death sentence of a fellow human being? Listen! The voice that cries “Where is your brother?” now confronts you and asks, “What have you done? Your brother’s blood cries out from the ground!” (Genesis 4:10)

Woe to you who claim to be waging a war against illegal drugs but are killing its victims instead of saving them! You who order law enforcers to murder when their mandate is to protect the citizens and defend their right to a safe and secure environment. Woe to you who blindly follow unjust and unlawful orders! You who blindly obey the command to “kill drug suspects if they resist arrest!” Woe to you who plant evidence in order to justify murder!

Woe to you who pretend to care about the lives of your victims! You even bother to bring them to hospitals only to have them declared “dead on arrival”! Do you even get to sleep at night after writing a false police report, claiming that they had fought back when God knows they did not? Do you not have wives and children yourselves?

Woe to you funeral handlers who are in cahoots with the murderers. You shamelessly arrive at the crime scenes, way ahead of the police! You who circle around human carcasses like vultures, preying on their families while they are still in a state of shock, charging nonrefundable down payments and exorbitant funeral services! You low creatures who take advantage of the helplessness of the widowed wives and orphaned children of the victims, pushing them more deeply into the mire of debts just so they could give their dead a decent burial.

Woe to you who just stand by and watch while the masked killers kill their targets in broad daylight! You who dismiss the murder quickly with a toxic whisper: “Must be another drug suspect!” You stare at them sprawled on cold pavement and note the brains spilling out of their shattered skulls. You stall the traffic by slowing down your vehicle to take a close look, shaking your heads as you go your way. “It’s just another one of those low lives anyway,” you reason within yourself. It’s just one criminal less, one of those elements your family is being “protected from.” You do not even bother to cover the cadaver with a blanket or some sheets of newspaper. How long has it been since your consciences died?

Woe to you who would give “due process” to influential people who flood the country with billion pesos worth of illegal drugs, you rotten vermins who allow tons of shabu to pass through the green lanes of the Bureau of Customs, you who just sneer at your accusers because you have all the means to enjoy legal protection and remedy! Are not the poor who are hunted like rabid dogs and cats in the slums, citizens of this country as well? Are they not entitled to due process because they are poor?

Woe to you who cover your faces with bonnets, ski masks, or helmets, and murder drug suspects like chickens! You who wrap up your victims in plastic bags and packaging tapes and leave them still gasping for their last breath. You who play god and even bother to hang on your victims’ necks what you killed them for, not minding at all that you have acted as accuser, judge, and executioner – rolled into one? God knows who you are!

Woe to you law enforcers who pretend not to know who these serial-killing death squads are! They pass by your police stations, walk through narrow alleys in big groups, drive vehicles with no plate numbers, abduct, and murder “drug suspects”. But you neither see them nor apprehend them; you neither pursue them nor engage them in a firefight; you neither investigate nor bring to a resolution any of the deaths resulting from their criminal operations. How will these criminals be caught if the ones who should be pursuing them are partners in crime?

Woe to you barangay captains who are in collusion with killers! You who turn off street lamps and CCTV cameras on cue, except when the killers have failed to “coordinate” properly with you! How often have the families of your constituents run to you asking for CCTV footages and you’ve given the standard reply, “CCTV not functioning”?

Woe to you boatmen who, for a fee, drop the corpses of victims into the North Harbor with weights tied around their bodies so as to keep them from floating? You who have no qualms about literally following orders to “fatten the fish of Manila Bay”? How can your consciences give you sleep at all?

Woe to you who call yourselves “Christians” but do not care an iota about the victims of extrajudicial killings, or even about priests who are being murdered. You who can still afford to laugh even when your faith is trampled upon and your God is called stupid! You blind fools! You come to Church and hear the Word of God; you line up for communion to receive the Lamb of God who died for sinners, but you tolerate the murder of those whom he died for! Woe to you who call yourselves “shepherds” but allow your sheep to be slaughtered.

Because your crimes have reached the highest heavens, and the cries of the bereaved families of victims have been heard on the throne of Mercy, because you have been weighed and have been found wanting, therefore your names will be written on the walls of the deepest recesses of the underworld. You will stumble on the very swords you have used as weapons to bully the poor with. Your guilt will be borne by your children and your children’s children down to the fourth generation! – Rappler.com

Pablo Virgilio David is the bishop of Caloocan. This piece is his homily at the San Roque Cathedral on August 17, when a memorial marker was unveiled for Kian Loyd delos Santos, the 17-year-old student killed in a drug raid on August 16, 2017. Rappler is reposting this with the bishop’s permission.