Facebook Twitter Copy URL
Copied
Why are exports weakening despite a weaker peso? If we take the word of the economic managers, isn’t this puzzling? 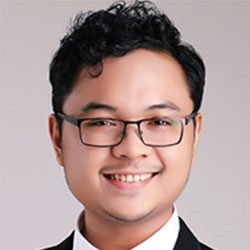 If you ask President Duterte’s economic managers, the weakening peso – now more than P53 to the US dollar – has an important redeeming value: it supposedly makes our exports “more competitive”.

Somehow, this hasn’t happened yet. Data show that our exports have in fact seen 6 consecutive months of negative growth since January 2018. Instead of growing, our exports are actually shrinking.

At the same time, exports of our regional neighbors are flourishing. In the first quarter of 2018, Philippine exports shrank by 5.5%, whereas Indonesian exports grew by 8.7% and Vietnamese exports increased by 25.1%.

Why are exports weakening despite a weaker peso? If we take the word of the economic managers, isn’t this puzzling?

Figure 1 compares the growth of our exports and imports side by side. You can see right away that, especially in the past few months, our imports have surged while our exports have contracted.

In June alone, imports grew by more than 24% since last year, but exports contracted by 0.1%. This is the 6th consecutive month of shrinking exports. A widening current account deficit reflects a growing gap between domestic saving and domestic investment. Hence, we’re becoming a “net borrower” from the world once more. (READ: Duterte’s “twin deficits”: What you need to know) At first it makes intuitive sense that a weakening peso should boost exports.

After all, exports are quoted in terms of foreign currencies like the US dollar, and a weaker peso means each dollar could exchange for more pesos. The law of supply and demand tells us a weaker peso makes our exports cheaper for foreigners, and they should demand more of it.

But in light of recent data, this theory doesn’t seem to work. How come?

Here are 3 possible reasons. First, the demand for exports and imports may not be too sensitive to price changes.

No matter how much we lower the price of exports, if the demand for exports is not sufficiently “price-sensitive,” export receipts may in fact go down rather than up.

This could happen if, say, exporters and importers cannot immediately change their orders, deliveries, and inventories amid the weaker peso. Over time, however, they can adjust more easily.

What makes this theory unconvincing, however, is that the peso has been steadily weakening since 2013. Haven’t exporters and importers adjusted yet?

Second, exports could be weakening despite a weaker peso because a large part of our exports are heavily dependent on imports.

For instance, did you know that for a long time our largest exports (electronic products) are also our largest imports?

As of June 2018, electronic products comprised 58.8% of the value of total exports, while at the same time comprising 25.3% of all imports. Semiconductors alone comprised 42.6% of exports and 17.1% of imports. By one account, as much as 70% of this industry’s inputs are imported.

A lot of what we’re exporting is therefore just assembled and packaged imports. To the extent that a weak peso makes imports more expensive, it should come as no surprise that import-dependent exports could be hurt (rather than helped) by a weaker peso.

This has led some economists to argue that we need to revamp our export industry so more of them belong to global production chains of higher value.

In other words, exporters of manufactured goods must diversify and produce more high-value goods (like cellphones, tablets, solar panels) rather than be stuck in back-end operations (like assembly, testing, packaging).

Third, our export sector is steadily losing out to competition in other ASEAN countries.

Last year foreign buyers canceled their orders of goods from Filipino exporters who were found non-compliant with international standards and requirements. These foreign buyers would rather place orders with Vietnamese or Cambodian firms.

Many manufacturers are also choosing to locate in Thailand and Vietnam, owing to the perceived worse business environment in the Philippines. Many small Filipino exporters also find it difficult to scale up their production to exploit larger markets abroad.

To be sure, President Duterte recently signed the Ease of Doing Business Act, and the Department of Trade and Industry also came up with the Philippine Export Development Plan for 2018-2022.

But before these new laws and plans become effective, they will have to come to grips with many domestic factors (like the TRABAHO bill and the push for federalism, which could turn off some investors and raise the cost of doing business, respectively) as well as international factors (like the burgeoning US-China trade war).

Exports in the doldrums

In the coming months, the peso is expected to weaken further against the US dollar, what with continuous imports for Build, Build, Build and the US Fed about to raise its interest rates further. (READ: Why is the Philippine peso the weakest in ASEAN?)

But as we’ve shown here, a weaker peso is no assurance of booming exports, in contrast to the claim constantly trumpeted by the economic managers.

Rather than justify the weaker peso this way, the economic managers ought to seek ways to address key structural issues that have long beleaguered the export industry.

These might include finding ways to integrate our exporters into higher global value chains, support small and medium enterprises venturing into foreign markets, or effectively bring down the cost of doing business.

Economic myths abound these days, even without the idea that a weak peso necessarily makes exports more competitive. Let’s disabuse ourselves of such notion. – Rappler.com