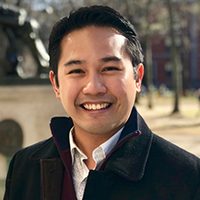 On the basis of the Local Government Code of 1991, the Philippines has developed what is called a devolved health system.

Devolution is a form of “administrative decentralization” wherein functions such as planning, decision-making, financing, and delivery of most health services are transferred from the central government to local government units (LGUs).

Hence, municipalities and provinces are responsible for a wide variety of tasks – from hiring local health workers and purchasing medical supplies, to running barangay health centers and hospitals and implementing disease prevention activities.

In most health policy discussions held in “Imperial Manila,” health system devolution is often deemed as the main reason why our national health system has failed to ensure healthcare access and improve health conditions.

Some argue that devolution led to healthcare fragmentation, lack of accountability, and even rampant corruption. To address these problems, one solution that was suggested was to recentralize healthcare and bring all health system functions back to the Department of Health (DOH).

One needs to be careful in making such sweeping statements and hasty recommendations.

Devolution is a complex feature of the health system with many components and dimensions. Unlike a medical intervention, it cannot be simply subjected to a clinical trial or a natural experiment.

Its effects on health system performance and ultimate health outcomes cannot be easily isolated, and attributing health system failure solely to devolution is both irresponsible and dangerous.

This is not to say that devolution cannot be understood and therefore must be treated as a given. Looking for local case studies that either demonstrate good or bad performance helps generate insights on how devolution is not really a dead-end, but rather can be fixed.

Last week, I attended the Health Leadership and Governance Symposium of the Zuellig Family Foundation (ZFF). For the past decade, ZFF, using its Health Change Model, has been training not only municipal and provincial health officers, but also mayors and governors on how to strengthen their local health systems and meet the health needs of their citizens especially the poor.

Engaging local chief executives and not just health professionals is critical, since in a devolved health system, they are the main decision-makers. Rather than countering the devolved system, ZFF instead “swam” with it.

One of ZFF’s sites, the province of Aklan, made huge investments in health – to improve existing hospitals, equip health workers, and strengthen referral systems. In 2018 alone, PhP 748 million or 38% of its entire provincial budget went to the health sector.

The provincial government also partnered with other local stakeholders to identify gaps and design solutions. As a result of these efforts, almost all of the top 10 causes of disease and death have decreased. “I want to make sure even the poor receives VIP treatment in our health facilities,” remarked Aklan Governor Florencio Miraflores during the symposium.

Bataan, another ZFF recipient, has set for itself the goal of becoming the province with the highest Human Development Index – which is a measure that combines health, education, and livelihood indicators.

Its governor, Albert Garcia, understands that to achieve this, the province must not only strengthen its healthcare system but also address the social determinants of health such as drunk driving and public safety. Interventions outside of the traditional health sector that target these factors have already shown decline in vehicular accidents and street crime.

Up to leaders, stakeholders

Unfortunately, despite the adequate decision space that LGUs do enjoy, not every municipality or province takes advantage of it in a way that truly benefits the people.

The problem is not that the decision space is too broad or too narrow, but how decision-makers are making good use of it, if not exploiting it for self-serving interests. And that is why organizations such as ZFF have been working hard to reorient local leaders to develop a genuine concern for health, adopt a broader systems-wide view, and make smart choices that improve health and save lives.

The problems with implementing devolution have a particular relevance to recent discussions around the proposed shift to a federal form of government.

Federalism, like devolution, decentralizes power and gives fiscal autonomy to sub-national units, specifically at the regional level. Because each region will have its own parliament, the decision space for health and other areas expands even further. However, similar to devolution, if the decision-making task goes to the wrong hands, intended health system goals will still not be achieved.

Hence, bigger decision space without the right safeguards such as the proposed Anti-Dynasty Bill will just perpetuate the culture of corruption that steals money away from people’s health.

Another ongoing development that relates to devolution is the proposal to create Service Delivery Networks (SDN).

The revitalized Universal Health Care bill that is currently deliberated in Congress enshrines SDN as an integrated unit of hospitals and primary care clinics convened by the province and covering different municipalities.

In theory, SDN should address health system fragmentation that comes with devolution, strengthen the referral system to ensure no patient falls into the cracks, and pool financial and human resources together for efficient and equitable use. SDN can also help enhance local government accountability – mayors and governors that are part of an SDN can exert pressure on each other to fulfill their commitments to public health.

At present, our devolved health system is characterized by islands of good practice in an archipelago still marked by underperformance and poor health outcomes.

How can we spread a positive “virus” of good health governance across municipalities and provinces? Here are three general recommendations.

First, we must ensure that good decision makers occupy the “decision space.”

It begins with electing leaders with real concern for the health of their constituents. Citizens must question candidates about their vision for the public’s health even before they get elected. And once these politicians are sitting in power, communities must continue monitoring their actions and holding them accountable. The decision space is strengthened when leaders deliver and citizens participate.

Second, while I argued for keeping devolution and making it work, this is in no way to absolve DOH of its responsibility as the country’s public health steward.

It should rethink its strategy in working with LGUs. During the ZFF Symposium, Governor Adolph Edward Plaza of Agusan del Sur urged the DOH Central Office staff to do a “deep dive” in municipalities so that they can develop national guidelines that are not detached from ground realities.

In addition, DOH can design innovative strategies to nudge municipalities and provinces that don’t deliver without violating local autonomy as enshrined in the Local Government Code. The Philippines can learn from examples from other countries with decentralized health systems.

For instance, in Mexico, Brazil, and South Africa, the federal government, invoking the constitutional right to health, can intervene in provincial and municipal health governance if these subnational units are not achieving national health objectives.

One option within our disposal is to use PhilHealth reimbursements to incentivize LGU-administered clinics and hospitals to provide quality health care and leave no one behind.

Finally, leadership development programs such as ZFF’s must be strengthened, sustained, and scaled up. At present, not all provinces and municipalities in the country are covered by ZFF.

Moreover, while the goal is to institutionalize good governance that defy electoral cycles, the reality is that there is a high turnover of health workers especially in poor areas and culture change in any organization takes time.

Pulling out the program prematurely may reverse progress and even bring back communities to square one. – Rappler.com

Renzo Guinto (@RenzoGuinto) is a physician and currently a Doctor of Public Health candidate at the Harvard T.H. Chan School of Public Health. He is also currently establishing PH Lab, a “glocal think-and-do tank” for generating innovative solutions for Philippine health, public health, and planetary health. He can be reached at https://scholar.harvard.edu/renzoguinto.