[OPINION] What the ICC withdrawal is all about 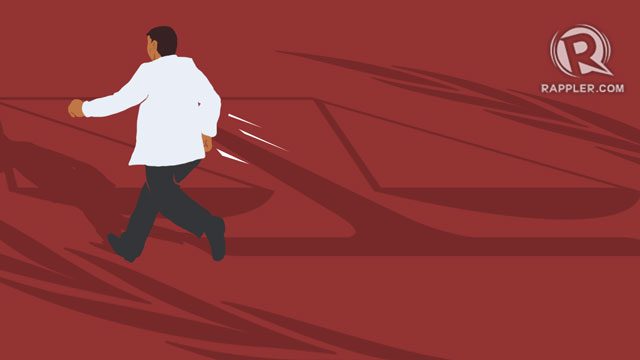 Facebook Twitter Copy URL
Copied
This controversy, at its most basic, is about one usurping the power that properly belongs to the sovereign Filipino people because he is scared of the shadow he himself has cast 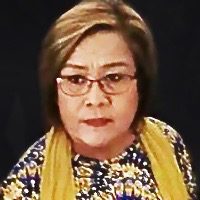 Something has been bothering me about the discussions going on about Rodrigo Duterte’s withdrawal from the Rome Statute.  For a long while, I could not point my finger on it.  Something just seemed…off.

It wasn’t until a couple of weeks ago, when I received letters from a group of 9th graders, that I started to zero in on what is off.

Pundits and mouthpieces have had their say.  And what they have been saying revolves around one man or, more pointedly, to the proposition that he can withdraw from the Rome Statute whenever and for whatever grounds he deems fit.  I think, during the oral arguments, it was even suggested that perhaps President can do so freely without citing any reason at all.

If there was anyone in today’s society that I deeply want to understand what the ICC withdrawal is all about, it is this group of 9th Graders and the Filipino people in general.

So I am writing this with them in mind.  I want them to understand what it is and it is not about.

If this were an ideal world, where democracy and the Rule of Law are never placed at peril, we would not need the ICC.

And if they did, they would assuredly be punished.  100% of all offenders, 100% of the time, offenders would be meted out justice.  The justice system, and especially the criminal justice system, will always be 100% reliable, punishing the guilty and exonerating the innocent.

This would be possible in an ideal world because no one would be too powerful or too influential to put themselves above the law.  No one would be so strategically entrenched into positions that shield and provide them with immunity that they are virtually untouchable.

There will be no opportunity – at all, not even an iota – for impunity.

But ours is not a perfect world.

Ours is not a perfect country.

Ours is a country whose history is written in blood.

We cannot agree to a repetition of history where victims of horrific violations of human rights never obtained justice in their homeland.

If we still harbor any doubt as to whether we live in a reality where checks and balances are essential to keep a powerful branch firmly in check, we need not doubt or wonder any further.  The framers of our Constitution explicitly made things absolutely clear: we, the sovereign Filipino people, ordained, and promulgated a Constitution that was driven by a passionate rejection of a concentration of power in one single person.

Our Constitution is a document that was born out of harsh reality, not blind naïveté.

It is in this context that the issue of Rodrigo Duterte’s attempt to withdraw from the ICC should be discussed.

The ICC withdrawal issue isn’t about one man.  Or even the power of one institution, the Presidency.

Our membership in the International Criminal Court  was the act of the sovereign Filipino people, not of the President.  The sovereign Filipino people acted through their elected representatives and, true, one of them is the President.  But he is not the only one.  The Constitution mandated that, in entering into a treaty such as the Rome Statute, the sovereign will of the people be manifested through the joint act of the President and the members of the Senate, all of whom are nationally elected public officials elected by the nation at large.  In the current roster of senators, several even garnered more votes than he did in the last election.  It is, therefore, commonsensical and legally proper for the members of the Senate to likewise be given the opportunity to express the will of the sovereign Filipino people on the matter of withdrawal.

The ICC withdrawal issue is about the people.  The sovereign Filipino people.  About protecting them from the awesome powers of the state when they are applied against the people, and not for the people.

We cannot agree to a repetition of history where victims of horrific violations of human rights never obtained justice in their homeland.

This isn’t an issue about power.  It is about accountability.

It is dismayingly ironic that one side claims absolute power and prerogative, when, precisely, the Rome Statute was entered into by the Philippines as a State party precisely to address the possibility that absolute power may, once again, give rise to tyrannical abuses and horrific crimes against the people, for which perpetrators ought to be held accountable.

Membership in the ICC is not a “fair weather” mechanism.  It is a recourse that becomes necessary under the harshest of conditions – when powers-that-be are most desperate to avoid answering for their crimes, and domestic mechanisms of accountability are rendered helpless or inutile.  Thus, attempts to withdraw from the Rome Statute will precisely be made by regimes who know they have committed abuses and now fear the repercussions.

The establishment of the International Criminal Court is not about colonialism.

He is not acting as the President here. He is acting as a potential respondent.

It is disheartening for this to even be suggested.  The Philippines actively participated in the drafting of the Rome Statute.  We nominated one of the current sitting judges of the ICC.

The Philippines, historically, also contributed to the body of International Humanitarian Law that the ICC upholds.  The name “Yamashita” might call to mind a mysterious bounty of lost riches and golden buddhas, but, in the realm of international law, he is the namesake of the so-called “Yamashita Standard” of command responsibility.

So this is not a tug-of-war between colonialist powers and Philippine sovereignty.  This is about nations of the world coming and banding together, in order to guarantee to each other that, should any of our peoples be at peril from tyranny and despotism, and be victims of the most heinous of crimes, an institution of universal justice can act when domestic systems fail or refuse to act.

Somebody opined that it is “pointless” for our country to stay in the ICC since the world’s superpowers – US, Russia, and China – are not members anyway.  But the ICC’s inquiry into the Philippine situation is not on crimes committed by any of these superpowers against our people, but state-sanctioned, widespread and systematic killings of a targeted segment of our civilian population, i.e., suspected drug offenders; hence, crimes against humanity. These crimes are attributed to Filipino perpetrators, induced by no less than the no. 1 official of the land.

This isn’t about risking potential embarrassment in our foreign relations, allegedly in the farfetched chance that the ICC rejects an attempt to withdraw the withdrawal.  This is about securing our people from crimes against humanity.  That is a badge of pride, not embarrassment. Furthermore, universal membership is the aim of international bodies, and much more so in the case of the ICC, which enforces compliance with jus cogens or universally obligatory norms. What government official would falter at the mere prospect of losing face if it is literally people’s lives that is on the line?

Finally, this isn’t even about the President as an institution, but about the individual currently occupying such position who is growing desperate to protect his own interest, as opposed to the interest of the Filipino people.  This controversy, at its most basic, is about one usurping the power that properly belongs to the sovereign Filipino people because he is scared of the shadow he himself has cast.

Is there any doubt that the real reason for Duterte’s withdrawal from the Rome Statute is to escape possible criminal prosecution in the ICC?  The withdrawal is his insurance that he will not be pursued for crimes against humanity in the ICC whether while an incumbent President or after.  It is to foreclose any possibility of being arrested to stand trial before the ICC in The Hague.  He simply wants to escape justice.  A whole treaty is being abrogated to serve the personal interests of one individual.

He is not acting as the President here. He is acting as a potential respondent.

Justice and accountability. Two words that criminals and cowards fear.

You may dread it. You may run from it.  But Justice still arrives.

Senator Leila de Lima is among the opposition senators who filed a petition before the Supreme Court questioning the withdrawal of the Philippines from the ICC. A fierce Duterte critic, she has been detained in a facility at the Philippine National Police headquarters for more than a year over what she called trumped-up drug charges.