[OPINION | Dash of SAS] Campus violence and toxic rhetoric – where are the adults? Facebook Twitter Copy URL
Copied
Those leaked conversations are a mirror of the hatred and bigotry that fuel violence. What happens next will be a litmus test for UP. 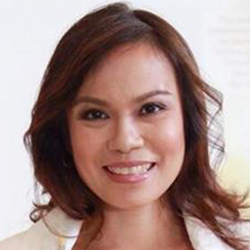 A friend and I were discussing the leaked conversations allegedly from a University of the Philippines (UP) fraternity and she asked me: “Should we care? We could just ignore the conversation as that of small-minded bigots.”

It’s easy to see why some adults would rather dismiss the leaked conversations as a verbal pissing contest among immature boys over who could be more vulgar, more racist, more sexist, and homophobic. But words are never just words. When spoken in an echo chamber like a locker room or a fraternity chat room, words validate depraved thoughts like “punching her in the stomach after you cum inside her so she doesn’t get pregnant,” they embolden depraved plans like “let’s get one of the cute brads to pretend to hit one of the LGBT and then beat them up.” This is how words are transformed from mere ideas into action. Words have the power to terrorize.

A UP Manila student who spoke to me on condition of anonymity said that there is an atmosphere of paranoia and fear that has spilled over from one UP campus to another. The leaked chats targeted women, Muslims, and the LGBT people, and now members of these communities feel threatened. The student I spoke to said she couldn’t help but look at fratmen classmates with newfound suspicion – especially after reading their comments about rape.

“It felt like a band-aid was ripped off and the deep dark underbelly of sexism was revealed. We are absolutely terrified. We don’t know if any of those involved will be held accountable,” she told me.

Another cause for alarm is how campus authorities – the adults – are handling the situation.

About a few weeks ago, two incidents of fraternity violence erupted between rival fraternities Upsilon Sigma Phi and Alpha Phi Beta. This was around the same time that the UP Fighting Maroons made it to the UAAP semifinals. This is important because while UP Diliman chancellor Michael Tan condemned the brawl and warned that guilty parties could face criminal charges and expulsion, he also said that UP’s UAAP victory “would not have been possible without the widespread support of all sectors, especially Nowheretogobutup, an alumni group where Upsilon Sigma Phi, Alpha Phi Beta, and all other fraternities of UP Diliman have been key players, working together to support our athletes.”

Tan went on to say that the elders of the two fraternities “feverishly worked together” to achieve a truce. Tan was criticized for conflating two different events to downplay the campus skirmishes.

Fast forward to fraternity chats spewing with rage and violence – a digital version of what was happening on campus – leaked to the public, and you have the current social media firestorm that is fanning the flames of campus tension.

Twitter is ablaze with reports of intimidation against students speaking up on fraternity-related violence. A Twitter user who is a prominent “campus progressive” reportedly got banged up a bit. I reached out to him on Twitter to verify the incident and to confirm if it was related to the fraternity issue, but have not received a reply from him as of this writing.

On campus, outraged students have started protesting. Many school organizations have released statements condemning all forms of fraternity-related violence. Some members of the fraternity in question have resigned and severed their ties to the brotherhood.

The UP Office of Anti-Sexual Harassment has called on the individuals mentioned in the leaked chats to come forward and file a complaint. Under the UP Anti-Sexual Harassment Code, the definition of sexual harassment includes “acts committed in verbally, visually with or without the use of information communication technology.” Unlike the national law on sexual harassment which is premised on a “superior and subordinate” power dynamic, the UP Code includes acts committed among peers.

Campus authorities need to be the adult in the room and step in to quell the tensions on campus – immediately. They cannot wait for students to come forward and file a complaint given the climate of fear and retaliation. You only need to look at the mauling incidents in India because of rumors spread on WhatsApp to see how quickly these things can get out of hand.

It also needs to acknowledge the sad and tragic truth about fraternities. The young men who are members of these fraternities because of their education and their connections (fraternity and otherwise), will likely hold positions of influence in the future. They are the sexist, misogynistic homophobes of today and the legislators, CEOs, and lawyers of tomorrow.

They are the junior version of Philippine feudal society where patronage secures political and business favors, and even a blind eye to certain transgressions. In their current state, they enable gang violence, not brotherhood. Fraternity-based violence like hazing and campus brawls known as “rumbles” are our version of US school shootings.

Those leaked conversations are a mirror of the hatred and bigotry that fuel violence.

What happens next will be a litmus test for UP.

The university has from its inception prided itself in its values of fighting for righteous causes and the championing of the oppressed, being subversive in the face of authoritarianism, and at every level, keeping power in check.

Will UP live up to the standards it has set for itself – can it be the adult in the room – when the power that needs to be checked is one of its own? – Rappler.com

Ana P. Santos writes about sex and gender issues. Her Rappler column, Dash of SAS, is a spin-off of her blog, Sex and Sensibilities (SAS).