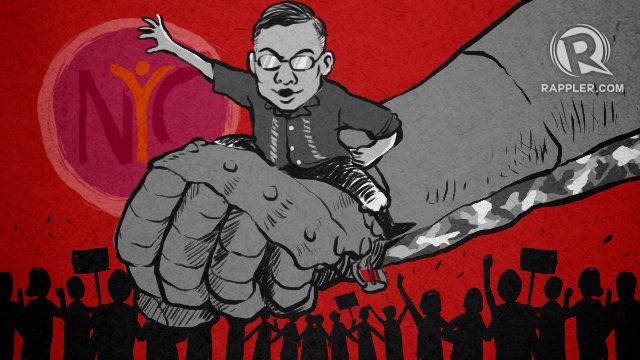 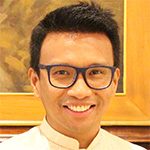 First things first: let us be clear about the role of the National Youth Commission (NYC).

The Youth in Nation-Building Act of 1995 created NYC. According to the law, the Commission has the main responsibility of shaping policy and encouraging the participation of young people in different government and non-government activities.

The law also mandates NYC to provide training and serve as the national secretariat for the Sangguniang Kabataan National Federation. In the international arena, it is the lead agency that represents the Filipino youth.

Clearly, NYC, which is composed of 6 commissioners and a chairman, has many responsibilities for our young people.

Nowhere in the law does it say that NYC must be the mouthpiece of the sitting president. On the contrary, the law is clear that it must be “independent” and “autonomous.”

But since Ronald Cardema was appointed chair in 2018, NYC has been weaponized to attack the enemies of the administration.

His first move as chair was to drop Ten Accomplished Youth Organizations (TAYO) Awards, which NYC hosted with the office of Senator Bam Aquino. Senator Aquino, it will be remembered, was the chair of NYC from 2003 to 2006.

Cardema has since proposed to replace TAYO with “The President Rodrigo Roa Duterte Youth Leadership Awards.”

Moreover, Cardema backed the President’s call to make the ROTC mandatory for senior high school students. In fact, NYC has also been making the rounds to push for the revival of mandatory Citizenship Advancement Training (CAT) for high school and scouting for elementary students.

His reasoning echoes Duterte’s drive for security. For Cardema, military training for the youth will turn them into “better citizens and will be vital in transforming the Philippine republic into a better, safer and a more powerful Southeast Asian Nation.”

His fetish to militarize the youth has reached its peak recently.

Early this week, Cardema called on SK officials around the country to resist youth leaders affiliated with the Communists. In his view, to report “all anti-government leftist propaganda” is a patriotic duty. “All of you…will use your government titles and offices in orienting and mobilizing the youth to be partners of our government [and] of our government troops.”

He conveniently forgets the fact that such calls threaten the lives of the very people he is mandated to protect and empower. The greatest casualty of red-baiting is the critical thinking that characterizes idealistic youth.

Worse, NYC has become a campaign tool. Early this week too, the Commission officially named Bong Go as the “Pambansang Kuya ng Kabataan.” The official resolution spells out Go’s contributions to the welfare of the youth in such areas as healthcare and sports.

Although the electoral impact of this title among young voters is doubtful, the fact that NYC has done it is travesty.

Raoul Manuel, national convenor of Youth Act Now Against Tyranny, is spot-on: “There’s a wide array of issues affecting the people, wala po tayong naririnig na statement or any press release from the National Youth Commission about that.”

In a way, nothing is surprising about these developments.

Cardema has served as the chair of Duterte Youth and the Kabataan for Bongbong Movement. Although Cardema has every right to pursue his political choices, the position he now occupies demands that he uphold the independence of his organization.

But that is wishful thinking.

In his worldview, militaristic patriotism is about being loyal to Duterte. Speaking before SK candidates in 2018, Cardema urged his audience to “be the strongmen youth leaders of your community and help our strongman leader Rodrigo Duterte in safekeeping your barangay…and together let us create a grander destiny for our nation.”

These words would have been inspiring if they did not come from Cardema. But even the choice of words is telling. To be a strongman is to rule with an iron fist.

When I was a student leader a long time ago, I participated in various youth gatherings around the country. NYC commissioners, alongside other youth leaders, were prominent in many of those events. They had inspiring stories to share about serving the country by helping fellow youths, especially those who did not have opportunities.

To think that our young people can be forced to love this country is foolishness. To love one’s nation is based on inspiration. It cannot revolve around a strongman. Nor can it be based on fear of an imagined enemy.

It is in this light that to inspire and empower is the mark of a good youth organization. But the NYC, under Cardona, has been weaponized.

It has in effect lost sight of its most noble calling.

Cardena thus needs to be reminded that the purpose of NYC is to “harness and develop the full potential of the youth as partners in nation-building.”

The mandate is clear. As the chair of NYC, he is to build the nation, not divide it. – Rappler.com

Jayeel Cornelio, PhD, is associate professor and the director of the Development Studies Program of the Ateneo de Manila University. A sociologist of youth, he is a 2017 Outstanding Young Scientist awardee of the National Academy of Science and Technology. Follow him on Twitter @jayeel_cornelio.