[ANALYSIS] Despite Duterte rhetoric, US military gains forward base in PH

Jan 31, 2019 9:33 AM PHT
Manny Mogato
Facebook Twitter Copy URL
Copied
It's a clear signal that the Americans will stay here, and in the region, for a long time 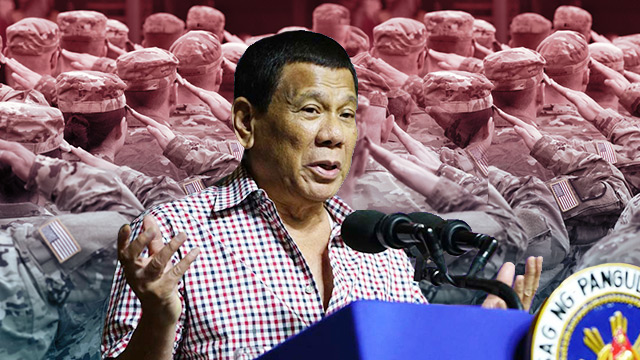 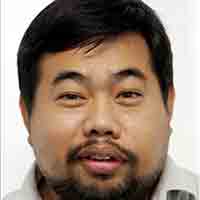 The United States has gained a forward base for its Pacific Air Force in the Philippines despite President Rodrigo Duterte’s rhetoric against the country’s oldest security ally and former colonial master and his pivot to China.

In mid-January, US Air Force F-16 “Fighting Falcon” fighter planes deployed from a base in South Korea landed at the Cesar Basa Air Base in Pampanga in a little-known military exercise known as the Bilateral Air Contingent Exchange-Philippines. This was meant to test the planes’ interoperability with the Philippine Air Force’s newly acquired FA-50s trainer jets.

Following that exercise, Washington can now rotate its air assets – fighters, transport, surveillance and refueling planes and perhaps bombers – in a strategic air base in northern Philippines, just minutes away from a potential flashpoint in the region: the Taiwan Straits and the South China Sea.

The forward deployment of US air assets in the Philippines is important in light of the increasing tension between Washington and Beijing in the disputed South China Sea, a strategic waterway where about $3 trillion of seaborne goods pass every year and where China has constructed man-made islands and begun installing military structures, including possible missile sites.

The United States Air Force has long been preparing for a return to Southeast Asia nearly 2 decades ago after the Pentagon noticed an uptick in Chinese activities in the region in the mid-1990s.

Chinese incursions increased after Washington abandoned one of its largest overseas air bases in the Philippines.

The US 13th Air Force used to be based in Clark Air Base in Pampanga, just a spitting distance from where it has rebuilt a logistics hub for its forward operations in Basa Air Base, but a Philippine Senate vote in September 1991 kicked them out of the base and nearby Subic Naval Base in Olongapo City.

The Americans left Clark Air Base in a big mess, buried by lahar from the eruption of Mount Pinatubo in June 1991. But they returned to their former home in early 2000, when the Philippines and the US agreed to sign the 1998 Visiting Forces Agreement (VFA), which allows American troops to come back for training and exercises in the country. (READ: Duterte wants VFA scrapped, but will ‘wait’ for Trump)

The need for a forward base in the Philippines was further reinforced after the US launched a war on terror following the deadly September 11 attack in New York and Washington in 2001.

US planes needed to refuel in several airfields in the Philippines from their bases in Okinawa and Diego Garcia in the Indian Ocean. Butch Abad, a former congressman and budget secretary in the Aquino administration, used to tell stories about people in the Philippines’ northernmost tip of Batanes waking up to US fighter planes landing at Basco airport in the dead of the night. Noisy helicopters would hover above villages to provide light and guide the fighters landing and taking off after refuelling.

Clark, as well as the airports in Mactan in the central island province of Cebu, were also used as refuelling posts despite the absence of a clear military agreement allowing such activities at the time. The VFA was vague on these pit stops by US planes during that period,

A study by the Rand Corporation in 2002 further argued for the need for US Air Force presence in Southeast Asia. Although the US has access to Singapore, the place is so small that when a military aircraft takes off, it would in no moment already be flying over Malaysian airspace.

Thus, the Philippines was chosen as a potential host and the Rand study even proposed a “rent-a-rock” arrangement – leasing under-utilized airfields in the country.

But US-Philippines relations soured after then-president Gloria Macapagal Arroyo pulled out a 50-member Filipino peacekeeping force in Iraq in 2004 following the kidnapping of a Filipino truck driver in Fallujah. It was a complete turnaround from when former US president George Bush designated the Philippines as a major non-NATO ally in 2003 during a visit to Manila.

After the Iraq fallout, Arroyo began flirting with Beijing, which rewarded her with more than $8 billion in investment pledges.

The election of Benigno Aquino III in 2010 gave the Americans an opportunity to fulfil what it failed to do during the Arroyo administration: seek a foothold in the Philippines.

China’s aggressive activities in the Reed Bank and later in Scarborough Shoal provided the Americans a big push to strengthen its alliance with Filipinos.

In 2014, both countries signed the Enhanced Defense Cooperation Agreement (EDCA) that allows US forces access to Philippine military bases and build logistics hub for humanitarian assistance as well as other forms of military cooperation.

Even before EDCA was signed, US surveillance planes – P3C Orion and P8 Poseidon – were already deployed from time to time in Clark to patrol the South China Sea. Years later, at the height of the Marawi siege in 2017, the planes would fly from Cebu to monitor and provide technical intelligence to the Philippine military.

A year later, 5 local bases were identified as initial areas where the US forces are allowed access. At least 4 of these locations are air force bases – Cesar Basa Air Base in Pampanga; Benito Ebuen Air Base in Mactan, Cebu; Antonio Bautista Air Base in Palawan; and the old Lumbia airport in Cagayan de Oro, which is now a military base.

The 5th location is an army training base in Fort Magsaysay in Laur, Nueva Ecija.

Indeed, even before Duterte was elected into office, the US Pacific Air Force organized in April 2016 the Bilateral Air Continent – Philippines, using Clark Air Base as a temporary base, to “help build the capacity of the Philippine Air Force in order to address local and regional security concerns.”

In addition to promoting interoperability and increasing joint training, the small contingent would also boost “air and maritime situational awareness to ensure safety for military and civilian activities in international waters and airspace,” according to the US Air Force.

And so barely a year after the US began construction of its logistics hub in April 2018 and other facilities inside Base Air Base and the Philippines completed repairs of its dilapidated airstrip in Basa, US fighter planes landed at its new home, a clear signal that Washington will remain in the region, and in the Philippines, for a long time – despite rhetoric from China-loving Duterte. – Rappler.com

A veteran defense reporter who won the Pulitzer last year for his reporting on the Philippines’ war on drugs, the author is a former Reuters journalist.